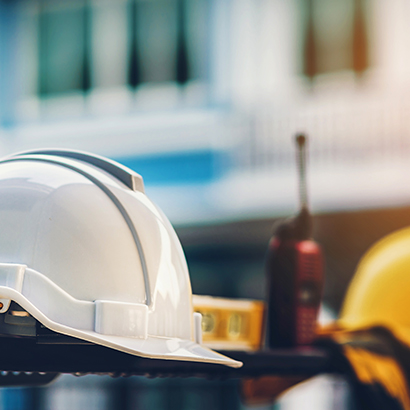 Represented Seymour Whyte Group, a national Australian infrastructure services provider, on an appeal relating to proceedings concerning a claim for a substantial payment under a Works Contract between our client (as Contractor) and Ostwald Bros Pty Ltd (in liquidation, as Subcontractor).

Advised project sponsor RATCH-Australia Corporation, an independent power producer in Australia, on the full suite of project documents in relation to the Collector Wind Farm located in Collector, New South Wales. The Collector Wind Farm project is anticipated to commence operation in 2020 with the capacity being 226.8MW and having 54 wind turbines. The Clean Energy Finance Corporation contributed AUD179 million towards the Project.

Advised Programmed, Australia and New Zealand's leading provider of operations and maintenance services, on the contracting for bid, preferred and close of Curtin University student accommodation public-private partnership, review, negotiation of agreement of concession and asset services agreements, interface agreements with 4 other key subcontractors, and financing.

Advised the owner of a major US$12bn LNG liquefaction plant in western Africa (being a consortium of an NOC and several oil majors) on various aspects of the project including the construction, testing and commissioning of the facility, plant modifications and disputes under the onshore and offshore EPC contracts. This is one of the largest energy projects on the African continent with a capacity to process 1.1 billion cubic feet of natural gas per day.

Represented one of the largest U.S. utilities in executing a major project portfolio for the upgrading and modernization of its transmission assets in Florida.

Acting as lead counsel for an infrastructure construction services company in connection with a $1.2 million contract to procure and install major electrical components on a 250 megawatt solar power plant being constructed in the Mojave Desert.

Providing support on all legal aspects of the expansion of the Norbord Inverness OSB3 Line Project comprising the construction of new process buildings and equipment.

Advising the Royal Institution of Chartered Surveyors in relation to updating their Standard Forms of Consultant Appointments to reflect industry developments and legislative changes.

Acted as national bid-protest counsel for Securus Technologies, Inc., representing Securus in all its major bid protest proceedings in over 40 states around the country.

Served as lead counsel for Michael Baker International (MBI) in an AAA Arbitration regarding a breach of contract. MBI entered into a sub-subconsultant agreement with the subconsultant for engineering and design support services in connection with a two-phase project to upgrade certain portions of U.S. Route 36 in Colorado (the “Project”). MBI sought compensation for unpaid invoices in connection with the Project.

Represented a leader in eco-friendly recycling, packaging and hygiene solutions in negotiating a Design-Build Agreement for a 450,000 square foot tenant improvement alteration project in New Jersey.

Advised an American electric power holding company with respect to a construction project for a 400MW natural-gas fired power plant in North Carolina.