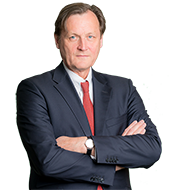 Berlin - Two months after establishing an office in Munich, the firm’s third in Germany, global law firm K&L Gates LLP is continuing to strengthen its German practice with the addition of Dr. Thilo Winkeler as a partner in the Berlin office. Winkeler joins K&L Gates from Curtis, Mallet-Prevost, Colt & Mosle LLP.

Winkeler focuses his practice on advising enterprises and investors within the venture capital and start-up environment. Along with enhancing K&L Gates’ position in the new media and technologies markets, particularly on the Berlin start-up scene, Winkeler’s addition also augments the firm’s global offerings through his extensive experience in counseling international energy industrials.

K&L Gates’ corporate practice is among the most substantial in the legal industry, and recently was recognized by in-house counsel as one of America’s Best Corporate Law Firms in a survey by Corporate Board Member magazine. Winkeler is the 14th new partner addition to the corporate practice this year, following the earlier arrivals of Eric Save in San Francisco, Christopher Voss in Seattle, Arturo Requenez in Miami, Stephen Tan in Taipei, Henry Wang in Beijing, Jill Louis in Dallas, Bryce Linsenmayer in Houston, Michelle Repp in Pittsburgh, Fatiha El-Boubsi in Brussels, Ian Liao in Shanghai, and Nick Humphrey, Hal Lloyd, and Daniel Atkin in Sydney.

The emerging growth and venture capital practice at K&L Gates represents start-up and early stage, emerging growth companies across a diverse range of industries — from formation through the various stages of financing and in their strategic joint venturing, acquisitions and disposal, and liquidity transactions — as well as venture funds, corporate investors, and individuals in connection with their investments in such companies. The latter has involved, among other areas, venture capital financing, acquisitions and disposals of portfolio companies, recapitalizations, restructurings, and liquidity and realization events, including IPOs.