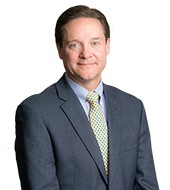 Pittsburgh - Nicholas Ranjan, a partner in the Pittsburgh office of global law firm K&L Gates LLP, has been confirmed by the U.S. Senate for a district judge position on the U.S. District Court for the Western District of Pennsylvania.

Ranjan was confirmed by an overwhelming majority of the Senate. With the support of both of Pennsylvania’s senators, Ranjan was initially nominated by the President in July 2018. His term is expected to begin in August 2019.

“Nick will be an outstanding federal judge, just as he has been an outstanding law partner, advocate for clients, mentor to colleagues, and pro bono and diversity champion,” said K&L Gates Global Managing Partner James Segerdahl. “He has the intellect, temperament, and judgment required to excel in the critically important role of federal jurist.”

During his tenure with the firm, Ranjan focused his commercial litigation practice on energy, oil and gas, arbitration, class action defense, and appellate litigation matters. He also served as both a pro bono coordinator and chairman of the diversity committee for the firm’s Pittsburgh office, helping to lead diversity and pro bono initiatives within the firm and throughout the community. Ranjan served as K&L Gates’ 2017 Leadership Council on Legal Diversity (LCLD) Fellow and was the recipient of a Leadership Excellence Award from the Pittsburgh Leadership Conference.

“Nick is a superb lawyer, trusted by clients with their most difficult legal issues,” said Thomas J. Smith, managing partner of K&L Gates’ Pittsburgh office. “He is extremely bright, an extraordinarily hard worker, and is universally liked and respected by colleagues. Nick will be a superb addition to the stellar federal bench in the Western District of Pennsylvania.”

Ranjan is a graduate of Grove City College and the University of Michigan Law School. Prior to joining K&L Gates, he clerked for Judge Deborah L. Cook of the U.S. Court of Appeals for the Sixth Circuit.