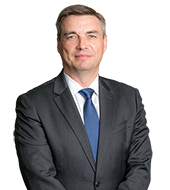 Paris – Global law firm K&L Gates LLP and Paris real estate partner Edouard Vitry, along with Savills Valuation France, have been recognized by the Royal Institution of Chartered Surveyors (RICS) for work on the British Normandy Memorial project. The project was a voted a winner in the Restorers category of the RICS 150th anniversary Pride in the Profession awards.

“I’m honored to be recognized by the RICS for this project,” said Vitry. “All the projects reflect the outstanding work of the Chartered Surveyors around the world over the past 150 years. Our Paris legal team and I have been delighted to advise the Normandy Memorial Trust on this emotive and unique project which will provide a memorial site for the all generations.”

The memorial, which is to be built in Ver-sur-Mer (Calvados) overlooking Gold Beach where the D-Day landings took place on 6th June 1944, was designed by British architect Liam O’Connor. The project is dedicated to the 23,000 soldiers, sailors, marines, and airmen under British command and local civilian services who died fighting during the Allied landings and in the subsequent Battle of Normandy.

Acting for the Normandy Memorial Trust, Savills and K&L Gates were key figures in providing advice to secure the purchase of the land and the site development – now under the Royal Patron of his Royal Highness the Prince of Wales – and also liaised closely with the French authorities, with a view to secure planning permission. The inauguration of the memorial is planned for 6th June 2019 to commemorate the 75th Anniversary of D-Day landings with the site expected to fully open on 6th June 2020.

David Poole, MRICS, CEO of Savills Valuation France, added: “We are incredibly proud to have won such a prestigious award for our work with the Normandy Memorial Trust. The project is of real national importance and it is a privilege for myself and my team at Savills to have been a part of it.”