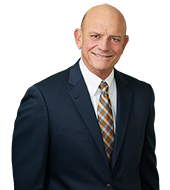 February 2020 update: This verdict and client Range Resources, represented by senior vice president and general counsel David Poole, were recognized as a winner in the “Business Litigation of the Year” category at the 2019 DFW Outstanding Corporate Counsel Awards hosted by the Dallas-Fort Worth Chapter of the Association of Corporate Counsel and The Texas Lawbook.

Accusing the client of underpaying royalties from natural gas production to a group of royalty owners under multiple oil and gas leases and violating Oklahoma’s marketable product rule, the plaintiffs sought several million dollars in actual and punitive damages. Range prevailed in the case, with the jury finding that the company did not breach any of the oil and gas leases, breach any fiduciary duties, or commit fraud against any plaintiff.

The K&L Gates team was led by Fort Worth partners Jeff King and Jamie Bryan.

“This victory is an important win in the industry on a type of claim that has resulted in hundreds of millions of dollars in settlements by producers over the last twenty years,” said King. “Very few such cases have gone to trial in Oklahoma, with producers achieving little success, so we’re proud to produce these results for the client as well as for the industry.”