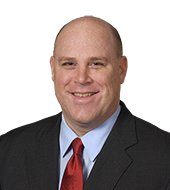 During his time with the U.S. Attorney’s Office, Nasson worked on a variety of cases involving insider trading, market manipulation, securities and bank fraud, embezzlement, tax evasion, and espionage, as well as violations of the Foreign Corrupt Practices Act, Export Administration Regulations, and International Traffic in Arms Regulations. This included leading the multi-district, multi-agency prosecution of an international cybercrime ring, the first criminal prosecution in the U.S. involving trading on inside information obtained through hacking. He tried more than a half dozen cases to verdict — all resulting in convictions —in addition to arguing appeals before the U.S. Courts of Appeals for the Second and Sixth Circuits.

“We are delighted to welcome Chris to our firm,” said Mark Haddad, administrative partner of K&L Gates’ Boston office. “Chris’ diverse experience in the Business and Securities Fraud section of one of the elite federal prosecution offices of the United States is of great importance to our global clients.  Chris, who will be working from both our Boston and New York offices, will fortify and enhance our extensive and ever-growing white collar defense and government enforcement practices in significant respects.”

With more than 100 lawyers across the United States, Europe, Asia, and Australia, K&L Gates’ government enforcement practice is one of the most comprehensive and geographically diverse of its kind. Nasson is the third new partner to join the practice in the past six months, following the earlier additions of Washington, D.C., partner Vincente Martinez and Los Angeles partner Leslie Hakala.