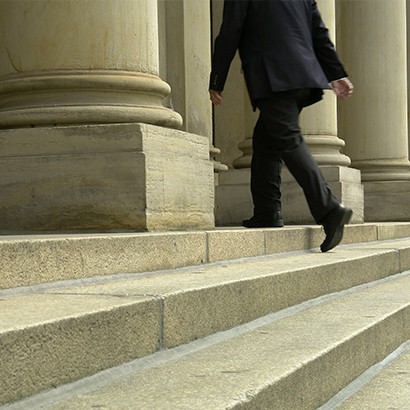 The Federal False Claims Act (FCA) is, and has long been, one of the U.S. Department of Justice’s (DOJ) primary enforcement tools to prevent fraud in federal programs.

The statute imposes significant damages and penalties for violation of standards governing the submission of claims to the federal government for payment. The statute permits the DOJ, as well as qui tam relators, also known as whistleblowers, (individuals who claim to have direct and independent knowledge of fraud) to bring civil suits against government contractors, health care providers, medical device and pharmaceutical manufacturers, financial institutions, and other federal program participants. In most cases, the DOJ, often with the assistance of agency inspectors general, conducts extensive investigations surrounding false claims allegations (including those filed under seal) prior to litigation. In some instances, the DOJ also may conduct parallel criminal investigations or bring criminal indictments for alleged conduct surrounding FCA-related violations.

As compensation for the risk and effort of filing a complaint, a whistleblower may be awarded a portion of the recovered funds, typically between 15 and 25 percent of the recovery if the DOJ intervenes in the whistleblower’s litigation and takes over defense of the case, and between 25 and 30 percent if the DOJ does not intervene. While the DOJ declines to intervene in the vast majority of FCA cases filed, a whistleblower may continue to pursue a case even without DOJ intervention. Whistleblower recoveries under the FCA exceeded US$4.8 billion for fiscal years 2010 through 2019.

These enforcement activities are not limited to the federal realm. At least 36 states and the District of Columbia have enacted state false claims acts. Other major municipalities have promulgated similar laws. Over the next several years, we anticipate that investigations and litigation under state and local false claims acts will continue to increase.

The firm has lawyers across the United States who focus on representing companies, officers and directors, and individuals in every phase of FCA matters. Our work and experience includes conducting internal investigations, defending DOJ and Office of Inspector General investigations relating to FCA allegations, designing and implementing remedial measures and compliance programs which may be required as a result of such allegations, and, of course, defending FCA actions. Our team is composed of seasoned trial lawyers from our government enforcement and white-collar crime practices, with substantial experience in related substantive areas of the law such as government contracts, health care and Food and Drug Administration, and financial institutions, as well as dedicated compliance practitioners. This combined experience enables the firm to anticipate and respond to the many demands created by FCA allegations and the related investigations and proceedings that often accompany such allegations. As a result, our clients are able to navigate the otherwise daunting process of investigating, litigating, and resolving FCA claims while continuing to compete in the national and global marketplace.