The Maritime Administration (MarAd) has completed the implementation of significant changes in the Federal Ship Financing Program commonly known as Title XI, as a result of which the program offers improved economic features. The changes leave behind the traditional commercial private bond structure and place the Federal Financing Bank (FFB) in the role of buyer of the Title XI guaranteed debt. MarAd sought these program improvements and Congress made the FFB the lender of choice for the program in 2019. Henceforth, all government guaranteed debt issued by shipowners that have successfully undergone MarAd’s exhaustive and rigorous application process will be purchased by the FFB.

The first transaction under the new structure took place on 27 April, when MarAd, the FFB, and Matson Navigation Company, Inc. (Matson), closed on the financing of the Aloha class containership, Daniel K. Inouye, built at Philly Shipyard, Inc.

A noteworthy consequence of the new arrangements is the interest rate on Title XI debt. Matson’s Title XI guaranteed note bears interest at an annual rate of 1.22 percent. According to the Form 8-K filed by Matson on 30 April, the effective interest rate on this note for accounting purposes is approximately 1.60 percent. The FFB structure is closer to a commercial loan than the previous structure in that MarAd and the borrower deal with a single lender. However, many other aspects of the new structure are unique and highly specialized.

The shift to the FFB was several years in the making and involved the negotiation, execution, and amendment of a Program Financing Agreement between the FFB and MarAd and a major rewrite of the standard Title XI documents with the help of an outside law firm hired by MarAd. In addition, MarAd revamped the credit scoring methodology used to calculate the amount of subsidy it must set aside from available funds for each guarantee under the Federal Credit Reform Act, a matter that required approval of the Office of Management and Budget, which is part of the Executive Office of the President.

As in the past, under the new arrangements, Title XI applicants must pay an application fee, an investigation fee, and, upon closing the financing, a guarantee fee which can be financed by Title XI. However, the new regime dispenses with one of the costs traditionally associated with Title XI transactions, the placement agent’s fee.

There are many practical changes to the Federal Ship Financing Program resulting from the move to the FFB as purchaser and the rewrite of the MarAd documents. The 27 April transaction represents a number of firsts for the program.

Originally enacted as part of the Merchant Marine Act, 1936, as a mortgage insurance program, Title XI was revamped in 1972 into its present form that provides a guarantee on obligations issued to finance ship construction. The program was amended again in the early 1990’s to allow for guarantees of shipyard projects and of foreign-flag vessels built in the United States. The change to the new FFB regime was carried out without any significant statutory changes to the Title XI statute.

The FFB is “a body corporate and instrumentality of the United States of America” created in 1973 help meet the demand for Federal and federally-assisted borrowing programs, to coordinate such borrowings with overall Federal fiscal and debt management policies, to reduce the costs of such borrowings, and to assure that such borrowings are done in a manner least disruptive of private financial markets and institutions. 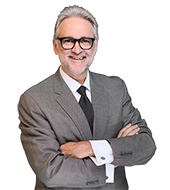