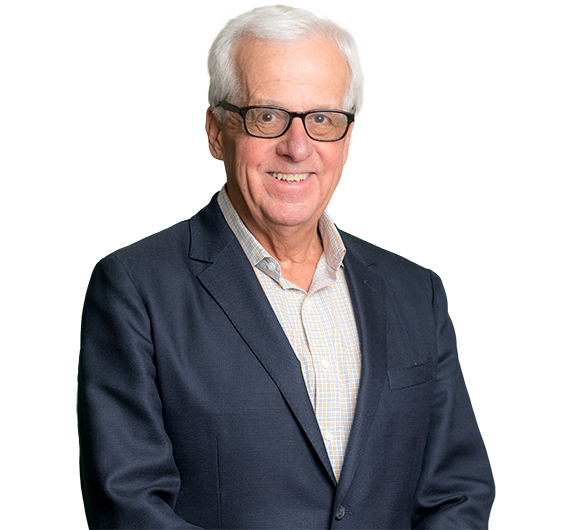 Paul Hancock is recognized as a preeminent expert in civil rights matters, such as those arising under the federal Fair Housing Act, Equal Credit Opportunity Act, Americans with Disabilities Act, Voting Rights Act and related state consumer protection laws prohibiting deceptive, unfair and abusive practices. Paul’s expertise in fair lending dates back to his service in the U.S. Department of Justice, where he led the Department’s fair-housing and fair-lending enforcement program, and extends up through the present, with his significant representations of clients seeking to comply with fair and responsible lending requirements, engaging in federal and state regulatory examinations, and defending acts and policies in enforcement or legal actions. His practice in recent years has focused particularly on the financial services industry, and has included representation of the industry’s largest and smaller members, as well as major trade associations, before all levels of the federal judiciary (including the Supreme Court) in complex litigation and before federal and state agencies.

Following over 20 years of service enforcing civil rights legislation at the Department of Justice, Paul served in the Florida Attorney General’s Office and is remembered for arguing for the Florida Attorney General before the Florida Supreme Court and U.S. Supreme Court in the presidential voting recount lawsuit in 2000 (Bush v. Gore). Building on that experience in private practice, he has broad experience coordinating with state officials in Florida and around the country on a variety of regulatory issues.

As both a former prosecutor and current defense lawyer, Paul’s practice emphasizes the fair, even-handed and effective enforcement of civil rights laws, and in addition to his defense of industry clients, he has pursued this objective through pro bono representation of civil rights plaintiffs on diverse issues of national importance such as school desegregation, religious freedom for prison inmates, housing discrimination, public accommodations discrimination, and voting discrimination. Paul currently serves as co-president of the Civil Rights Division Association (CRDA), an organization composed of former employees (and also open to current employees) of the Department of Justice’s Civil Rights Division.

During his tenure in the Civil Rights Division of the U.S. Department of Justice (DOJ) Paul litigated virtually all types of civil rights issues.  He represented the United States in school desegregation lawsuits involving public elementary, secondary and higher education; he then directed the Voting Rights Act litigation program; he then headed the section responsible for enforcement of the Fair Housing Act and the Equal Credit Opportunity Act, where he developed and implemented the Department’s fair lending enforcement program. His final position in the Department was as Acting Deputy Assistant Attorney General for Civil Rights (the highest career position in the Division) where he was responsible for supervising programs enforcing fair lending and fair housing laws, public accommodation and facilities laws, voting rights laws, and disability rights laws. After leaving DOJ, Paul served in state law enforcement in the Office of the Florida Attorney General. Paul was the Deputy Attorney General for South Florida. He managed the Attorney General's legal programs in the southern portion of the state (including multi-state consumer protection matters), and personally litigated cases of major significance statewide. He briefed and argued Gore v. Bush before the Florida Supreme Court and the U.S. Supreme Court urging the counting of ballots that had not been properly tabulated by the voting machines. He also defended the state in private class action and governmental pattern or practice litigation.

Paul is the co-president of the Civil Rights Division Association (CRDA), an organization comprised of former employees of the DOJ Civil Rights Division that is also open to current employees. He serves on the Mortgage Bankers Association (MBA) Legal Issues Committee as well as the MBA’s Litigation Task Force. He previously served on the Housing Impact Advisory Council at Fannie Mae and for many years was a member of the Fair Housing Legal Support Center - John Marshall Law School (Chicago). He is active in civic and charitable affairs in Hollywood and Broward County, FL.

Paul has engaged in pro bono legal services of national significance that has been focused on the advancement of civil rights including representation of a branch of the NAACP in a long-running school desegregation lawsuit, representing the national NAACP in challenging the closing of restaurants during Black Bike Week in Myrtle Beach, representing a Florida inmate pursing a claim under the Religious Land Use and Institutionalized Persons Act (RLUIPA); and organizing an initiative of former officials of the DOJ Civil Rights Division who had responsibility for enforcing  the Voting Rights Act to submit a brief to the en banc Court of Appeals for the Eleventh Circuit to support the restoration of voting rights to Florida felons who had completed their sentences. His pro bono work also has included local issues such as representing a victim of a mortgage foreclosure rescue scam, representing a homeless man whose social security benefits were terminated because of an aged outstanding warrant in a far-away state, and representing a low income person who faced police harassment and criminal charges for drinking beer on private property.