2021 U.S. Tax Forecast: How the November Elections Could Lead to Significant Tax Changes Affecting You and Your Business

Depending on the results of the presidential and congressional elections in November 2021 could usher in major changes in tax policy. You should be thinking about those potential changes now for purposes of 2020 year-end tax planning, assessing any potential impact on your personal or business affairs, and to consider what you can do to protect yourself and your company from undesirable outcomes. This is the first in a series of K&L Gates alerts looking ahead to 2021 and potential legislative and regulatory changes to the federal tax code.

The Shape of Things to Come: Three Election Scenarios

There are three probable outcomes to the November elections and each will differently affect the likelihood and potential shape of changes to the tax code:

These changes would bring concomitant changes to tax regulations. Also, issues not generally associated with tax, like green energy, infrastructure, and health care, usually have a tax component to them or will require offsets to pay for them, posing additional risk. Even if proposals ultimately do not become law, they can still create uncertainty while they are pending that can make decision-making and planning difficult.

Overcoming the 60-Vote Threshold in the Senate

Generally, 60 votes are required in the Senate to approve legislation. However, there are two possible workarounds that would reduce the threshold to only 51 votes, potentially making it easier for Democrats to pass meaningful tax legislation. One requires the same party to control both chambers of Congress and the White House while the other requires only control of the Senate. The first is the budget reconciliation process. This is the procedure that was used by Republicans in 2017 to enact the TCJA. While hampered somewhat by arcane budgetary restrictions, significant legislative changes can be accomplished through reconciliation—the TCJA being a case in point. A second work-around to the 60 vote threshold is effectively nullifying the filibuster rules in the Senate through yet another arcane set of procedures called the “nuclear option.” Previously used for the purpose of confirming judges with only a majority vote, Democrats already are talking about the possibility of using it for other types of legislative action. Elimination of the filibuster would relieve Democrats of the restrictive budget reconciliation rules and allow even broader changes to the tax code. However, it is worth noting that some Democratic senators are not keen on enacting such bold changes to the Senate rules.

Tax reform and other policy priorities, like infrastructure, green energy, health care and social security reform, will be expensive and Democrats will be looking to the tax code to pay for them. In some cases, the need to find revenues, called PAYGO, can be waived, as it was for the various COVID-19 relief bills enacted in the current Congress. However, the national debt has increased significantly and even Members who are not fiscal hawks are becoming more serious about paying for future policy changes using tax revenue or otherwise. This will put pressure on Congress to scour the tax code and use techniques like increasing taxes and eliminating loopholes to offset costs. Since loopholes are in the eye of the beholder, this could include tax preferences, deductions and credits that you and your business rely on to be tax efficient.

Over the next several weeks, we will be releasing alerts taking a deeper dive into several of these issues. We hope you find them informative and that they will encourage you to begin thinking about how the election results could potentially affect you and your company. Our Tax and Tax Policy teams will be happy to discuss how these changes could affect your tax liability and influence efficient tax planning, and ways you can engage with the Administration and Capitol Hill in 2021 to help shape emerging tax policies. 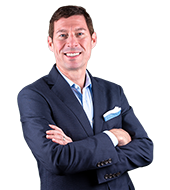 Find more items tagged as: Policy and Regulatory, Public Policy and Law, Responding to COVID-19
Return to top of page