On August 2, 2019, the 7th Circuit declared that PepsiCo’s (d/b/a Gatorade) use of “Sports Fuel” in its slogans, including “Gatorade The Sports Fuel Company,” did not infringe SportFuel’s rights in its SPORTFUEL trademark because it was a “fair use.” The case was on appeal after the District Court granted summary judgment in Gatorade’s favor finding that Gatorade successfully raised the fair-use defense in that “(1) it did not use “Sports Fuel” as a trademark, (2) its use of the term is descriptive of its goods, and (3) it used the mark fairly and in good faith.”[3] SportFuel appealed to the 7th Circuit.

To determine whether Gatorade used “Sports Fuel” as a trademark, the court looked to see if “Sports Fuel” was used as an indicator of source. Relying on the court’s own prior ruling in an infringement case also involving Gatorade (which Gatorade lost), Sands, Taylor & Wood Co. v. Quaker Oats Co., 978 F.2d 947 (7th Cir. 1992), the court focused on multiple factors to determine whether Gatorade employed the challenged phrase “Sports Fuel” as a source indicator. In Quaker Oats, Gatorade utilized an advertising campaign for “Gatorade is THIRST AID.”

The court also determined that on the spectrum of distinctiveness, Gatorade used “Sports Fuel” descriptively, focusing in on two factors: (1) how, and how often, the relevant market (here, producers of nutritional products for athletes) uses the word [or phrase] (“sports fuel”) in question; and (2) employing “the imagination test,” asking “whether the word or phrase imparts information about the product or service directly or rather requires ‘some operation of the imagination to connect it with the goods.’” [8]

The court found that “producers of nutritional products for athletes regularly invoke the ‘Sports Fuel’ terminology to describe the products they sell,” citing to examples of this widespread industry use, including use by Twin Laboratories and Trident Sports. [9] Widespread industry use of “sports fuel” and Gatorade’s disclaimer of “THE SPORTS FUEL COMPANY” in its trademark application supports non-trademark, descriptive use. The court similarly found that in employing the “imagination test” “sports fuel” directly imparts information about the products in question, stating “[i]t requires no imaginative leap to understand that a company selling “Sports Fuel” is selling a variety of food products designed for athletes.” [10] Use of the Gatorade products by non-athletes does not stop the use from being descriptive. The 7th Circuit quipped:

The Court also found that Gatorade used “Sports Fuel” fairly and in good faith. SportFuel alleged that Gatorade used “Sports Fuel” in bad faith, as Gatorade was aware of SportsFuel’s mark due to a prior working relationship. The court quickly rejected that argument, stating that mere knowledge of a plaintiff’s mark is insufficient to show bad faith without further evidence. [12] SportFuel also pointed to Gatorade’s continued use of “Sports Fuel” even after SportFuel filed suit. As Gatorade believed it had a right to use “Sports Fuel” descriptively, continued use also does not evidence bad faith. SportFuel also alleged that Gatorade failed to produce evidence during discovery related to its approval of the “Gatorade The Sports Fuel Company” slogan. SportFuel’s attempt to rely on the assumption that some sort of documentation must have existed failed. The court stated that SportFuel should have pursued this line of inquiry during discovery. Because it did not, it “cannot now avoid summary judgment with assumption or speculation.” [13] Lastly, SportFuel also argued that Gatorade adopted its slogan in bad faith in order to retaliate after a relationship between a SportFuel employee and Gatorade ended. This relationship ended more than a decade after Gatorade’s use of the slogan began, and the court found that such a claim that Gatorade began a nation-wide rebranding campaign in retaliation “facially incredible when otherwise unsupported by the record.” [14]

The court concluded that Gatorade used “Sports Fuel” fairly in good faith in a descriptive sense, and not as a trademark, affirming the lower court’s ruling. 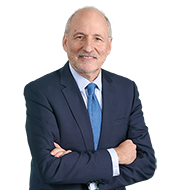