A Cautionary Tale for Healthcare Providers: Are You Actually Providing Effective Communication Under the ADA and the Rehabilitation Act?

The Eleventh Circuit, in Silva v. Baptist Health South Florida, Inc., recently addressed a healthcare provider’s obligation to provide effective communication, through appropriate auxiliary aids and services, to persons with disabilities pursuant to the Americans with Disabilities Act (ADA) and Section 504 of the Rehabilitation Act (RA).[1]  The lessons from this opinion are instructive to healthcare providers around the country who may find themselves in the shoes of the defendants.

The Facts and Procedural History
The plaintiffs in Silva, who are hearing-impaired, alleged that the defendants, two nonprofit hospitals and their nonprofit parent company, failed to provide an in-person interpreter for American Sign Language but relied instead on video remote interpreting (VRI), which was allegedly ineffective in violation of the ADA and the RA.[2]  The district court awarded summary judgment to the defendants on the basis that the plaintiffs lacked Article III standing to seek injunctive relief under the ADA or the RA because they did not show that they were likely to return to the healthcare facilities in the future.[3]  The district court also dismissed plaintiffs’ claims under the RA because they failed to establish any damages, i.e., they failed to demonstrate instances where communication difficulties resulted in actual adverse medical consequences to them.[4]

The Standard for an Effective Communication Claim Under the ADA and RA
A unanimous Eleventh Circuit panel, however, reversed the lower court’s ruling.  While the court recognized that it is ultimately up to the healthcare provider to determine the appropriate auxiliary aid to supply and that it is not required to supply any and all auxiliary aids demanded, the court stressed that the auxiliary aid furnished must provide effective communication.[5]  The court held that “the relevant inquiry is whether the hospitals’ failure to offer an appropriate auxiliary aid impaired the patient’s ability to exchange medically relevant information with hospital staff.”[6]  It explained that hospitals must “afford a level of communication to a deaf patient about medically relevant information that is substantially equal to that afforded to non-disabled patients.”[7]  The court further recognized that whether appropriate auxiliary aids have been provided is “inherently fact-intensive.”[8]

The court rejected the requirement that, to make out an effective communication claim, a plaintiff must establish actual deficient treatment or recount specifically what the plaintiff did not understand.[9]  It explained that the “focus is on the effectiveness of the communication, not on the medical success of the outcome.”[10]  The court also rejected the notion that a defendant could defeat such a claim by showing that a plaintiff was able to participate in the “most basic elements of the doctor-patient exchange.”[11]

The Plaintiffs Offered Sufficient Evidence to Defeat Summary Judgment
The Eleventh Circuit held that the plaintiffs set forth sufficient evidence to overcome summary judgment.  The court found that the plaintiffs offered enough evidence for a jury to conclude that the defendants’ failure to offer an appropriate auxiliary aid impaired their ability to exchange medically relevant information with hospital staff.  One plaintiff explained that “[o]n some occasions . . . the [VRI] machine was inoperable or unusable” and “it appeared the hospital staff could not figure out how to operate the machine[;] [o]ther times, the picture would be blocked, frozen, or degraded.”[12]  She also alleged that she “requested an interpreter many times” but “wait[ed] for so long” before the interpreter arrived.[13]  In the meantime, while hospital staff attempted to communicate with the plaintiff through written notes and gestures, the plaintiff attested that she was “unable to understand most of what they attempted to communicate through these means” and that she was made to sign forms consenting to treatment and medications that she “did not fully understand or even have the opportunity to ask questions about.”[14]

The other plaintiff recounted that because the defendants did not have VRI machines at its outpatient facilities, the medical team relied on his wife’s interpretative assistance.[15]  The court noted that, with limited exceptions, reliance on companions for communication is not permitted under the ADA.[16]  This plaintiff also testified in his deposition that “[i]t was all day long I had a bad experience with that VRI; [e]very staff member tried to get it going and nobody could.”[17]  As such, he thereafter declined the VRI because he did not “even want to waste all that time” with a device that often malfunctioned.[18]

The Corporate Parent Is a Proper Defendant
The Eleventh Circuit also rejected the defendants’ argument that the parent entity of the hospitals was an improper party to the dispute because it was not a medical facility where the plaintiffs had received medical services.  The court rejected this argument because “[t]here is no rule that a covered entity under the ADA or RA must be the direct service provider — in fact the ADA addresses itself to those who own, lease, or operate a place of public accommodation.”[22]  It explained that the corporate parent “owns and operates the hospitals at which Plaintiffs presented, it houses the network to which the VRI machines are connected, and applies its various policies and procedures to [the hospitals] and affiliated outpatient facilities.”[23]

Takeaways
The Eleventh Circuit’s opinion in Silva highlights the importance of a healthcare facility having the appropriate resources, policies, and practices in place to provide effective communication to persons with disabilities.  Several healthcare facilities (and other public accommodations) have moved toward retaining VRI services given the revised ADA regulations on their use, as well as the convenience and cost savings afforded from such services.  It is imperative, however, that healthcare facilities ensure that VRI equipment functions properly and that staff are trained on how to use such equipment and troubleshoot issues that may arise.  Healthcare providers may also want to have arrangements in place so that live interpreters can be timely provided when necessary.

While this opinion involves patients with hearing impairments, there are a variety of other disabilities (e.g., vision, mobility, cognitive) that healthcare facilities need also to consider when assessing whether they have the appropriate auxiliary aids and services in place to ensure effective communication with patients with disabilities.

Moreover, healthcare facilities often face greater exposure to disability discrimination claims as compared to other private businesses because many receive federal funding, which makes them subject to the RA.  In addition to injunctive relief, the ADA and the RA allow for the recovery of attorney’s fees and costs, and the RA further allows for recovery of damages. 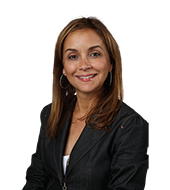