Add another item to the list of ways a defense contractor could face False Claims Act (“FCA”) liability: material noncompliance with cybersecurity regulations. Although this theory of liability has not yet been tested in courts, it appears ripe for litigation.

On the cybersecurity side:

On the FCA side, the Supreme Court has confirmed that implied certification claims can be brought against contractors based on material noncompliance with legal or contractual requirements. [3]

Material noncompliance with cybersecurity requirements could lead to FCA liability.

The FCA imposes draconian treble damages and penalties for those who defraud the government by knowingly making a material false claim or statement. [4] It is most simply applied in situations where a government contractor either overbills for completed work or bills for work that was never completed.

However, in Escobar, the Supreme Court said that FCA “liability can attach when the defendant submits a claim for payment that makes specific representations about the goods or services provided, but knowingly fails to disclose the defendant’s noncompliance with a statutory, regulatory, or contractual requirement.” [5] Importantly, though, because the FCA is not meant to turn garden-variety contract claims into fraud, the analysis focuses on whether the noncompliance was “material” to the payment. [6] “What matters is not the label that the Government attaches to a requirement, but whether the defendant knowingly violated a requirement that the defendant knows is material to the Government’s payment decision.” [7] Thus, under Escobar, only material noncompliance can lead to FCA liability.

Under the FCA and common law, materiality “look[s] to the effect on the likely or actual behavior of the recipient of the alleged misrepresentation.” [8] Various factors affect whether noncompliance is material:

Because no one factor above is determinative, the balance of the factors must overcome, as the Supreme Court put it, the “demanding” materiality standard. [15]

Violation of regulations requiring cybersecurity measures might support a finding of materiality under the FCA.

Projecting forward from this caselaw, contractors with sensitive information could be especially vulnerable under current regulations. The DOD Cybersecurity Controls are actually styled as a contract clause that must be inserted into every contract with the DOD, except those related to basic commercial items. [20] The practical effect of this clause is that most defense contractors will now expressly certify that they have implemented the prescribed cybersecurity controls, which by itself makes a materiality finding more likely. [21]

Under the DOD Cybersecurity Controls, contractors with covered defense information are required to provide “adequate security” (generally, compliance with National Institute of Standards and Technology Special Publication (SP) 800-171) and to report cyber incidents within 72 hours (an extremely short period of time compared to other reporting laws, which generally provide at least 30 days). [22] Covered contractors are also required to make sure their subcontractors comply with the controls. [23] This type of specific regulation aimed at contractors who obtain defense information would likely be a factor that weighs in favor of materiality.

Regardless, contractors should take cybersecurity certifications seriously, even if it is just for business purposes. The White House, in May 2017, required federal agencies to adopt a previously voluntary framework of cybersecurity standards developed by NIST. [24] The executive order makes agency heads directly accountable to the president for managing the cybersecurity risk that their agencies face. [25] This additional pressure will likely flow down, in the form of certifications, audits, or other oversight, to those that contract with government agencies. Noncompliance could result in suspension or affect a contractor’s ability to receive future contracts.

[11] United States v. Sanford-Brown, Ltd., 840 F.3d 445, 447 (7th Cir. 2016) (failing to establish materiality because no evidence that the government’s “likely or actual behavior” would have been different had it known of the noncompliance).

[21] See Escobar, 136 S. Ct. at 2001 (“[W]hen evaluating materiality under the False Claims Act, the Government’s decision to expressly identify a provision as a condition of payment is relevant. . . .”) 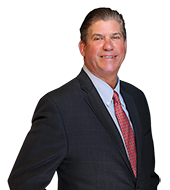