A Game-Changer for Industrial and Commercial Leasing? 'Business-to-Business' Services and the 'Ultimate Consumer' Test

A recent decision of the Court of Appeal has potentially far reaching implications for industrial and commercial leasing practice in Victoria.

The Court of Appeal's decision in IMCC Group (Australia) Pty Ltd v CB Cold Storage Pty Ltd [2017] VSCA 178 confirms a significantly expanded interpretation of the potential application of the Retail Leases Act 2003 (Vic) (the Act) which may include industrial, warehouse and commercial premises involving the provision of services on a 'business-to-business' basis.

The decision has the potential to cause considerable uncertainty in the negotiation and administration of industrial, warehouse and commercial leases. Furthermore, the position may not yet be resolved - K&L Gates understands that an application has been made for permission to further appeal the decision to the High Court.

Implications of the Act
Where it applies, the Act has far reaching implications for both landlords and tenants. This includes:

It is common for industrial, warehouse and commercial leases to include a clause purporting to confirm that the Act does not apply. These clauses cannot be relied upon as the Act cannot be excluded by agreement.

Background
CB Cold Storage Pty Ltd (CB) leases a warehousing and cool room storage facility in Laverton from IMCC Group (Australia) Pty Ltd (IMCC). The permitted use under the lease is described as 'cold and cool storage warehouse and transport facility'. CB's customers range from large primary production enterprises to small owner operated businesses. The facility is open to the public during ordinary business hours and members of the public may access CB's services for a fee.

Issues
IMCC sought to recover land tax assessed on the premises from CB, in accordance with the provisions of the lease. CB brought a claim to the Victorian Civil and Administrative Tribunal (Tribunal) for recovery of amounts paid on account of land tax (and certain other payments) arguing that the lease is a retail lease and recovery of these amounts is prohibited under the Act.

Tribunal's decision
At first instance, the Tribunal interpreted the phrase 'retail' for the purpose of the Act as meaning the provision of services to a person who uses them for their own personal needs, rather than for a business purpose. On the basis that CB's customers are other businesses, the Tribunal determined that the lease is not a 'retail lease' for the purposes of the Act.

Supreme Court's decision
On appeal, the Supreme Court held that the Tribunal had incorrectly confined the meaning of 'retail' and confirmed that a consumer of a service can be a business in circumstances where they are the 'ultimate consumer' of the relevant service. The Supreme Court considered that there was no possible further supply of the cold storage services provided by CB to its customers and, accordingly, CB's customers are the ultimate consumers of the cold storage services.

Court of Appeal's decision
On further appeal, the Court of Appeal upheld the decision of the Supreme Court, confirming that CB's customers are the ultimate consumers of the cold storage services. The Court of Appeal considered that what happens to goods following removal from cold storage is irrelevant. Ultimately, the use or consumption of the relevant service is at an end once the goods are removed from storage.

The Court of Appeal noted the application of the 'ultimate consumer' test in previous decisions of the Supreme Court and also highlighted the importance of considering whether the service is available to the public. In this regard, the Court of Appeal noted that, despite the complex logistics required to use the warehousing facilities, the premises are available to members of the public (whether individuals or businesses).

Potential appeal to High Court
K&L Gates is aware that a possible appeal of the Court of Appeal's decision to the High Court is pending. We will monitor this with interest and provide a further update if an appeal eventuates.

Significance of the decision
Landlords and tenants of industrial, warehouse and commercial premises need to contemplate the potential application of the Act and seek appropriate advice at the lease negotiation stage. This issue is often overlooked in leasing proposals, with commercial arrangements negotiated on the assumption that the Act will have no application. In light of the Court of Appeal's decision, significant caution should be exercised.

Where there is uncertainty, there are a number of things that can be done by landlords to address the potential application of the Act. This includes giving consideration to a 'gross' lease structure where the rent is 'grossed up' to include an allowance for outgoings (including land tax).

Tenants under existing or proposed industrial, warehouse or commercial leases should consider their position and seek appropriate advice. It may be appropriate for tenants to assert rights under the Act, including relief from the recovery of land tax.

If you have any concerns as to how you may be affected by the CB Cold Storage case, please do not hesitate to get in touch. 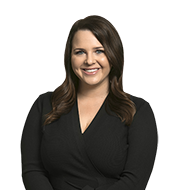