Articles 85, 86, and 88 of the Cabinet Resolution, which will replace Articles 235, 236, and 238 of the existing UAE Civil Procedure Law concerning the procedure for enforcement of foreign judgments and orders, provide that:

While the substantive grounds set out in the New York Convention that apply to the enforcement of a foreign arbitration award in the UAE have not changed by the enactment of the Cabinet Resolution, it represents a substantial and seemingly positive change to enforcement procedure. Previously, a petition for enforcement had to be brought as a normal case in the competent UAE Court of First Instance, which was subject to appeal to the Court of Appeal and then to the Court of Cassation before the award was capable of enforcement by an execution judge. As a result, enforcement proceedings were often drawn out over many months and sometimes years and were highly vulnerable to obstruction and delay.

It is to be hoped that, with the enactment of the Cabinet Resolution, the enforcement of foreign arbitration awards in the UAE will now proceed far more expeditiously, even though the available substantive challenges to enforcement remain; in particular, the UAE courts may still reject all or part of an arbitration award if it violates any aspect of public policy in the UAE (which may include issues of Sharia). As with any new law, it remains to be seen how the Cabinet Resolution will be applied by the UAE courts in practice and whether significant time savings can, in fact, be delivered. One area of uncertainty that may not be resolved until the Cabinet Resolution is tested in the UAE courts is the effect of an appeal lodged by an award debtor against an execution judge’s decision to enforce a foreign arbitration award and whether or not enforcement would be stayed until the appeal process is resolved. 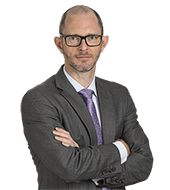