Introduction
Foreign integration into the United States agribusiness sector has been steadily increasing over the last few decades. As of 2017, eight foreign-owned companies were among the top twenty-five largest food and beverage companies in the U.S.1 In the last United States Department of Agriculture (USDA) report on foreign *6 investment in U.S. agricultural land, 26.7 million acres of privately held farmland were held by foreign persons (nearly double the number of acres held by foreign persons ten years prior).2 This increase has renewed the discussion of older laws tied to foreign ownership of U.S. agricultural land, often overlooked in the current transactional climate. Farmland transactions need to comply with federal reporting requirements under the Agricultural Foreign Investment Disclosure Act of 1978 (AFIDA).3 In addition, there are certain state corporate farming restrictions and limitations (State Acts) that apply to foreign acquisition of farmland.4

In certain parts of the country, public sentiment about foreign investment in U.S. assets has come under heightened scrutiny.5 With food supply chain ownership drawing particular attention,6 failure to file and comply under AFIDA or any *7 applicable State Act could subject a company to significant financial losses and public relations headaches. Furthermore, certain buyers wish for anonymity in their acquisitions, but AFIDA disclosures are Freedom of Information Act (FOIA) searchable. Some organizations have published lists of disclosed ownerships, with the purpose of identifying foreign owners.7 While the authors of this Essay do not have an opinion on the actions of these groups, the mere fact that these lists are being published could be a concern for many.

In light of the broad scope and potential repercussions of AFIDA and the related State Acts, it is important to consider whether a transaction triggers any of these legislative requirements. The following is a brief primer on reporting requirements under AFIDA and a summary of the various State Acts that affect farmland ownership through disclosure requirements, imitations on acreage amounts, or outright restriction.8

What is AFIDA and When is Reporting Required?
AFIDA was enacted in 1978 to create a nationwide system for the collection of information about foreign ownership of U.S. agricultural land.9 Under the statute, foreign persons acquiring or transferring any interest in agricultural land (by sale, lease, or by sale of a direct or indirect interest in a company that owns or leases the land) may be required to submit a report on the transfer or acquisition to the USDA.10 Failure to timely file a report can subject the foreign person to financially significant penalties.11 The law requires “[a]ny foreign person who acquires or transfers any interest, other than a security interest, in agricultural land shall submit a report to the Secretary of Agriculture not later than 90 days after the date of such acquisition or transfer.”12

The AFIDA reporting obligations must be satisfied by delivering an AFIDA Report Form FSA-153 to the County Farm Service Agency (FSA) Office where *8 the tract of land is located.13 In most instances, multiple AFIDA filings will be required throughout the ownership lifecycle of a property.14 For example, after the initial disclosure on FSA-153, each subsequent change of ownership, or use of the agricultural land that involves a foreign person, may require reporting under a subsequent FSA-153 filing.15

What is an “Interest” in “Agricultural Land?”

Under AFIDA, an “interest” in land is “all interests acquired, transferred or held in agricultural lands,” subject to certain exceptions.19 Exceptions include: (a) leaseholds less than ten years;20 (b) contingent future interests (e.g., options);21 and (c) easements unrelated to agricultural production.22 Note that AFIDA applies to *9 leasehold interests of ten years or longer, as well as ownership interests in agricultural land.23 By way of example, say Company A, a foreign investor, is interested in acquiring Company B, a winery. Company B owns a 100-acre parcel where its processing facility, tasting room, and a portion of its vineyard are located. Company B also leases 500 acres of farmland adjacent to its processing facility pursuant to a twenty-five-year lease. Under this scenario, following Company A's acquisition of Company B, Company A will be required to file an FSA-153 for both its fee ownership interest in the 100-acre parcel and its leasehold interest in the adjacent 500-acre parcel.

The definition of “agricultural land” under AFIDA is very broad and may capture land in transactions where agricultural purposes are not central to the intended post-closing use of the land.24 “Agricultural land” means land “currently used for, or, if currently idle, land last used within the past five years, for farming, ranching, or timber production, ...”25 For example, wind farms and solar farms could each have filing requirements if the deal structure and land involved meet certain criteria.26 An exception exists for land not exceeding ten acres, in the aggregate, but only if annual gross receipts from agricultural or timber use do not exceed $1000.27 Accordingly, even smaller farms may be subject to an AFIDA filing requirement if annual gross receipts exceed the dollar limit. This could trigger filings for restaurants with interests in farmland that feature fresh-from-the-farm produce, where menus include products from farmland owned or controlled by the restaurant. Similarly, beef suppliers that own an interest in ranch land, perhaps through subsidiaries or other venture arrangements, would need to do an AFIDA filing analysis.

What Types of State Acts are Similar to AFIDA?
Certain states have passed legislation that implements a disclosure scheme (in many instances, similar in form or substance to an AFIDA filing) with respect to ownership and operation of farmland by foreign parties. Other states limit the amount of farmland a foreign entity or person may own or lease, and prohibit ownership of certain types of land by foreigners.

Many states model their disclosure and reporting requirements after AFIDA, but differ in the amount or timing of information required to be disclosed. States with disclosure or reporting requirements include Alaska, Arkansas, Illinois, Iowa, Kansas, Maine, Missouri, and Ohio.31 These requirements attempt to capture information on the property or the transaction parties, including, for example, the acreage location, the value of the various agricultural assets, the purpose or intended use of the acreage, and the ultimate owner (or tenant) operating the property. Certain states, such as Illinois, Maine, and Wisconsin, allow a party to fulfill the state's reporting requirements by submitting a copy of its applicable federal AFIDA report.32 Other states, like Missouri, shorten the amount of time required for foreign persons to submit reports (thirty-days versus the ninety-day AFIDA *11 deadline).33

Still, other states take a different approach by limiting the type of legal entities that may own acreage for certain farming operations or particular crops. For example, Wisconsin limits the rights of corporations and trusts to own or operate land in connection with certain dairy products and other specifically identified crops.40 Certain states flatly prohibit corporate ownership of agricultural land, whether foreign or domestic.41

What Does This Mean for Agribusiness Transactions?
As discussed above, AFIDA reporting is required within ninety days following the completion of a qualifying transaction.43 Failure to report can subject a transaction to significant monetary penalties, resulting in negative publicity. Given AFIDA's broad definition of agricultural land, what constitutes an interest in agricultural land, and the relatively small interest held by a foreign person or entity that can trigger the application of the statute, parties should carefully consider the context of every transaction that involves real property and whether an AFIDA *13 filing is required at the outset. Part of this inquiry requires evaluating whether any of the applicable land is used for agricultural land within the scope of AFIDA, even if the business purpose of the transaction is not directly related to farming. This inquiry also requires confirming the intended direct and indirect ownership interests in the acquisition and whether the involvement of any foreign person in the transaction exceeds the AFIDA reportable levels. Finally, depending on the state, additional state reporting or other limitations on ownership or operation may apply.

8 This Essay discusses only selected examples of state legislation, in order to describe the various approaches taken by states (highlighting similarities and differences between various statutes). It is not intended to be a comprehensive summary.

15 While AFIDA does not require annual or other regular filings by foreign persons, the USDA's FSA does require a report be filed if: (i) there is any change in the legal address of a first, second, or third tier owner; (ii) there is any change in second or third tier ownership; (iii) a reporting individual ceases to be foreign; or (iv) a reporting entity ceases to be foreign. See id. at 4-4.

33 MO. REV. STAT. § 442.592(4) (2017) (any foreign person (including entities) who acquires or transfers any interest in agricultural land (including a lease in excess of ten years, inclusive of extension rights) must submit a report to the director of agriculture no later than thirty days after the date of the acquisition or transfer, subject to certain exceptions).

37 IOWA CODE § 9I.3 (2017) (non-resident aliens, foreign businesses, and foreign governments may not purchase or acquire agricultural land, subject to certain exceptions); MINN. STAT. § 500.221(2) (2017) (prohibiting entities from acquiring agricultural land unless at least 80% of the entity is held directly or indirectly by U.S. citizens or permanent resident aliens); MO. REV. STAT. § 442.571(1) (2017); NEB. REV. STAT. § 76-402 (2017) (prohibiting aliens and corporations that are not incorporated under the laws of the State of Nebraska from acquiring title or taking or holding any land, real estate, or leasehold interest extending for more than five years); N.D. CENT. CODE § 47-10.1-02(4) (2017); OKLA. STAT. tit. 18, § 951(A) (2017). Certain states, such as Missouri, may seem inconsistent by having both disclosure requirements and prohibitions against ownership. In these cases, however, there are exceptions to the prohibition against ownership. Accordingly, when a company qualifies for an exception, the disclosure requirement then applies.

39 N.D. CENT. CODE § 47-10.1-02(4) (2017) (partnerships, limited partnerships, limited liability companies, trustees, or other business entities may not directly or indirectly acquire any interest to agricultural land unless the ultimate beneficial interest is held directly or indirectly by a citizen of the United States or permanent resident alien, subject to certain exceptions).

40 WIS. STAT. § 182.001 (2017) (with respect to certain dairy products and other identified crops, no corporation or trust may own land for such foregoing farming operations unless the corporation or trust complies with the following: (i) shareholders or beneficiaries are fifteen in number (with certain lineal ancestors or decedent calculations); (ii) it does not have more than two classes of shares; and (iii) all of the shareholders or beneficiaries are natural persons). 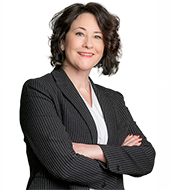 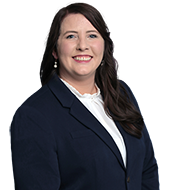