After the Election: What Can and Will Get Done?

The Biden-Harris transition is in full swing. President-elect Biden has started announcing Cabinet positions, and key staff and agency teams are soliciting input as they work feverishly to put together personnel, policies, and priorities amid an ongoing global economic and public health crisis. The transition work is taking place in the aftermath of a close election, which reaffirmed the country’s sharp, partisan divisions.

Although a handful of races remain uncalled in the House of Representatives, the contours of political power are taking shape:

The result: divided government and limitations on a sweeping Democratic agenda.  Plans for a Green New Deal, reversing the 2017 tax cuts and imposing significant new taxes, a dramatic expansion of healthcare, or additional restrictions on the Second Amendment are unlikely to pass.

Divided government, however, does not necessarily mean gridlock.  Policymakers will focus on areas where Congress must act, where there can be bipartisan support, and on issues that are not traditionally partisan-- all heightened areas of focus in the pandemic and post-pandemic environment.  In this regard, successful legislative action will require generating bipartisan, bicameral support and building outside left/right coalitions.

The next Congress could revisit the issue of earmarks.  Historically, this has been an important way of gaining support for legislation.  A bipartisan panel was appointed in the House last year to review reforms for future Congresses.  The panel’s conclusions included a strong recommendation for Congress to reclaim its Constitutional power to originate direct spending (the power of the purse). It is still unclear whether Republican Senate Leadership will acquiesce to direct spending and bicameral support will be needed. If earmarks do resume, they will be accompanied by a more transparent process.

A Republican-controlled Senate also means that recently finalized Trump Administration regulatory rules cannot be quickly nullified through the Congressional Review Act, but instead would have to be overturned by establishing new regulations through the Administrative Procedure Act notice and comment process.  In this regard, we expect the Executive Branch to focus extensively on executive orders and rulemakings in its first year.  Importantly, these would provide stakeholders with new opportunities for intervention.

We also expect a significant focus on oversight in the 117th Congress.  With approximately $3.5 trillion in COVID-19 relief, possibly more to come, Congress will necessarily engage in oversight.  Additionally, a Republican Senate will also use its authority to conduct rigorous oversight of the Biden Administration, just as the Democratic House did so over the Trump Administration.

Prospects for Legislation in the Lame-Duck Session

COVID-19 relief: Senate Majority Leader Mitch McConnell and House Speaker Nancy Pelosi have stated that COVID-19 stimulus and relief are urgent priorities for consideration in the lame-duck session. However, there continues to be a significant delta, with Speaker Pelosi proposing a $2.4 trillion package and Leader McConnell proposing a $500 billion package. Additionally, President Trump’s willingness to sign a COVID-19 relief and stimulus bill is unknown, though he recently tweeted in support of a potential measure.  It is possible that the focus may shift to extensions of expiring policies, punting a broader package to 2021.

Appropriations: Congress and the White House must address the government's continued funding or risk a potential government shutdown in the absence of an agreement.  The current Continuing Resolution expires on 11 December. Although the Appropriations Committees have passed or proposed individual spending bills, it remains to be seen whether there is both the time and inclination to address these rather than pass a short-term or long-term Continuing Resolution.

National Defense Authorization Act (NDAA): Traditionally, the NDAA is seen as a must-pass bill, and this would mark the 60th year in a row of its passage.  Both the House and Senate have passed their NDAA bills and the conference process to reconcile differences is underway. We do expect this to be successfully concluded and the President to sign it. Areas that remain to be negotiated include border wall funding and renaming of military bases, which have created challenges as the negotiations proceed.

Nominations: As the previous three items continue to get negotiated, Senate Majority Leader McConnell will continue to approve judicial nominations as quickly as possible to ensure influence post-inauguration. The Senate also will confirm Trump’s nominations to executive branch agencies and regulatory bodies.  Once President-elect Biden takes office, however, things will change dramatically.  Although a continuing Senate Republican majority would be expected to continue to show the traditional deference to presidential nominations of executive branch officials, a Republican majority in the Senate would be likely to reject executive branch nominees who are deemed to have very liberal policy views that place them out of the political mainstream.  A Senate Republican majority would demonstrate less deference towards President Biden’s nominees to life-tenured Federal judgeships.  In addition, given a thin Senate Republican majority of 52-48 or 51-49, some moderate Republican Senators may have enhanced power as “swing” votes.  However, some senators may side more often with conservatives if they are running for reelection in 2022 to deter a primary challenge from the party’s right-wing.  Time will be a limiting factor, as the Senate is only slated to be in session for three more full weeks this Congress.

With respect to the incoming Biden Administration, early action is expected in four key ways, including as early as inauguration day.

Education: Anticipate consistent, disciplined messaging from the incoming Biden Administration on COVID-19 and other national issues.  This will go to the heart of President-Elect Biden’s “heal the nation” mantra.

Executive orders: President-Elect Biden has said that, on the first day of his new administration, he will re-join the Paris Climate Accord and the World Health Organization.  He is expected to take actions to allow “dreamers” to stay and allow individuals from currently banned, predominantly Muslim countries to enter the U.S.

Emergency authorities: Expect President-Elect Biden to more broadly invoke the Defense Production Act and other emergency authority to take an aggressive national role in the production and distribution of personal protective equipment, testing equipment, and ultimately vaccines (akin to FDR’s War Production Board). He also may use international trade authorities that could impact supply chains.

Enforcement: Whether the incoming Biden Administration will continue to pursue Trump enforcement priorities in healthcare or technology is unclear; also, expect much greater enforcement in regulatory areas that languished under President Trump. Expect higher budgets and more personnel for a variety of federal agencies that touch on workplace safety, worker classification, and other labor issues, including the Occupational Safety and Health Administration (OSHA), the Equal Opportunity Commission (EEOC), the National Labor Relations Board (NLRB), the Internal Revenue Service (IRS), the Department of Justice (DOJ).  Look for early agency ‘guidance’ and informal interpretations as well as formal actions.

We expect early attention to:

COVID-19 Relief/Stimulus: If a bill is passed during the lame-duck session, there will likely be calls for additional action pending vaccine availability. If there is no lame-duck action, then there will be significant calls for action by January.

Infrastructure: This has been a long-standing objective for both Democrats and Republicans, and many view an aggressive infrastructure bill as the best way for economic stimulus – even if it is not fully offset.  Earmarks would also help pave the way to a bill.

Innovation: Another area of bipartisan support, particularly given China's perceived threat to America’s technological leadership. We envision an infrastructure bill to include an innovation component (e.g., rural broadband; 5G).

“If you are not at the table, you risk being on the menu…”

As you consider possible opportunities and dangers, we are here to help with legislation, regulation, administrative interpretations, or enforcement actions. 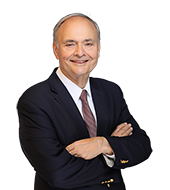 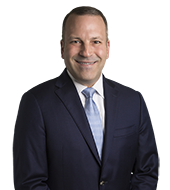 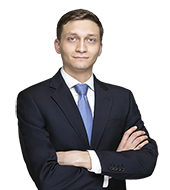