An Australian Perspective on D&O Insurance for Cyber Liabilities: Increased Cyber Exposure Should Cause Directors & Officers to Take Another Look at Their D&O Policies

With thanks to the authors of the original Legal Insight, Sarah Turpin and Jeffrey J. Meagher

Scarcely a day goes by without news headlines reporting yet another data breach or cyber crime incident, which can have devastating consequences for any business in terms of both reputation and balance sheet. A cyber incident may also have serious additional consequences for the directors and officers of the affected business, including shareholder class actions, regulatory investigations and sometimes even criminal investigations. Directors and officers (D&O) insurance is designed to provide coverage for these types of liabilities, but existing policies may not have been written with cyber liabilities in mind. This article discusses the cyber-related risks directors and officers may face and how their D&O insurance can be set up to respond.

Cyber attacks can impact an organisation in a variety of ways but experience has shown that the costs can be very significant. An annual study conducted by Ponemon Institute and sponsored by IBM Security reveals that the average cost of a data breach for Australian organisations is currently AUD1.9 million. The cost of a data breach differs depending upon the industry and an organisation's capacity to deal with a breach. In Australia, the financial industry was found to be, on average, the most heavily burdened industry, with an average cost of a data breach being AUD3.2 million in 2017. One area of cost exposure from cyber attacks arises from regulatory action. The level of fines able to be imposed by the Office of the Australian Information Commissioner (OAIC) increased significantly from 22 February 2018 when the Privacy Amendment (Notifiable Data Breaches) Act 2017 (Cth) came into effect, introducing compulsory reporting of data breaches to individuals whose personal information is involved in a data breach that is likely to result in serious harm. Going forward, such breaches could result in fines of up to AUD2.1 million for businesses or AUD420,000 for individuals. This is in addition to the significant costs likely to be incurred by the organisation in employing cyber security experts to determine the cause of the attack, the implementation of improved cyber security systems, notifying those affected by the data breach and setting up call centres and credit monitoring for their benefit.

Additional Consequences for Directors and Officers
It is almost inevitable, where companies experience such significant losses, that criticism will be directed at senior management, particularly given that cyber security is now widely recognised as a boardroom issue. In the United States, there have been a number of shareholder derivative actions and securities-related class action lawsuits against directors and officers for alleged failure to take adequate steps to prevent a breach of the company’s cyber security defences. For example, last year, shareholders filed a securities-related class action lawsuit against Equifax following the credit monitoring and reporting company’s disclosure that it had sustained a data breach involving more than 140 million U.S. customers. Until recently, most of these shareholder lawsuits had been unsuccessful from the plaintiffs’ perspective. Earlier this year, however, Yahoo settled a data breach-related securities class action lawsuit for US$80 million. Yahoo’s proposed settlement comes on the heels of new guidance from the Securities and Exchange Commission (SEC) that calls on public companies to be more forthcoming when disclosing cyber risks and incidents. Together, these new developments may lead to more shareholder lawsuits in the United States.

In Australia, shareholder derivative actions are increasingly being brought by shareholders where public companies have delayed making announcements that have subsequently been shown to have a material effect on the price of the company's securities. These class actions can be costly. One of the largest class action in Australia is the Centro litigation which was ultimately settled for approximately AUD200 million in 2012. With the increase in shareholder class actions in the United States in relation to data breaches, it is likely to be only a matter of time before similar class actions arise in Australia. Directors and officers may be at risk of breach of duty claims particularly if the company goes into insolvency as a consequence of the cyber incident. Where the circumstances giving rise to the data breach occur prior to a change in control, former directors and officers may face breach of duty claims for management failings prior to the change.

Another potential concern for directors and officers is that they could be the subject of regulatory investigation or proceedings. In Australia, the ASX 100 Cyber Health Check Report found that the board (or one of its committees) is directly responsible for holding management to account on cyber risk in the vast majority of ASX 100 companies, with only 3% delegating this role to an executive committee. In the United States, the SEC has already brought several enforcement actions against regulated firms for cyber security failings. For example, in 2016, a prominent financial services firm agreed to pay a US$1 million penalty to settle charges related to its failure to protect customer information, some of which was hacked and offered for sale online. It seems inevitable that, in circumstances where Australian directors or officers are suspected of not having complied with their extensive responsibilities relating to the prevention and management of cyber incidents, they will be personally exposed to regulatory enforcement action.

Directors and officers may even be at risk of criminal action in certain circumstances, such as if the company director or officer is held to have been reckless in failing to exercise their powers and discharge their duty of good faith. Similarly, directors and officers may face criminal liability for insider trading if they sell company stock before a data breach is disclosed to the public. For example, federal prosecutors in the United States recently announced insider trading charges against a former Equifax executive arising out of the data breach described above. According to the complaint, the former executive sold almost US$1 million worth of company stock two weeks before the massive data breach was disclosed to the public. In Australia, where an offence of insider trading is committed by a company and it is established that it has been committed at the direction of, or with the consent of, a director it is possible, that director, as well as the company, will be guilty of an offence and imprisoned or fined or both.

How D&O Insurance Should be set up to Respond
D&O insurance is specifically designed to cover claims against directors and officers for breach of duty and other management failings. At present, it is not common for claims alleging or arising from the failure to ensure proper management of cyber risks to be excluded from D&O policies, but this needs checking particularly as claims exposures increase. In addition, some policies impose jurisdictional exclusions which can prove problematic in the cyber context given the increased risk of liability arising from violations outside the country in which the company operates.

The cover provided by the D&O policy should include claims not only by third parties but by the company, liquidators, administrators and shareholders. In the past, many policies imposed “insured -v- insured” exclusions which were aimed at excluding “collusive” claims designed to take advantage of the D&O cover. Such exclusions are now typically subject to various carve outs or exceptions which are designed to add back cover for certain types of claims. It is particularly important to ensure that cover is available for shareholder actions and other claims brought on behalf of the company especially in an insolvency context.

D&O policies typically provide some cover for regulatory investigations where directors or officers are targeted or required to attend for interview in the context of an investigation of the company. However, the cover may be subject to certain limitations and the coverage triggers may require attention as in practice these often apply fairly late in the investigation process, with the result that preliminary legal costs may not be recoverable unless the policy is suitably amended. Coverage may be provided for civil fines and penalties where insurable in the relevant jurisdiction.

Most D&O policies will cover criminal investigations and proceedings although the cover will be limited to defence costs only. Criminal fines and penalties are excluded as a matter of public policy. An exclusion will generally be imposed in respect of claims arising from dishonest or fraudulent conduct, though that exclusion will typically only apply when such conduct is established by final adjudication. Some policies go further and seek to exclude any misconduct which is deliberate or intentional. The wording of such exclusions requires careful examination. Most conduct is intentional and such exclusions should only apply where there has been an intentional breach of the law. In any event, the policy should make clear, by means of a severability provision, that the misconduct of one director or officer will not impact the cover available to other directors and officers covered by the same policy.

Another important point worth considering when assessing availability of cover in the cyber context is the potential impact of the professional services exclusion. This typically seeks to exclude any claim arising from the provision of professional services, the reason being that such claims will typically be insured under a Professional Indemnity or Errors and Omissions policy. Care needs to be taken to ensure that the exclusion does not affect the ability of the D&O policy to respond where shareholders, regulators or other third parties seek to hold directors or officers responsible for the acts of others providing professional services. Such claims typically involve alleged management failures and it is worth ensuring such claims are carved out of the professional services exclusion. This is particularly important in the cyber context given the potential for data breaches and other cyber incidents to arise from employee error. If there is evidence to suggest lack of staff training and user awareness then criticism may be directed at senior management as a result.

Finally, cyber claims may arise out of actions by “hacktivist” organisations or government or quasi-government actors. If so, D&O insurers may argue that a war or terrorism exclusion applies unless it expressly exempts cyber-related incidents. 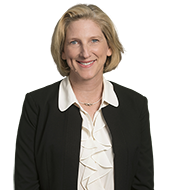