In McCarrell v. Hoffman-La Roche, Inc., 2017 WL 344449 (Jan. 24, 2017), the New Jersey Supreme Court replaced the State’s “governmental-interest” standard to resolve choice-of-law questions regarding statutes of limitations in tort actions with § 142 of the Restatement (Second) of Conflict of Laws.  The result?  The New Jersey Supreme Court has paved the way for out-of-state tort plaintiffs to file their cases in New Jersey to revive otherwise time-barred claims.

Under the governmental-interest standard, New Jersey courts paid homage to other states’ interests in selecting the appropriate statute of limitations in tort cases when presented with a conflict of law issue.  The governmental-interest analysis involved balancing the interests of the states involved and required the application of the law of the state with the greatest interest in resolving the particular issue.  Gantes v. Kason Corp., 145 N.J. 478, 484 (1996).  Because the New Jersey Supreme Court declared twenty years ago that New Jersey has “a strong interest in encouraging the manufacture and distribution of safe products,” Id. at 490, New Jersey’s statute of limitations usually won out over those of other states.

New Jersey applies a “discovery rule” to the two-year statute of limitations for tort claims that tolls the running of the statute “until the injured party discovers, or by an exercise of reasonable diligence and intelligence should have discovered” that he or she may have the basis for a claim (referred to as “equitable tolling”).  N.J.S.A. 2:A:14-2; McCarrell, 2017 WL 344449, at *6, quoting Lopez v. Swyer, 62 N.J. 267, 272 (1973).

The McCarrell case demonstrates the ease at which a plaintiff will be able to resurrect an otherwise statute-barred claim by filing it in New Jersey in the wake of the Court’s decision.  The plaintiff in McCarrell was prescribed Accutane in June 1995.  In 1996, ten months after completing the prescription, the plaintiff experienced intense abdominal pain and related symptoms.  The plaintiff was an Alabama resident, who was prescribed Accutane in Alabama, claimed he suffered Accutane-related injuries while in Alabama, and received medical treatment for his alleged injuries in Alabama.  At the time, defendant manufacturers of Accutane, Hoffmann-La Roche, Inc. and Roche Laboratories (the “Roche” Defendants), were New Jersey corporations that designed, manufactured, and labeled Accutane in New Jersey, and distributed and marketed the drug from New Jersey.  McCarrell, 2017 WL 344449, at *3–5.

In July 2003, the plaintiff filed a failure-to-warn product liability lawsuit in New Jersey state court as part of the consolidated Accutane litigation in Atlantic County.  Roche moved for summary judgment to dismiss plaintiff’s claim as barred by Alabama’s two-year statute of limitations.  Id. at *6.  At that time, Alabama did not apply an equitable tolling rule to its tort statute of limitations, so the applicable limitation period had expired by the time plaintiff filed his lawsuit.  Id. at *5.  The plaintiff argued New Jersey’s statute of limitations applied and was tolled by the “discovery rule.”  Id.  The trial judge applied the then-controlling governmental-interest test set out in Gantes and found that Alabama had no “discernable interest” in barring one of its citizens from pursuing a claim in New Jersey, and New Jersey “had a singularly distinct interest ‘in deterring the manufacture and distribution of unsafe products within the state.’”  McCarrell, 2017 WL 344449, at *6, quoting Gantes, 145 N.J. at 490.  The plaintiff’s complaint was ruled timely under New Jersey law.  The case proceeded to trial and a jury found in favor of plaintiff.

Plaintiff also prevailed in the second trial.  McCarrell, 2017 WL 344449, at *7.  Roche moved for judgment notwithstanding the verdict, arguing that the plaintiff’s claim was barred by Alabama’s statute of limitations.  Id.  This time Roche took a new tack and argued that the New Jersey Supreme Court had replaced the governmental-interest test with the “most significant relationship” test from the Restatement Second §§ 146 and 145, in P.V. ex rel. T.V. v. Camp Jaycee, 197 N.J. 132 (2008).  Those sections of the Restatement Second begin with a presumption in favor of the substantive law of the state where the injury occurred.  McCarrell, 2017 WL 344449, at *7.  The trial judge denied the motion, finding the argument untimely because Roche had not argued it before the Appellate Division, and that New Jersey’s statute of limitations would apply even if Restatement Second §§ 6, 146, and 145 were employed.  Id.

Roche again appealed.  In an unpublished opinion, the Appellate Division accepted Roche’s argument, holding that the New Jersey Supreme Court’s application of Restatement Second §§ 146, 145, and 6 in Camp Jaycee established the rules for resolving conflict of laws issues regarding statutes of limitation in tort cases.  McCarrell, 2017 WL 344449, at *7.  The panel held “the law of the state where the injury occurred” applies “unless some other state has a more significant relationship to the issue,” and found the presumption in favor of the injury-state was not overcome in this case.  Id.  The panel also declined to apply Restatement § 142, despite the fact that it expressly addresses choice-of-law-issues that arise when the forum state’s law conflicts with another state’s statute of limitations.  Id.  The New Jersey Supreme Court granted plaintiff’s petition for certification.

On appeal, the New Jersey Supreme Court held unequivocally that there is no presumption in tort cases in favor of applying the statute of limitations from the state of injury.  Id. at *13.  The Court rejected application of Restatement Second §§ 146, 145, and 6 to resolve conflict of law issues concerning statutes of limitation, holding that Camp Jaycee’s adoption of those provisions was solely to resolve conflicts of substantive law in tort actions.  Id.  The Court went on to discard the governmental-interest test in favor of Restatement Second § 142.  Id. at *13–14.  Applying that test, the Court found that New Jersey’s interest in the litigation — protecting both New Jersey citizens and citizens from other states from unreasonably dangerous products originating from New Jersey — was substantial and found no “exceptional circumstances” that would render application of the State’s statute of limitations unreasonable.  Id. at *16–*17.

When applying the governmental-interest test, New Jersey courts were required to analyze each state’s interests and apply the statute of limitation of the state with the greatest interest.  The New Jersey Supreme Court instructed courts to “identify the governmental policies underlying the law of each state and how those policies are affected by each state’s contacts to the litigation and the party.’”  Id. at *10, quoting Gantes, 145 N.J. at 485.  Restatement Second § 142 presumes a forum state’s statute of limitations will apply and makes other states’ policies and interests superfluous concerns.  It is now much easier for plaintiffs that can establish any basis to bring a tort suit in New Jersey to avoid a shorter statute of limitations in their home state – in short, forum shop.  In fact, the New Jersey Civil Justice Institute (the “Institute”) submitted an amicus brief to the Supreme Court in McCarrell, urging that it not adopt Restatement Second § 142 because it was likely to “encourage forum shopping by out-of-state residents seeking to sue New Jersey pharmaceutical companies….”  McCarrell, 2017 WL 344449, at *9.  The Institute understood the real risk to New Jersey-based product designers, manufacturers, and distributors of forum shopping by plaintiff’s lawyers.  Nearly one-half of U.S. states either restrict application of a discovery rule or do not use a discovery rule at all.

The McCarrell Court tried to assuage these fears by noting that Restatement Section § 142 would not “ordinarily permit” plaintiffs from another state with a longer limitations period to pursue a claim against a New Jersey manufacturer after the New Jersey’s statute of limitation has expired.  Id. at *14.  The Court also quoted the comments to Section 142: “‘[E]gregious examples of forum shopping’ will be discouraged when a forum state that has no interest in the litigation declines to apply its favorable state of limitations.”  Id at *15, quoting Restatement (Second), supra, § 142, cmt. g.  Whether these assurances will prove accurate remains to be seen − but the fact remains that New Jersey is now a more attractive forum than ever to out-of-state tort plaintiffs. 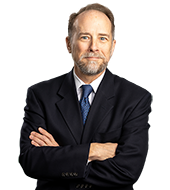