An Overview: Electronic Signing and the New "Sign with SingPass" Service in Singapore

This article will explore the various methods of electronic signing and associated concerns.

The ETA clarifies that information documented in an electronic record is not to be denied effect, validity, or enforceability solely because it is an electronic record. In relation to the execution of documents, while the ETA does not expressly define “electronic signatures,” it does afford recognition to signatures made electronically as long as there is an appropriate and reliable method in which the signatory’s identity and “intention in respect of the information contained in the electronic record” can be ascertained. Practically speaking, this means that as long as the aforesaid verification can be satisfied, execution by way of an electronic signature could be as simple as doing a copy and paste of an electronic image of a handwritten signature, creating a signature using a computer trackpad, or even typing one’s name into the soft copy contract.

The challenge in relation to the above is of course the means to verify the appropriate and reliable method to ascertain the signatory’s identity and intention in respect of the information contained in the electronic record.

Whether or not a security procedure is commercially reasonable is dependent on the purposes of the procedure and the commercial circumstances at the time the procedure was used. In evaluating this, the relevant considerations include:

Nevertheless, it should be noted that the application of a secure electronic signature by one party does not automatically grant the same status to all other signatures in the same document. This is because each signature is evaluated on its own facts.

A digital signature, which is regulated as a specified security procedure, is defined in the ETA as:

a. Whether the transformation was created using the private key that corresponds to the signer’s public key; and

b. Whether the initial electronic record has been altered since the transformation was made.

To better understand these requirements, we set out an illustrative example below:

In 2003, the Singapore Government commenced the implementation of its digital identity system for Singapore residents and businesses registered in Singapore to conclude transactions digitally. As part of this initiative, the Government Technology Agency of Singapore (GovTech) launched the “Sign with SingPass” digital signing service on 5 November 2020. The service enables SingPass users to electronically sign contracts, agreements, and other legal documentation and is being introduced by Assurity Trusted Solutions Pte Ltd (Assurity), Singapore’s National Certification Authority, in collaboration with DocuSign, iText, Netrust, Adobe, OneSpan, Dedoco, Tessaract.io, Kofax, and Modus Consulting.

GovTech has explained that Sign with SingPass allows SingPass users to use the SingPass mobile application to sign an electronic document by scanning a QR code specifically generated for that electronic document and applying a digital signature that is unique and cryptographically linked to the signer. It has also explained that digital signatures generated by Sign with SingPass will be issued certificates by Assurity and that, once signed, a cryptographically random, unintelligible, and irreversible code representing the electronic document will be transferred to the receiving party.

Excluded Matters and Other Considerations

There are categories of transactions and documents to which certain provisions of the ETA do not apply. These are as follows:

Depending on the relevant laws and legal requirements that govern the transaction/document, it may still be possible to execute such transactions/documents electronically. However, it will not be possible to benefit from the various statutory presumptions under the ETA.

On a concluding note, while the rise of electronic signatures affords parties greater convenience when transacting, parties should nonetheless be cognizant of the varying degrees of technological risks that can be associated with their use, as well as differences between the laws of different countries when contracting with an international counterparty or where the governing law of the contract is not specified to be Singapore law. 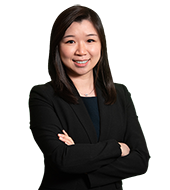 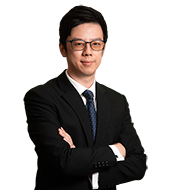