Effective July 1, 2019, Pennsylvania has joined 20 other states in adopting the Revised Uniform Arbitration Act (RUAA) as the most current law governing agreements to arbitrate in Pennsylvania. The RUAA was originally promulgated by the Uniform Law Commission in 2000, which replaced the original Uniform Arbitration Act (UAA) enacted by the Commission in 1956. Recognizing the need to replace an outdated UAA, Pennsylvania adopted the RUAA as a more thorough and robust arbitration law to meet the needs of modern disputes. Now, the RUAA provides specific guidance on various aspects of arbitration, including but not limited to the initiation of arbitration proceedings, impartiality of arbitrators, arbitrator immunity, discovery proceedings, and sanctions.

Overall, the RUAA should provide clarity with respect to most aspects of an arbitration proceeding. Moreover, because arbitration provisions are found in most construction contracts and arbitration often results when mediation ends in an impasse, it is vital that parties and their counsel maintain a familiarity with the procedural and substantive aspects of this alternative dispute resolution process. 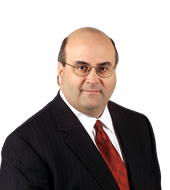