On September 1, 2017, Texas Senate Bill 10 / House Bill 1774, entitled “An Act relating to actions on and liability associated with certain insurance claims” and otherwise known as the “Hailstorm Bill,” (the “Bill”) went into effect. Before it took effect, the Bill was touted by its proponents as a tailored remedy to curb the allegedly abusive actions of “storm-chasing lawyers.”[1] From the face of the Bill, which bolstered previously existing pre-suit notice requirements and provided consequences for noncompliance, it was clear that such curtailment would come at the expense of policyholders. Without judicial guidance, however, policyholders and practitioners were left to speculate about how exactly the Hailstorm Bill would affect the realities of litigating property insurance disputes in Texas. Now, after sixteen months, some of those questions have been answered.

The terms of the Bill raise many questions, such as those about the Bill’s scope, the level of specificity required of pre-suit notices, and the Bill’s applicability to insurance coverage actions brought to federal court. After sixteen months of the Bill (codified as Chapter 542A of the Texas Insurance Code), some of those questions have been answered. Though the relevant case law is scarce under this still “new” law, and while many questions remain, as opponents of the Bill predicted, the effect of Chapter 542A has been to benefit insurers at the cost of additional burdens placed on policyholders. Policyholders and practitioners should be wary of the potential pitfalls associated with a failure to adhere strictly to Chapter 542A’s pre-suit notice requirements, which can serve to limit or entirely cut off the recovery of otherwise available attorneys’ fees.

Chapter 542A applies to a “claimant,” or insured, asserting a “first-party claim” that:

(A) is made by an insured under an insurance policy providing coverage for real property or improvements to real property;

(B) must be paid by the insurer directly to the insured; and

(C) arises from damage to or loss of covered property caused, wholly or partly, by forces of nature, including an earthquake or earth tremor, a wildfire, a flood, a tornado, lightning, a hurricane, hail, wind, a snowstorm, or a rainstorm.[2]

A claimant must, “not later than the 61st day before a claimant files an action,” give the person from which they seek damages written notice providing:

Additionally, “an attorney or other representative” providing such notice on behalf of a claimant shall:

In order to provide some measure of protection to claimants giving pre-suit notice, Chapter 542A ensures dismissal of pre-emptive actions brought by insurers during the sixty (60) days following notice.[5]

A claimant who fails to give pre-suit notice or who, upon request, fails to provide their insurer with a “reasonable opportunity to inspect, photograph, or evaluate the property that is the subject of the claim,” may have their action abated until either:

If a defendant in an action to which this chapter applies pleads and proves that the defendant was entitled to but was not given a presuit notice stating the specific amount alleged to be owed by the insurer under Section 542A.003(b)(2) at least 61 days before the date the action was filed by the claimant, the court may not award to the claimant any attorneys' fees incurred after the date the defendant files the pleading with the court.[7]

Additionally, inclusion of inaccurate demand amounts in a pre-suit notice may also prejudice a claimant’s ability to recover attorneys’ fees:

Chapter 542A Applies in Federal Court.

Although Chapter 542A’s pre-suit notice requirements are superficially procedural in nature, courts have held that Chapter 542A applies in federal diversity cases. In Carrizales v. State Farm Lloyds, 3:18-CV-0086-L, 2018 WL 1697584 (N.D. Tex. Apr. 6, 2018), the Northern District of Texas compared Chapter 542A to medical malpractice and Deceptive Trade Practices Act notice requirements, which the Fifth Circuit have directly and indirectly held, respectively, apply in federal court. The Carrizales court opined that “the notice statute for actions brought under the Texas Insurance Code likewise presents a procedural requirement that is so intertwined with Texas’s substantive policy that federal courts sitting in diversity must enforce its requirements.” Id. at *2 (emphasis added).

Thus, the Court is of the opinion that, although providing sufficient notice is a procedural process, federal courts should apply the notice provision in § 542A because its purpose is intertwined with Texas’s substantive policy.

Careful Compliance with Chapter 542A is Critical.

Before the Bill took effect, and soon thereafter, policyholders and practitioners may have wondered whether their existing demand practices were sufficient to satisfy Chapter 542A’s pre-suit notice requirements. After all, the bill was purportedly intended to target “storm-chasing lawyers” who would often bring insurance coverage claims in high volumes with little or no notice of actual amounts being sought. Could standard claims handling practices and exchanges—which often already involve extensive documentation and information exchanges between policyholders and insurers detailing the circumstances giving rise to the claim and claim amounts—be enough to satisfy the new pre-suit notice requirements?

Thus far, the decisions of courts applying Chapter 542A have not been encouraging to policyholders. In In re Allstate Indemnity Company, No. 14-18-00362-CV, 2018 WL 3580644 (Tex. App.—Houston [14th Dist.] July 26, 2018, no pet. h.), owners of a condominium brought an insurance coverage action against Allstate Indemnity Company for certain property damage sustained during Hurricane Harvey. Allstate filed a petition for writ of mandamus after the trial court denied its plea in abatement under Chapter 542A and awarded the claimants attorneys’ fees “as a sanction against Allstate for filing a frivolous plea.” Sitting per curiam, the appellate court granted Allstate’s petition and directed the trial court to set aside its order. Without much elaboration, the court held that a series of letters and e-mails from claimants to Allstate failed to strictly comply with the requirements of § 542.003, thereby rendering the trial court’s order an abuse of discretion.

Although the Allstate court did not discuss the exact deficiencies of the supposed pre-suit notice, federal courts have adopted a formalistic approach, requiring strict compliance with Chapter 542A’s individual requirements. For example, in Perrett v. Allstate Ins. Co., 4:18-CV-01386, 2018 WL 2864132 (S.D. Tex. June 11, 2018), the Southern District of Texas granted a motion to abate on the basis that an otherwise proper notice letter (compliant with § 542A.002(b)’s factual statement and claimed amounts requirements) failed to satisfy § 542A.002(c)’s specific requirement that an attorney providing notice on behalf of a claimant “include in the notice a statement that a copy of the notice was provided to the claimant.” In Davis v. Allstate Fire & Cas. Ins. Co., 4:18-CV-00075, 2018 WL 3207433 (E.D. Tex. June 29, 2018), the Eastern District of Texas came to the same conclusion. Specifically, the Davis court observed that “district courts that have recently analyzed the notice provision in § 542A have found that federal courts should apply it strictly.” Id. at *3.

The Exact Scope of Chapter 542A is Still Unclear.

The first full year of practice under the Bill has made clear that policyholders and practitioners should (1) be wary of Chapter 542A in both state and federal court and (2) pay close attention to its specific requirements when preparing a pre-suit notice. Many questions, however, remain.

For example, no court to date has tackled the exact scope of the statute. The meanings of “providing coverage for real property or improvements to real property” and “arises from damage to or loss of covered property caused, wholly or partly, by forces of nature” are hardly self-evident. Although Chapter 542A clearly covers a wide variety of natural events, no court has tested the outer bounds of the “arises from” language. Additionally, the breadth of the property policies to which Chapter 542A applies has not yet been tested. Likewise, no case law thus far has addressed the adequacy of specific notice language. Rather, as outlined above, existing decisions have only addressed the adequacy of notice letters on a high level. Further, the Fifth Circuit has not had occasion yet to opine about the Hailstorm Bill in any respect.

Policyholders and practitioners can expect more answers—though, perhaps, more questions to arise as well—as the jurisprudence surrounding Chapter 542A continues to develop. In the interim, however, what is clear is that Chapter 542A and its pre-suit notice requirements warrant a cautious approach. Policyholders and practitioners should, when in doubt, make every effort to comply with the statute’s literal terms. In the absence of compliance, courts have demonstrated a willingness, and perhaps obligation, to abate policyholders’ actions under the statute and potentially limit or foreclose their recovery of attorneys’ fees. 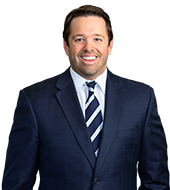