The Department of Justice Antitrust Division and the Federal Trade Commission recently released a long-awaited draft of their updated Vertical Merger Guidelines (the “Guidelines”), the first update since 1984. The draft Guidelines are intended to provide clarity on how the antitrust agencies will review and analyze vertical mergers (i.e., mergers and acquisitions that combine firms operating at different levels of the same supply chain, such as a merger between a manufacturer and its supplier) to determine whether they violate the antitrust laws. The previous Guidelines reflected the view that “non-horizontal mergers are less likely than horizontal mergers to create competitive problems” since they do not eliminate market competitors and have many pro-competitive justifications, such as lower prices and increased quality. Since 1984, however, the agencies have shown increasing concern about the potential anticompetitive effects of vertical mergers, which led in 2018 to the first challenge of a vertical merger in 40 years. While this challenge to the AT&T/Time Warner combination was unsuccessful, the agencies’ change in attitude towards vertical mergers has caused increasing anxiety for companies pursuing vertical mergers. This in turn has led to a call for increased transparency around the agencies’ competitive analysis of vertical mergers.

While the draft Guidelines do not on their face reflect a major departure from traditional merger analysis, they do offer additional transparency to companies. As in the horizontal merger context, the salient issue according to the draft Guidelines remains whether the proposed transaction will substantially lessen competition in the relevant markets.

The draft Guidelines will be open for public comment until February 11, 2020. For more information or for assistance in submitting comments about the Guidelines to the agencies, please contact the authors of this article.

As with the Horizontal Merger Guidelines, the draft Guidelines propose that the antitrust agencies will approach potential vertical mergers by identifying the relevant markets, determining the market participants, and evaluating market shares and market concentration.

The draft Guidelines draw heavily from the market definition methods applied to horizontal mergers to describe the agencies’ approach to defining one or more relevant markets when evaluating a vertical merger. For vertical mergers, however, the agencies will also identify one or more “related products.” A related product is “a product or service that is supplied by the merged firm, is vertically related to the products and services in the relevant market, and to which access by the merged firm’s rivals affects competition in the relevant market.” Related products may be “an input, means of distribution, or access to a set of customers.”

The draft Guidelines warn that vertical mergers can substantially lessen competition when the merged firm can effectively raise a rival’s costs. For instance, if two manufacturers both obtain supply from the same source, a merger between one manufacturer and the supplier could allow the merged company to increase the cost of raw materials for the competing manufacturer. The draft Guidelines state that the agencies may construct economic models to help determine whether the impacted firms can obtain resources from other suppliers or whether the merger could result in less competition. The draft Guidelines list four factors to determine whether a vertical merger is likely to result in unilateral harm to competition:

The draft Guidelines consider whether a vertical merger would give the merged firm access to an upstream or downstream rival’s competitive, sensitive business information. They note that a merged firm’s access to such information could be used to minimize or undercut the impact of the rival’s procompetitive business and thus reduce the rival’s incentive to carry out the procompetitive conduct. The draft Guidelines further note that such mergers could also increase a market’s vulnerability to coordination by eliminating or weakening a maverick firm that previously prevented such coordination.

Perhaps the most significant development in the draft Guidelines is the agencies’ acknowledgement of the procompetitive benefits that could result from a vertical merger’s elimination of double marginalization. Double marginalization occurs when two firms who were each charging a markup merge and can profitably reduce their prices by removing one of the markups. The elimination of such a “double markup” makes the merged firm more efficient while also benefiting customers. The draft Guidelines place the burden of demonstrating how a particular transaction will eliminate double marginalization on the merging parties.

It is difficult to predict how aggressively the current and future administrations will review vertical mergers. Clients considering mergers should identify whether the proposed merger will give either company control over any “related products,” such that it could raise vertical concerns. If it does, working with antitrust counsel to conduct a risk assessment of the merger and proactively prepare defenses—preferably well before any necessary Hart-Scott-Rodino filings—can significantly reduce the risk of a challenge. 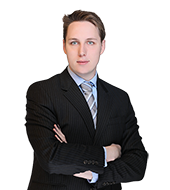