In a recent decision addressing federal court jurisdiction, the U.S. Supreme Court held that third-party counterclaim defendants cannot remove class action claims to federal court, holding that they are not “defendants” entitled to remove the action from state court to federal court under either the general removal statute, [1] or the federal Class Action Fairness Act (“CAFA”). [2] In a 5-4 decision in the matter of Home Depot U.S.A., Inc. v. Jackson, [3] the Court concluded that only a party sued by the original plaintiff is entitled to remove, and that CAFA’s expansion of removal authority to “any defendant” does not apply to third-party defendants that are not parties to the original action.

As detailed in a prior alert, [4] the litigation began as a debt collection action in North Carolina state court. The respondent George Jackson (“Jackson”) filed a class action counterclaim against (1) the plaintiff (a credit card company) and (2) Home Depot and Carolina Water Systems, Inc. -- neither of which were parties to the original collection action. Thereafter, the original plaintiff voluntarily dismissed its debt collection claims against Jackson, and Home Depot removed the class action counterclaims to federal court pursuant to CAFA. [5]

When removing, Home Depot argued that it should be considered a “defendant” because it was never a plaintiff in any claim associated with the original case in state court and all of the other prerequisites to a CAFA removal were met. [6] The district court granted Jackson’s motion to remand, finding that Home Depot, as a third-party defendant, was not an “original defendant” entitled to removal. [7] The Fourth Circuit affirmed.

Justice Thomas, writing for the majority, relied on a strict textual interpretation approach to the removal statutes. [8] In doing so, the Court found that the text of both the traditional removal statute and CAFA did not permit Home Depot, as a third-party defendant, to remove the claims against it to federal court. [9]

A. Traditional Removal Statute Does Not Provide Third-Party Defendants With Ability to Remove

The Court first considered the language of the traditional removal statute, 28 U.S.C. § 1441(a), which provides, in pertinent part, that “any civil action brought in a State court … may be removed by the defendant or the defendants…” provided certain other statutory prerequisites are met. The Court conceded that it is “plausible” that a third-party defendant could be considered a “defendant” in a “civil proceeding” entitled to removal, but the term “defendant” should not be “construed in a vacuum.” [10] Instead, the Court stated that § 1441(a) provides removal authority only to the original “civil action” and not merely to claims within that action. [11] Therefore, courts must determine if the initial civil action “could have originally been brought in federal court.” [12]

The Court explained that this reading comports with its prior ruling in Shamrock Oil & Gas Co. v Sheets, which held that an original plaintiff could not remove a counterclaim under the predecessor statute to § 1441(a). [13] Although Shamrock Oil involved a predecessor to the current removal statutes (including CAFA), federal courts reviewing removed cases by counterclaim defendants pursuant to CAFA have reached the same conclusion expressed in Shamrock Oil. Similarly, courts have held that a third-party defendant brought into the case after it is filed is not considered a “defendant” entitled to remove a matter to federal court under CAFA. Removal as a “defendant” in these circumstances has been found to be impermissible because plaintiffs who become counterclaim defendants, or newly added third-party defendants to a counterclaim, are not considered original defendants because “original defendants” are only those parties joined by the original plaintiff. [14]

To support its analysis, the Court compared the language of the traditional removal statute with the Federal Rules of Civil Procedure and other removal provisions, noting that the Rules distinguish between “defendants,” “third-party defendants,” and “counterclaim defendants,” and that the bankruptcy removal statute allows “any party” to remove. [15] The Court reasoned that Congress has drawn distinctions between various types of defendants, and if Congress intended to confer removal authority to third-party counterclaim defendants, it would have done so in the text of the removal statutes, or used the term “any party” as proscribed by the bankruptcy removal statute. Because the original action filed by Jackson could not have been brought in federal court, it could not be removed by Home Depot under the traditional removal statute.

B. CAFA Removal Statute Does Not Provide Third-Party Defendants With Ability to Remove

The Court next addressed removal rights under CAFA. CAFA provides in pertinent part, that “a class action may be removed … by any defendant without the consent of all defendants…” provided certain other statutory prerequisites are met. Home Depot argued that it fell within CAFA’s “any defendant” provision because it was never a plaintiff in any claim associated with the original case in state court. [16] The Court acknowledged that “this is a closer question,” but it concluded that the use of the words “any defendant” in CAFA only “alter[ed] certain restrictions” on removal procedures to enable a single defendant to remove without the consent of the other defendants. [17] In other words, the Court found that CAFA did not expand the types of defendants that could seek removal, just that any one of the originally named defendants could seek removal without obtaining the consent of the other defendants. Interpreting the term “defendant” in any other manner, including Home Depot’s interpretation, “would render removal provisions incoherent,” as the statutes would have different definitions of the term “defendant.” [18]

In short, the majority concluded that because a third-party defendant is not an original defendant to the civil action, and is only a party to a claim, it is not entitled to seek removal under existing removal statutes.

Justice Alito, joined by Chief Justice Roberts and Justices Gorsuch and Kavanaugh, wrote an impassioned dissent. Justice Alito labeled the majority’s interpretation of the removal statutes as “irrational,” noting that CAFA’s intent behind was to expand federal court jurisdiction for class action claims. [19] According to the dissent, Congress intended “any defendant” to mean any type of defendant and not just any one of the defendants named in the original action.

The dissent noted that Home Depot was a new party, was sued as a defendant in a state court forum -- not of its own choice -- and that the case would have been removable had Jackson sued Home Depot directly. The dissent expressed concern that the majority’s ruling created a loophole for consumers to use a litigation “tactic” to force a defendant to litigate an “unremovable” nationwide class action in state court, “subvert[ing] CAFA’s evident aims.” [20]

The Supreme Court’s decision in Home Depot U.S.A., Inc. leaves the state of the law unchanged -- counterclaim defendants and third-party defendants are not permitted to remove an action under CAFA. While the impact may be limited, the inability of a counterclaim defendant or a third-party defendant to remove a nationwide class action to federal court appears contrary to CAFA’s intent. It will be left to Congress, and not the Judiciary, to amend CAFA to enable such suits to be removed. [21] 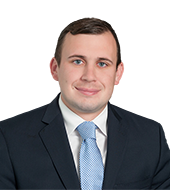