After much anticipation the Government has released the finalised "Commonwealth Modern Slavery Act 2018: Guidance for Reporting Entities" following the issue for public comment of the first draft in May 2018 (Guidance).

The position was made somewhat clearer, though arguably still not perfectly so, at the time the Modern Slavery Act was passed as it included as potential reporting entities:

Now with the benefit of the Guidance there has been a clarification of the position – the diagram below is based on the finalised Guidance to illustrate the circumstances where the Australian subsidiaries of foreign entities are being identified by Home Affairs as required to report under the Modern Slavery Act. 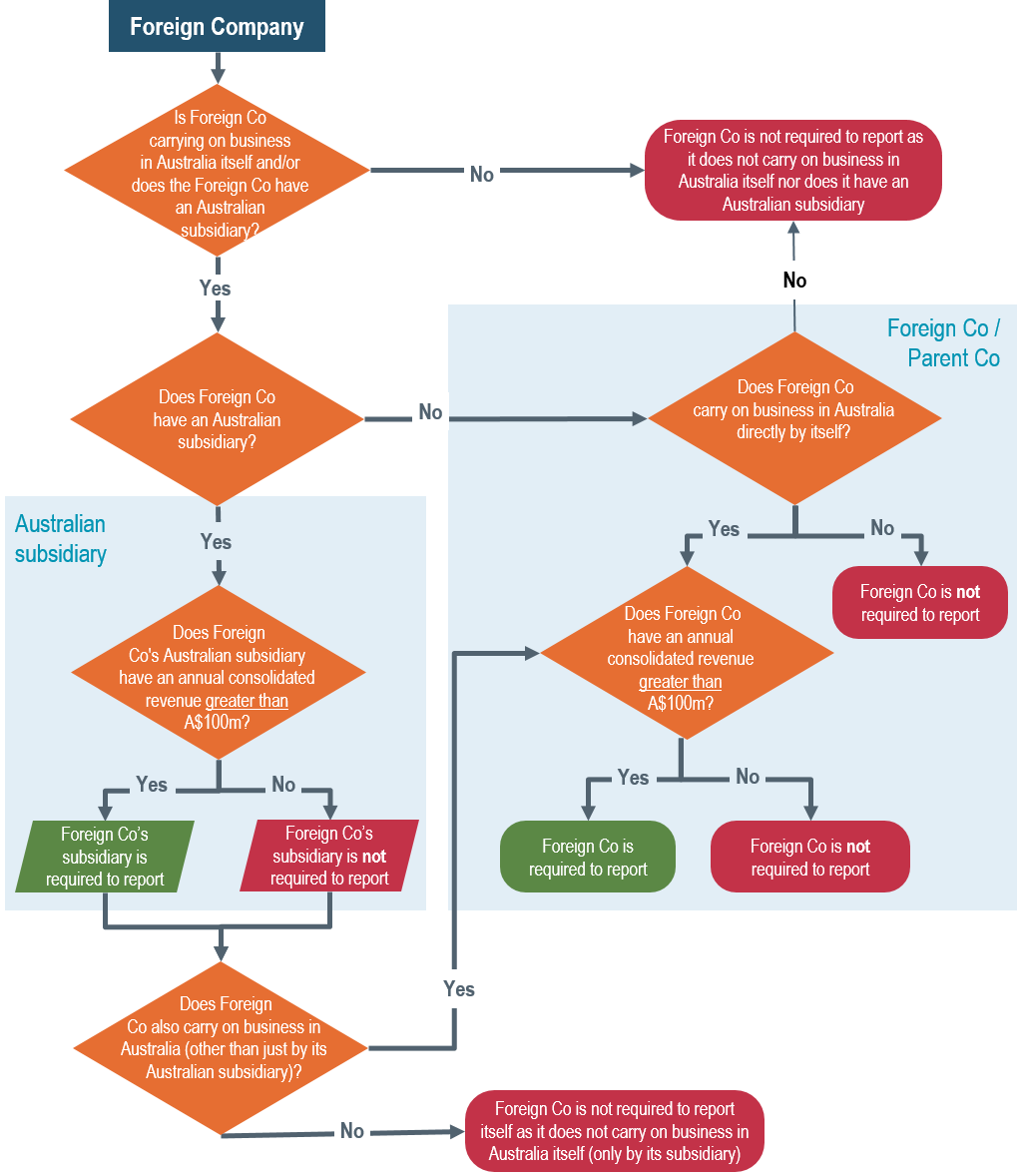 Diagram: when a Foreign Company and/or its Australian subsidiary are required to report.

The Guidance also contains welcome detailed information on what constitutes an entity's operations and supply chains.

The Guidance has further reinforced the Government's early message that a 'carrot' instead of a 'stick' approach is favored, at least initially.

The Guidance reinforces that for the first reporting period, the Government is aiming to work with non-compliant reporting entities to ensure they understand their reporting obligations and to support them to comply instead of resorting to publishing information about the entity and its non-compliance. The Government is expecting that as entities continue to report under the Modern Slavery Act that the quality of Modern Slavery Statements should improve as well as the progress in understanding and addressing modern slavery.

However, for entities which are found to have deliberately not complied or where there have been severe instances of repeat non-compliance, the Minister may choose to publicly 'name-and-shame' entities which fail to comply.

For assistance with complying with your reporting obligations under the Modern Slavery Act and the new Guidance, please contact our Global Ethical Supply Chain Initiative team.