This Brexit Bite assesses the post-Brexit landscape with respect to the UK’s data protection laws. It is important to remember that the UK remains a member of the European Union until the terms of its withdrawal have been finalised and, until the UK government invokes Article 50 of the Treaty on European Union, the likely two-year countdown towards Brexit will not start.

Therefore, there will be no immediate impact on UK data protection law. However, it is important that companies already begin to consider what the legal framework may look like in the post-Brexit world. This article first gives an outline of the UK’s current data protection regime, and then considers what that regime may look like once the UK has fully withdrawn from the European Union.

A Regulatory-Lite Future is Highly Unlikely

What can companies do in the meantime? 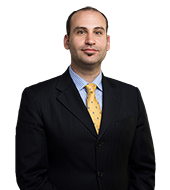