Balancing Act: Supreme Court Rules That Filing a Proof of Claim for Stale Debt Does Not Violate the Fair Debt Collection Practices Act

The U.S. Supreme Court has held that the filing of a proof of claim in bankruptcy proceedings with respect to time-barred debt is not a “false, deceptive, misleading, unfair, or unconscionable” act within the meaning of the Fair Debt Collection Practices Act (“FDCPA”) when there continues to be a right to repayment after the expiration of the limitations period under applicable state law.  The Court’s decision in Midland Funding, LLC v. Johnson [1] resolved a split among the federal courts of appeal about the application of the FDCPA to proofs of claim in bankruptcy proceedings.  While the decision is favorable for creditors, applicable state law (Alabama, in this case) played a key role in the Court’s conclusion that the creditor held a “claim” under the Bankruptcy Code.  Creditors must be aware of and review the relevant state law in the jurisdiction of collection to determine whether the filing of a proof of claim could be deemed false, deceptive, or misleading.

Background
In Midland Funding, the defendant-creditor filed a proof of claim in the plaintiff-debtor’s Chapter 13 bankruptcy proceeding for unpaid, ten-year-old credit card debt. [2]  As such, the applicable six-year statute of limitations under Alabama law for an action to recover the subject debt had expired before the filing of the bankruptcy and the proof of claim. [3]  The bankruptcy court sustained the debtor’s objection and disallowed the creditor’s claim. [4]

In a 5–3 decision, [8] the Supreme Court held that the filing of a proof of claim in bankruptcy proceedings for a time-barred debt does not violate the FDCPA when there continues to be a right to repayment after the expiration of the limitations period under applicable state law. [9]  The Court reasoned that under the applicable state law — here, Alabama — while the expiration of the statute of limitations provided a defense to a collection suit, it did not extinguish the underlying right to repayment of the subject debt.  Therefore, the Court concluded, there was nothing “false, deceptive, or misleading” about the filing of a proof of claim that accurately stated the amount of debt owed.

While the Supreme Court observed that it was a “closer question,” it nonetheless rejected the plaintiff-debtor’s argument that filing an accurate proof of claim with respect to unextinguished, time-barred debt is “unfair” or “unconscionable.” [10]  The Court concluded that while suing on a stale claim outside of bankruptcy might be unfair or unconscionable, the bankruptcy process — and, in particular, the involvement of the Chapter 13 trustee and the debtor’s ability to object and obtain a disallowance of the claim — mitigates concerns about unfairness. [11]  In reaching its conclusion, the Court contrasted the FDCPA with the Bankruptcy Code and emphasized that they have “different purposes and structural features.”  The FDCPA seeks to “help consumers” by “preventing consumer bankruptcies in the first place,” where the Bankruptcy Code “creates and maintains … the ‘delicate balance of a debtor’s protections and obligations.’” [12]  The Court ultimately held that requiring creditors, prior to filing a claim, to investigate the merits of possible affirmative defenses –– which is typically the debtor’s burden to assert and prove –– would upset the Bankruptcy Code’s delicate balance. [13]

The Dissenting Opinion
Writing for the dissent, Justice Sotomayor explained that debt collectors act in bad faith by filing proofs of claim as to time-barred debt “hoping and expecting that the bankruptcy system will fail.” [14]  Justice Sotomayor also expressed concern over what she sees as a practice to seek settlements or default judgments on debt for which the statute of limitations may have expired. [15]  Finally, the dissent noted a belief that permitting the filing of proofs of claims as to time-barred debt would add to the trustee’s workload and could dilute the share of assets available for distribution to creditors with timely claims. [16]  Absent from this analysis, however, was a rejection of the principle that the expiration of a statute of limitations under the state law applicable in this case does not eliminate the underlying legal right to repayment.

Conclusion
In the wake of the Supreme Court’s ruling in Midland Funding, creditors must continue to be mindful of the effect of a state statute of limitations on the underlying right to repayment when considering whether to file a proof of claim as to time-barred debt.  Whether a particular state’s statute of limitations extinguishes the underlying right to payment will be relevant to a determination of whether the filing of a proof of claim may implicate the FDCPA. [17]

[8] Justice Gorsuch took no part in the Supreme Court’s decision.

[11] Id. at *7 (“These features of a Chapter 13 bankruptcy proceeding make it considerably more likely that an effort to collect upon a stale claim in bankruptcy will be met with resistance, objection, and disallowance.”).

[13] The majority noted that (1) when the Advisory Committee on Rules of Bankruptcy Procedure promulgated Rule 9011, it rejected a proposal that would have required a creditor’s certification that there is no valid statute of limitations defense to a proof of claim, and (2) bankruptcy courts were split on whether the failure to investigate the statute of limitations before filing a proof of claim is sanctionable under Rule 9011.  Midland Funding, 2017 WL 2039159, at *8.

[17]  Creditors should consult with counsel as to the specific provisions of individual state statutes of limitations.  Moreover, the obligations of Federal Rule of Bankruptcy Procedure 9011 continue to apply to persons signing proofs of claim, and a bankruptcy court may sanction a party for filing a claim where a reasonable inquiry would conclude that the claim is not warranted or the factual contentions therein lack evidentiary support.  Under Federal Rule of Bankruptcy 3001, a proof of claim must provide certain information on claims for open-end or revolving consumer credit agreements, such as the last date of payment, the last transaction date, and whether the account was charged to profit and loss.  Such information should assist a debtor or trustee in determining whether it is time barred. 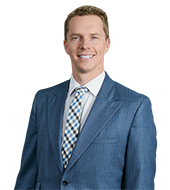