Banks and Non-Banks Beware: New Types of Redlining Claims are on the Horizon

The message could not be clearer: lenders, both banks and non-banks, should expect an onslaught of new claims of redlining, including challenges to “modern-day” redlining, which allegedly “remains pervasive in the lending industry today,” as well as to all “racist business practices,” including those accomplished by “discriminatory algorithms.”1

On Friday, 22 October 2021, Attorney General Merrick B. Garland announced the launch of a “Combatting Redlining Initiative” (the Initiative), committing the Department of Justice (DOJ or Department), in partnership with other enforcement agencies, to “addressing modern-day redlining by making far more robust use of our fair lending authorities.” The new Assistant Attorney General for Civil Rights, Kristen Clarke, added: “[R]edlining is not a problem from a bygone era but a practice that remains pervasive in the lending industry today.” The Office of the Comptroller of the Currency (OCC) and the Consumer Financial Protection Bureau (CFPB) joined the announcement, with CFPB Director Rohit Chopra emphasizing that the new initiative will broaden the scope of activities evaluated as part of a potential redlining claim beyond those traditionally considered by DOJ and that lenders should expect new challenges to the use of “discriminatory algorithms.”2

The Initiative follows through on policy directives announced in the first days of the Biden Administration that “the Federal Government has a critical role to play … by applying and enforcing federal civil rights and fair housing laws.”3 Earlier this year, DOJ took action against an Atlanta bank to resolve allegations of redlining  and, on the heels of announcing the new Initiative, the DOJ, CFPB and OCC announced an agreement to resolve another redlining4 action against Trustmark National Bank (Trustmark).5 These actions leave no room for doubt that the Department will continue to prioritize fair lending enforcement. Regulators are concerned that minority communities are harmed by a lack of access to credit, and all lenders should be on notice that redlining is a major focal point. Financial institutions responsible for compliance with the Fair Housing Act and Equal Credit Opportunity Act would be well-advised to adopt a proactive approach of conducting a thorough risk assessment to ensure that appropriate measures are in place to minimize exposure to legal claims.

“Redlining” is an illegal practice through which lenders avoid providing services to individuals living in certain communities because of the race, color, or national origin of the people who live in those communities. Historically, red lines would be drawn on maps to indicate neighborhoods in which credit services would not be provided. The Biden Administration communicated its concerns regarding possible modern-day redlining almost immediately following the transition, with the President releasing a memorandum in January 2021 stating that “[f]ederal policies contributed to mortgage redlining and lending discrimination against persons of color.”  The Department’s Initiative appears to provide a mechanism for the federal government to act on the President’s concerns.

While it is too early to know how the Initiative will be implemented in practice, the Department provided some details in its announcement. The Initiative “is informed by local expertise on housing markets and the credit needs of local communities of color,”6 suggesting a focus on neighborhood trends and perhaps partnerships with neighborhood organizations dedicated to fair and affordable housing initiatives.7 The Department will strengthen its partnership with financial regulatory agencies responsible for fair lending supervision, as well as with State Attorneys General responsible for enforcing state fair housing laws. But perhaps most noteworthy is the Department’s announcement that it will expand its “analyses of potential redlining to both depository and non-depository institutions.”8

The expansion of redlining investigations to encompass non-bank lenders represents a seismic shift in the Department’s historical approach to the investigation and enforcement of redlining. Depository institutions are subject to the requirements of the Community Reinvestment Act (CRA), which require banks to meet the needs of the communities they serve. Every bank subject to the CRA self-identifies the communities that it serves by defining the bank’s “assessment area,” and federal regulators analyze that self-designated area. However, because non-depository institutions are not governed by the CRA, they are not required to define “assessment areas.” The question then becomes: What geographic area will the Department and the federal regulators use to evaluate redlining risks of non-depository institutions?

The Interagency Fair Lending Examination Procedures may provide guidance on the issue. They suggest that, separate from the CRA assessment area, examiners conducting a “comparative analysis for redlining” might consider an institution’s “reasonably expected market area.”9 The concentration of a non-bank’s volume of applications and originations may also be important. More than a year before the Department announced its Initiative, non-depository institutions received a strong signal from the CFPB when the agency filed a redlining lawsuit in the Northern District of Illinois against Townstone Financial, Inc., a non-bank retail-mortgage creditor and broker, for alleged redlining in the Chicago Metropolitan Statistical Area.10 In the suit, the CFPB alleges that “Townstone drew over 90% of its mortgage-loan applications for properties within the Chicago MSA,” indicating the significance of the lender’s volume of applications in identifying the geography.11

After announcing the Initiative, the Department, CFPB, and OCC revealed an agreement to resolve allegations that Trustmark engaged in redlining majority-Black and Hispanic areas of Memphis, Tennessee. The matter reached the Department via a referral from the OCC and challenged practices in the 2014 to 2018 period, indicating that the historical nature of a violation is no fail-safe to prevent a public action. The complaint alleges that Trustmark located nearly all of its branches and mortgage loan officers in majority-white neighborhoods and maintained an inadequate fair lending compliance management system.

As part of the settlement, Trustmark agreed to invest US$3.85 million in a loan subsidy fund to increase credit to majority-Black and Hispanic areas; US$400,000 on partnerships with community organizations to increase credit access; and US$200,000 per year on advertising/outreach/counseling in the Memphis lending area. Significantly, Trustmark must pay civil money penalties to the OCC and CFPB totaling US$5 million.

The Trustmark action represents the second redlining action taken by the Department during the Biden Administration. In August 2021, the Department and the OCC took action against Cadence Bank to resolve allegations of redlining minority communities in Houston, Texas.

In line with policy directives from the Biden Administration, the Department and regulators have clearly communicated that redlining is an enforcement priority. It is likely that there will be more redlining enforcement on the horizon, and bank and non-bank lenders should expect that redlining may be a focal point for regularly scheduled examinations. Institutions must be intentional about ensuring that they are helping to meet the credit needs of all portions of the communities in which they operate. Particularly in light of the details provided to date regarding the Initiative, institutions should consider localized efforts to penetrate minority neighborhoods, including partnerships with community organizations to increase credit access as well as affirmative advertising and outreach. Institutions that maintain physical presences must be mindful of policies and practices related to opening locations, closing locations, changing available services at locations, and staffing of locations. Institutions that take a proactive approach to evaluating current (and historical) fair lending risks and ensuring adequate internal fair lending controls will be better positioned to implement corrective action and mitigate any risk of potential redlining claims.

3 Memorandum on Redressing our Nation’s and the Federal Government’s History of Discriminatory Housing Practices and Policies (Jan. 26, 2021).

6 Memorandum on Redressing our Nation’s and the Federal Government’s History of Discriminatory Housing Practices and Policies, supra note 3. 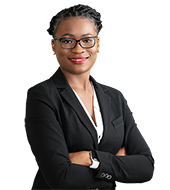 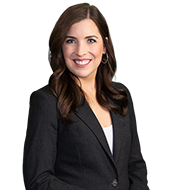