Better Late Than Never? The CFTC and the NFA Publish FAQs on CPO and CTA Reporting Forms

The following Alert highlights items where the responses in the CFTC FAQs deviate from the answers sought by industry associations when they jointly submitted frequently asked questions and proposed answers to the CFTC and NFA (“Industry FAQs”)[3] and/or our understanding of how firms in the industry have been responding to specific questions on the forms, largely with respect to CFTC Form CPO-PQR.

While the NFA FAQs gave little substantive guidance regarding how to determine and/or calculate responses to the questions in CFTC Forms CPO-PQR and CTA-PR and NFA Forms PQR and PR, they provide a wealth of information regarding how to solve operational and technical issues regarding the filings. The NFA FAQs respond to numerous “How do I?” questions -- on everything from error messages to XML uploads to why certain responses cannot be entered (e.g., all amounts and values should be entered in U.S. dollars!). They are a helpful tool to keep on hand when completing the forms online.

Finally, we have confirmed with the DSIO staff that the guidance provided by the CFTC FAQs and the NFA FAQs does not come into effect until the fourth quarter 2015 filing (for large CPOs) or annual 2015 filing (for small and mid-sized CPOs).

Most of the CFTC FAQs on Form CPO-PQR were not earth-shattering. A few items, however, took us by surprise, including the following:

Additionally, the CFTC confirmed that a CTA can exclude trading programs for which the CTA is not required to be registered. (Response to Question 5 in CFTC FAQs.)

Finally, the CFTC confirmed that a CTA must report on assets of pools it directs, even if such pools are offshore and operated by an offshore CPO that is not registered. Such pools should be treated as managed accounts when reporting on Form CTA-PR.

While the CFTC FAQs have clarified certain questions, they have raised a few others. We are continuing to work with industry organizations to try to resolve some of the outstanding questions and issues raised by the FAQs. If you have further questions regarding the CFTC FAQs, the NFA FAQs or any of the Forms PQR or PR, please feel free to call either of the authors at the numbers listed below or your K&L Gates lawyer.

The CFTC FAQs can be found here.

The NFA FAQs on NFA Form PQR can be found here.

And the NFA FAQs on NFA Form PR can be found here.

[2] In 2013, the NFA amended NFA Compliance Rule 2.46 to require CPOs and CTAs to file quarterly reports with the NFA.

[3] The Investment Adviser Association (the “IAA”) and the Investment Company Institute (the “ICI”) originally submitted proposed questions and answers in June 2013, “Questions for CFTC Staff regarding CFTC Form CPO-PQR and Form CTA-PR and for NFA Staff regarding NFA Form PQR and NFA Form PR.” In December 2014, the proposed questions and answers were jointly resubmitted by the IAA, the ICI and the Alternative Investment Management Association (“AIMA”). 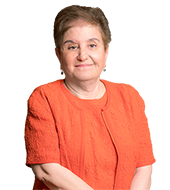