The House Republicans have proposed sweeping changes to the U.S. tax system, specifically that income from the export of goods, services and intangibles will not be subject to federal income tax, and that the cost of such imports into the U.S. will not be deductible. By incentivising exports and deterring imports, the proposed "Border Adjustment Tax" (BAT) is intended to increase domestic production, strengthen the U.S. economy and create new jobs, and deter corporate inversions and erosion of the U.S. tax base. It also is estimated to pay for approximately one-third of the cost of the Republicans’ comprehensive tax reform plan - known as the “Blueprint” – of which the BAT is a major component.

How does BAT operate?

The BAT works on a destination based cash flow policy that is predicated on the theory that business tax should be assessed where goods, services and intangibles are consumed.

Accordingly, where a U.S. business exports goods, services and intangibles, gross receipts from such sales will not be taxable in the U.S. Conversely, where a U.S. business sells imported goods or uses them as inputs in their business, a deduction will be denied for the cost of those inputs. Similarly, the cost of imported services or intangibles consumed by the business will not be deductible.

As a consequence, corporate tax will be assessed not on business profits (as they currently are) but on a cash flow basis – that is, revenue from domestic sales less "deductions" relating to domestic sales and inputs. Although the revenues would not be taxed, costs associated with exports also will be deductible, possibly putting a net exporter in a tax loss situation. The larger tax reform Blueprint proposes that domestic capital investments (other than land) will be fully deductible in the year of purchase, rather than being depreciated or amortised over time. In exchange for full expensing, no net interest expense deduction will be allowed.

Under the BAT, no tax is imposed on export flows and therefore gross income derived from exports is not subject to U.S. income tax. Although no legislative text has been released, it appears that taxpayers will be able to include in their tax base costs incurred in producing exported goods and services such as labour and components, potentially putting the business in a tax loss situation. The establishment of a cost base is however only valuable where such costs can be offset against income derived from import based activities. It is not clear whether this will be possible or whether taxpayers will be required to isolate different divisions of their operations and determine the tax position of these divisions separately i.e. whether taxable income derived from domestic, import based and export based operations will need to be separately accounted for and returned or whether a form of consolidation will be allowed.

To the extent that no credit or consolidation is available, the tax burden for taxpayers engaged in significant international commerce will be considerably high. It will also create an incentive for taxpayers to shift costs from the export division of their business to the import and domestic divisions where they will receive a deduction for expenses incurred. Whilst this may create planning opportunities for U.S. based businesses, it does little to simplify the operation of the tax.

Other questions raised by the proposed BAT include:

The other practical issue with respect to the BAT is how administratively it is going to be implemented. The basis of taxation that it promotes is inconsistent with the generally accepted concept of taxation at source. The current Double Taxation Agreements that the U.S. has with other countries will need to be renegotiated to amend articles concerning source and business profits among others. Re-negotiating such treaties may be difficult where the other party is a net exporter to the U.S. and is seeking compensation in the form of more generous concessions elsewhere. Countries may use the opportunity to impose a similar styled BAT on their own exports to the U.S. or other retaliatory measures.

Further, it is unclear whether the BAT will be WTO compliant; challenges are expected.

What does the BAT mean for Australian entities exporting goods and services to the U.S.?

For Australian entities that export to the U.S., the introduction of a BAT would put them at a significant disadvantage when compared to U.S. producers of the same products. This is on the basis that the BAT operates as a form of trade policy or tariff which is implemented through the tax system.

The impact will be most largely felt by Australian exporters who currently compete with American manufacturers/producers of like goods, services and intangibles, as there will be a significant and direct cost benefit of purchasing from domestic suppliers. For Australian exporters who operate in more niche markets (and markets with little elasticity), whilst the actual cost of their goods and services may increase for American purchasers (given the non-deductibility of the cost of their inputs), the quantity of goods and services supplied may not change substantively. 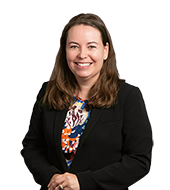