On 19 July 2021, the Centers for Medicare & Medicaid Services (CMS) released the 2022 Outpatient Prospective Payment System/Ambulatory Surgery Center Payment System proposed rule (OPPS Proposed Rule),1 which includes a proposal to significantly increase penalties on hospitals for noncompliance with CMS’s price transparency rules (collectively, the Hospital Price Transparency Rule or the Rule). Citing President Biden’s Executive Order on Promoting Competition in the American Economy,2 the agency explained that its price transparency proposal aims to promote competition and is in part a response to complaints from patients that hospitals have not made pricing information available online in accordance with the Hospital Price Transparency Rule, as well as its own findings supporting that conclusion.

Currently, the Hospital Price Transparency Rule allows CMS to impose on hospitals a Civil Monetary Penalty (CMP) of up to US$300 per day for noncompliance. If finalized as proposed, the OPPS Proposed Rule would increase the CMP for noncompliance as follows (all amounts are per hospital):

The Hospital Price Transparency Rule became effective on 1 January 2021. As we detailed in a prior alert, the Rule requires each hospital operating within the United States to establish, update, and make public a yearly list of the hospital’s standard charges for items and services provided by the hospital. Set forth in regulation at 45 C.F.R. Part 180, the Rule, among other provisions, (1) establishes definitions for “hospital,” “standard charges,” and “items and services”; (2) requires hospitals to make public a machine-readable file online that includes all standard charges (specifically, gross charges, payer-specific negotiated charges, discounted cash prices, and de-identified minimum and maximum negotiated charges) for all hospital items and services; and (3) requires hospitals to make public standard charges for a limited set of “shoppable” services that must be displayed and packaged in a consumer-friendly manner, such as an online price estimator tool.3 These requirements apply to hospitals regardless of Medicare enrollment status.

In the OPPS Proposed Rule, CMS noted that several early studies have indicated a high rate of hospital noncompliance with the Hospital Price Transparency Rule, which the agency said aligns with its sampling and reviews conducted to date as part of its enforcement efforts.4 One study examining compliance for the largest 100 hospitals in the United States (by certified bed count) alleged that 65 hospitals were “unambiguously noncompliant.”5 Of this cohort, the article alleged that 18 percent did not post any files or provided links to searchable databases that were not downloadable, and 82 percent either did not include the payer-specific negotiated rates with the name of payer and plan or were in some other way noncompliant.6 CMS used these findings to justify the proposed amendment to the current regulations, under the rationale that potentially higher CMPs for noncompliance with the Hospital Price Transparency Rule are a means of bringing greater relevance to the penalty amount based on the characteristics of the noncompliant hospital.7

Given that CMS proposes to use a hospital’s bed count to calculate the amount of the daily penalty, the OPPS Proposed Rule explains the methods that would be used to determine a hospital’s bed count. For Medicare-enrolled hospitals, a hospital’s bed count would be based on the “number of beds” available for use by patients at the end of the cost-reporting period listed in the hospital’s most recently available, finalized Medicare cost report data in the Healthcare Provider Cost Reporting Information System.8 For hospitals that are not Medicare-enrolled, or where the number of beds for a Medicare-enrolled hospital cannot be determined using cost report data, CMS proposes to use documentation provided by the hospital to determine the number of beds, in a form and manner prescribed by CMS.9 A hospital that fails to provide CMS with this documentation would be assessed a CMP at the highest, maximum daily dollar amount.10

In regard to the increases to the CMP amounts for noncompliance, the OPPS Proposed Rule would make the current maximum annual penalty (US$109,500.00) the new minimum annual penalty, and it would increase the maximum annual penalty by 1,700 percent. While the approach to scaling the CMP amount would retain the current penalty amount for small hospitals, the proposal would significantly increase the amount of potential financial penalties for hospitals with large bed counts, even for a hospital that fully complies with the requirements of the Rule for a portion of the calendar year.

Finally, CMS indicated that it is seeking comment on alternative or additional criteria that could be used to scale a CMP, such as hospital revenue; the nature, scope, severity, and duration of noncompliance; and the hospital’s reason for noncompliance. Additionally, CMS seeks public input on a variety of issues it may consider in future rulemaking, including: (1) developing best practices for online price estimator tools, (2) improving expectations related to “plain language” descriptions of shoppable services, (3) developing methods to identify and highlight exemplar hospitals, and (4) improving standardization of the machine-readable files.

If these proposals are finalized as proposed, the increased CMP amounts would take effect 1 January 2022. Therefore, hospitals seeking to avoid such penalties still have time to comply with the Hospital Price Transparency Rule requirements in advance of the proposed increase. Hospitals that are determined to be noncompliant with the Rule may face significant monetary penalties starting in 2022. In particular, health systems comprised of large hospitals should consider the financial risks associated with noncompliance, given that the penalties are assessed on a per-hospital basis.

K&L Gates’ health care practice routinely assists health systems, hospitals, and other providers and suppliers with legal advice and strategic considerations, including providing advice on reimbursement matters and preparing clients’ public comments on proposed and final rulemakings. Contact the authors of this article or another K&L Gates lawyer for assistance with the Hospital Price Transparency Rule or to receive updates on Medicare reimbursement.

8 For cost reporting purposes, a “bed” is defined as “an adult bed, pediatric bed, portion of inpatient labor/delivery/postpartum (LDP) room (also referred to as birthing room) bed when used for services other than labor and delivery, or newborn ICU bed (excluding newborn bassinets) maintained in a patient care area for lodging patients in acute, long term, or domiciliary areas of the hospital. Beds in post-anesthesia, post-operative recovery rooms, outpatient areas, emergency rooms, ancillary departments (however, see exception for labor and delivery department), nurses’ and other staff residences, and other such areas which are regularly maintained and utilized for only a portion of the stay of patients (primarily for special procedures or not for inpatient lodging) are not termed a ‘bed’ for these purposes.” Provider Reimbursement Manual, pt. 2, ch. 40. Refer to Worksheet S-3 – Hospital and Hospital Health Care Complex Statistical Data and Hospital Wage Index Information, sec. 4005.1, pt. 1 – Hospital and Hospital Health Care Complex Statistical Data, col. 2. 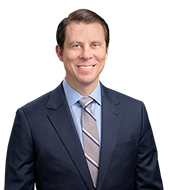