COVID-19: Get Ready — The Government May Invoke an Old but Powerful Tool, The Defense Production Act; Some Basics Regarding Government Contractor Rights and Obligations

In response to the rapid expansion of the coronavirus (“COVID-19”), the Government continues to consider all mechanisms available to cope with expected widespread supply chain and procurement disruptions. As market demand outpaces supply, the Government faces the major challenge of ensuring that sufficient goods and services are available throughout the country to combat COVID-19. One procurement tool available to the Government is the seldom-used Defense Production Act (“DPA”), which the Department of Commerce (“DOC”) administers.[1]

As of March 15, 2020, the Administration had not yet invoked the DPA. However, given the Administration’s accelerating response to the COVID-19 situation, use of the DPA tool could be just around the corner. At least one Administration official has stated that the President is considering options under the DPA.[6] Given the President’s March 13, 2020, declaration of a National State of Emergency pursuant to the Stafford Act[7] in connection with COVID-19, the possibility increases that the Administration may invoke the DPA.

In the meantime, contractors should become familiar with their rights and obligations under the DPA and consult counsel if they have concerns about government actions that could directly impact their business

Among other things, the DPA authorizes the President to “require preferential acceptance and performance of contracts and orders supporting certain approved national defense and energy programs and to allocate materials, services, and facilities in such a manner as to promote these approved programs.”[8] These contractual actions are known as “DPAS-rated orders.” Fundamentally, the DPA permits the Government to take first priority in a contractor’s production line for rated contracts. In other words, the Government may place priority ratings on prime contracts needed to support approved programs.[9] Once a prime contractor receives direction to prioritize a rated order, it must direct its subcontractors and suppliers to prioritize work in support of the prime’s work on the order.

The DOD, for example, uses two priority ratings: DX and DO. DX rated programs and orders hold higher national priority. DO rated programs and orders hold lower priority than DX rated orders but supersede any unrated orders or commercial orders. A specific “rating level” and “program ID symbol” accompany each DO or DX rated order. Contractors should consult their contracts to identify the ratings assigned to their contracts.

Furthermore, a company that receives a rated order must in turn place the same rated order with all of its subcontractors and suppliers, throughout the supply chain, for the necessary goods. Put simply, a contractor or subcontractor that receives specific direction to prioritize a rated order must use its resources to satisfy performance under its rated contract(s). Accordingly, suppliers that have not previously performed Government contracts may be compelled to accept rated orders. Willful failure to comply may result in civil and criminal penalties.[12]

Practically speaking, compliance with a rated order may not occur seamlessly. If for some reason circumstances make it impossible for a contractor to comply with the rated order schedule deadline, the contractor must provide immediate notice to the Government of its inability to comply.[16] Specifically, the notification requirements provide that the contractor “must give reasons in writing or electronically for the rejection” of the rated order.[17] Other provisions allow contractors to submit requests for clarification about rated order requirements,[18] to seek adjustments or exception through DOC’s Office of Strategic Industries and Economic Security, and to appeal any denials.[19] Such requests for adjustments or exceptions must meet certain requirements, as outlined in the applicable regulations.[20]

The latest update to the DPAS regulations occurred in August 2014 and became effective in September 2014. At that time, DOC made changes that were targeted at both clarifying the existing rules and expanding the reach of the rules. Relevant updates include the following:

Recovery of Direct Costs Due to Rated Order

Some good news for contractors and subcontractors is that the receipt of rated orders should not interfere with their right to recover for work that would qualify as “changed” work under the contract’s Changes Clause. If a rated order changes the contract’s requirements, the applicable Changes Clause should still apply. In other words, the fact that a contract is rated does not trump a contractor’s right to recover the costs of performing changed work.

On the other hand, absent change in current law or regulation, contractors will not be able to recover additional performance costs due solely to consequences of the COVID-19 situation. For example, if a considerable portion of a contractor’s work force were to become unavailable due to COVID-19 illness, the contractor would not be entitled to recover additional costs it incurs in performing due to the inefficiencies that result from a weakened work force. Under current laws and regulations, contractors do not have a right to recoup those increased costs. The President and Administration officials have hinted, however, that the Government may implement new laws, regulations, or programs in coming weeks that will be designed to provide financial help to contractors and businesses whose operations are adversely affected by COVID-19. The fluidness of the COVID-19 situation and likely worsening of conditions in the United States would seem to increase the likelihood that such laws, regulations and policies will become a reality.

In addition, contractors may be entitled to recover some additional costs that result from the effects of COVID-19, not as direct costs under the Changes Clause, but possibly as overhead or indirect costs if the costs otherwise meet FAR Part 31 criteria.

A contractor who performs a rated order may incur considerable unanticipated costs under other, unrelated contracts. To prioritize Government DPAS demands, a contractor may have no choice but to defer work and/or deliveries for other customers, commercial or Government. In so doing, a contractor may incur unanticipated costs, including breach damages associated with disruptions or delays, or breach in connection with performance of commercial or other Government contracts.

Fortunately, the DPAS protects contractors from claims arising under other non-rated Government or commercial contracts. One key provision of the DPAS provides that a contractor may not be subject to a breach claim for failure to perform obligations under other contracts.[21] DOC has provided guidance that a contractor “may not be held liable for damages or penalties for any act or failure to act resulting directly or indirectly from compliance with any provision of the statute, the DPAS, or Directive issued by DOC/BIS.”[22] Limited case law has affirmed that contractors responding to Government-mandated priority systems are immune from some liability associated with certain performance disruptions on other non-rated Government or commercial contracts.[23]

Fortunately, a contractor in this position may be able to consult with the contracting officer, Delegate Agency, and, potentially, the DOC to identify a workable solution, sometimes mediation between or among the agencies.[24]

The Administration may invoke the DPA in the near future in an effort to ensure availability of essential goods to combat the effects of COVID-19 during this challenging time. To effectively prepare for this increasing possibility, contractors should review their Government contracts to ascertain if the contracts have DPAS ratings. Even where contracts do not bear a DPAS rating, contractors who manufacture items critical to the COVID-19 fight should prepare to receive new direction under the DPAS system. Such preparation should include determining how you intend to react to a contracting officer invocation of a DPAS rating, and how this will be flowed down to subcontractors and suppliers.

K&L Gates continues to monitor the emerging impacts of COVID-19 on contractor and subcontractor performance rights and obligations, including impacts associated with action pursuant to the DPA. Our government contracts team stands by to help federal contractors and suppliers identify and evaluate their options. Contact any of the authors listed on this alert for more information.

[10] Block 1 of the SF-33 indicates whether the contract/purchase is a rated order.

[11] Contractors should be aware that rated orders must conform to certain statutory requirements. The contracting officer must indicate the appropriate priority rating and associated program identification symbol (e.g., DO-A1), indicate the required delivery date(s), include a signature of the individual authorized to place the order, and provide a certification statement. Contractors must ensure that they are familiar with these and other elements required for rated orders and take action if all requisite elements are not satisfied. Id. § 700.12(a)(1-4).

[21] Id. § 700.90 (“A person shall not be held liable for damages or penalties for any act or failure to act resulting directly or indirectly from compliance with any provision of this part, or an official action, notwithstanding that such provision or action shall subsequently be declared invalid by judicial or other competent authority.”).

[23] See, e.g., Eastern Airlines, Inc. v. McDonnell Douglas, 532 F.2d 957 (5th Cir. 1976) (holding that the governmental priorities policy in effect during the life of the contracts came within the terms of the exoneration provisions of the DPA, thereby excusing the manufacturer for delays proximately resulting from the government’s priorities policy); U.S. v. Tex. Constr. Co., 224 F.2d 289 (5th Cir. 1955) (holding that where the government, for which work was to be done, prevented timely performance by its priority laws and regulations and absolved the prime contractor from responsibility for such delays, the prime contractor would not be permitted to charge the subcontractor with damages or delays which were also caused by the government). 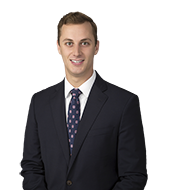