In an effort to limit the spread of the novel coronavirus (COVID-19), restrictions on public gatherings have recently been enacted at both state and municipal levels in Germany. Those restrictions also affect shareholder meetings of public and private companies.

Shortly after a national ban of public gatherings of more than 1,000 participants was imposed, that threshold has been drastically lowered in the past days and currently stands at 100 for the state of Hesse (where Frankfurt is located), 50 for the city of Berlin and 0 for the City of Hamburg. It appears likely that other German states and municipalities will follow suit and that thresholds will converge on the lower end.

The current restrictions are due to expire mid to end of April, but extensions do not seem unlikely.

German companies are required by law to hold their shareholder meetings in person. This statutory requirement may be waived by unanimous shareholder approval, which is an option only for closely held companies. The availability of proxy voting and — subject to special rules in the articles — online attendance and online voting does not relieve public companies from holding physical shareholder meetings. This will not be possible as long as severe restrictions on public gatherings are in place. Public companies are therefore currently cancelling their convened or announced annual meetings and are hoping to be able to reschedule them in the summer.

The postponement of annual shareholder meetings will not only delay shareholder resolutions, which can have a significant impact, e.g., if those resolutions are required to effect capital or structural measures or change the composition of the supervisory board. Since German companies pay annual dividends to shareholders only after the annual general meeting has taken place, dividend payment dates will be postponed as well, potentially by several months.

To avoid this impact, comprehensive amendments to company law would be necessary to enable companies to hold online-only shareholder meetings. However, in light of the current challenges posed by COVID-19 in a multitude of areas, it seems unlikely that the German federal legislature would prioritize any such amendments to take effect during this year's annual general meeting season. 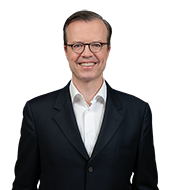