Both the German federal government and various German federal states are pushing ahead with packages of measures to mitigate the as-yet-unforeseeable economic consequences of the COVID-19 pandemic.

This client information is intended to provide you with an overview of the measures currently planned and already in force, as well as a list of issues that should be considered when taking out any new financing.

KfW (Kreditanstalt für Wiederaufbau) [1] grants loans to companies that have got into finan-cial difficulties as a result of the coronavirus (COVID-19) crisis to improve liquidity and cover running costs. These loans are not applied for directly from KfW, but from the company’s bank. KfW assumes part of the risk of the financing bank, thus increasing the chances of a loan commitment. Companies that were already in difficulties as of 31 De-cember 2019 are not eligible for support.

The maximum loan amount is limited to EUR 1 billion per group of companies but may not be more than:

The term may be up to five years, with a grace period of up to one year. The interest rate is between 1.00 and 2.12% p.a. and is determined by the borrower’s bank depending on creditworthiness and collateralization. Further information can be found on the KfW website here.

The same conditions also apply to younger companies that have been active in the mar-ket for less than five years, but at least three years. Further information can be found on the KfW website here.

As a rule, it will not be possible to take out new, KfW-supported loans without a detailed assessment of the effects on the existing financing structure. Numerous loan agree-ments contain provisions restricting the taking out of new loans. These restrictions take various forms and often contain a certain basket for additional financial indebtedness. Even if new borrowings are permitted, the effects on financial covenants in the existing loan agreements should be examined. New loans can affect financial covenants such as leverage or equity ratio and may require the approval of existing lenders, who may only be willing to grant them under certain conditions, such as additional collateral or higher interest rates.

KfW also participates directly as a member of a consortium in syndicated financings with a term of up to six years for investments and working capital of medium- and large-sized companies. KfW assumes up to 80% of the risk but no more than 50% of the risks of the total debt. Participation is on the same terms and conditions as for the other members of the consortium.

This programme is not eligible for refinancings of debt or financing of projects which are already completed, companies that were in difficulties as of 31 December 2019, or pro-jects outside Germany of German companies or their subsidiaries based abroad. In addi-tion, KfW generally excludes certain projects from financing or requires compliance with further conditions.

The KfW risk share amounts to at least EUR 25 million and is limited to:

Alternatively, all banks participating in the consortium can be refinanced by KfW.

Further information on KfW’s direct participation in syndicated financing can be found here.

On the basis of the adjusted Temporary Framework published by the EU Commission on 3 April 2020, the German government introduced a further comprehensive protective shield for small- and medium-sized enterprises (SMEs) on 6 April 2020.

So-called KfW Schnellkredite are to be granted to medium-sized enterprises, provided that they:

The KfW Schnellkredite can be granted as “immediate loans” without further credit risk assessment by the bank or the KfW in accordance with the following key points:

The KfW Schnellkredite can start after approval by the EU Commission. Further infor-mation on KfW’s direct participation in syndicated financing can be found here.

The federal states have also set up special programmes to deal with the “Corona crisis”. A large number of overviews with links to the websites of the Federal States can be found on the Internet, see here. 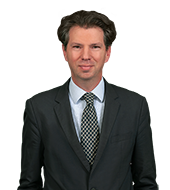