The economic shutdown triggered by the COVID-19 pandemic has resulted in an astonishing $14 billion budget deficit in New York, with projections of up to $30 billion by 2022, according to New York Governor Andrew Cuomo. In efforts to minimize the cash flow crunch and increase capital funding of the state’s economy, state legislators have turned to the New York City real estate market for relief. Most relevant is the revival of the “pied-à-terre” property tax surcharge on qualifying non-primary residences within the state.

“Pied-à-terre,” (French for “foot on the ground”) typically describes a secondary residence, often an apartment or condominium, in a city different from an individual’s primary residence. For example, a suburban homeowner may own a pied-à-terre apartment in a neighboring city to facilitate commuting for work or the occasional weekend visit. According to the New York City Housing and Vacancy Survey conducted in 2017, the city had as many as 75,000 pied-à-terre. A large segment of the pied-à-terre market in New York City consists of luxury, high-end real estate located in some of the city’s most sought-after neighborhoods.

The pied-à-terre tax has been a controversial issue since 2014, when New York State Senator Brad Holyman originally sponsored the bill. In January 2019, partly in response to Ken Griffin’s purchase of a $238 million apartment near Central Park, Senate Bill S44A was introduced to the New York Assembly. This bill proposed an annual property tax surcharge on pied-à-terre, including one-to three-family second home residences worth $5 million or more and condos and cooperative units with assessed values over $300,000. The projected annual revenue from the tax (estimated at $650 million, which could translate into $9 billion in bond revenue) was intended to subsidize citywide services. The proposed bill did not pass, in part due to the cumbersome fashion in which the tax was to be imposed on cooperative apartment buildings and perceived difficulties in determining whether a unit was a “primary” or “secondary” residence. Not surprisingly, the New York real estate industry also lobbied hard against the bill. In its place, modifications to the “mansion tax” and transfer taxes were instituted, including graduated increases within certain tax brackets as an alternative method of gaining tax revenue on high value residential real estate transactions within the state.

In August 2020, Senator Holyman introduced an amendment to Senate Bill S44A in an effort to resolve the co-op taxation issue and revive the pied-à-terre property tax. In addition to requirements for owners of certain family residences, apartments and condominiums (as described below), the new bill also requires co-op buildings to collect the annual pied-a-terre surcharge from qualifying unit owners, and then provide those sums to the state. Supporters of the bill argue that the pied-à-terre tax targets ultra-rich non-residents who are not otherwise subject to city income tax and thus not paying their “fair” share of citywide expenses. The pied-à-terre tax seeks to capitalize on taxpayers who own residential property in New York City but do not otherwise satisfy the time component of the residency requirement for purposes of the application of City income tax. Those in opposition to the bill emphasize that the City’s population is already feeling the impact of the pandemic, with increased apartment vacancies and falling job numbers, and that imposing an additional tax within this bracket may inhibit investment in the City’s real estate sector (both from a purchaser and developer perspective). The proposed legislation is currently under deliberation by the state legislature. If the bill passes, Governor Cuomo will be required to cast the final decision to ratify or veto the legislation.

Senate Bill S44A proposes to impose a tax surcharge beginning on July 1, 2021 on the following non-primary residences in cities with populations greater than one million residents (i.e. New York City):

The new legislation refers to $300,000 in assessed value with respect to residential properties and dwelling units. It is important to note, however, that a condo or co-op unit in New York City with an assessed value of $300,000 will equate to a property with a market valuation greater than $300,000. Potential purchasers and existing owners will need to confirm their unit’s assessed value to determine whether the tax will be applicable if the unit is a second residence. The proposed legislation does provide for certain exemptions, including for dwelling units that are (i) the primary residence of at least one owner of the property or dwelling unit, (ii) the primary residence of a parent or child of at least one owner of the property or dwelling unit, or (iii) rented on a full-time basis to a tenant or tenants for whom the property or dwelling unit is their primary residence. If an owner believes one of the aforementioned qualifications for the tax exemption applies, the owner must provide proof of eligibility as required by applicable state or local law.

If Senate Bill S44A is approved, maintaining a pied-à-terre in New York City may become a less desirable and more costly option for prospective purchasers and current owners. Further, the pied-à-terre tax may result in price reductions on luxury units in the condominium and co-op market and offloading of properties from developers and investors. From a lending perspective, the tax may have a ripple effect, potentially impacting collateral valuations with respect to for-sale residential projects. To the extent the secondary home market in New York City declines in response to the tax, the New York economy may face greater instability during this already volatile period. Prospective buyers, owners, real estate developers, and lenders alike should be watching Albany with a close eye. 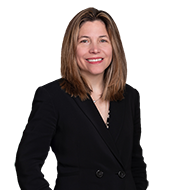 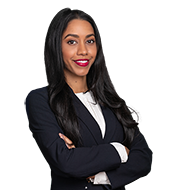