On 8 October 2020, the UK Government's Insolvency Service issued a report on the state of pre-pack sales following the administration of insolvent UK companies (Pre-Pack Sales) and published draft regulations to require enhanced scrutiny of Pre-Pack Sales to connected parties during the administration process (the Draft Regulations). If the Draft Regulations are adopted, a Pre-Pack Sale will require consent of the company’s creditors or the submission of an independent evaluator’s report.

Pre-Pack Sale is a term used to describe the sale of all or substantially all of a company's assets to a third-party purchaser immediately or shortly after the company goes into the UK rescue procedure called administration. The attraction of a Pre-Pack Sale is the speed of the transaction, which helps preserve the value of the business and save jobs, as the company is able to carry on trading through the process.

The assets are sometimes sold to the management of the insolvent company or other persons connected to the insolvent company, such as family members, who will establish a new company to acquire such assets. This practice is controversial and has raised concerns amongst stakeholders, including unsecured creditors, that the assets are being sold at less than market value and that unsecured creditors are not notified of the sale until after the event.

Launch of the Pre-Pack Pool

In its report, the Insolvency Service noted earlier reforms in respect of Pre-Pack Sales introduced in November 2015. The reforms were based on a report led by Teresa Graham, commissioned by the Secretary of State for Business Innovation and Skills in 2014 (the Graham Review).

The Graham Review reforms included, amongst others, the establishment of a group of experienced business people who would give an independent review of the company's assets during a Pre-Pack Sale (the Pool) and improvements to marketing and valuation requirements and to the information provided to creditors. We note that the reforms were voluntary measures and that administrators were not legally obliged to follow them.

Effectiveness of the Pre-Pack Pool

A UK Government review of these measures in 2017 pointed to some evidence of positive change. The review noted an increase in the number of businesses being externally marketed, from 49 percent of sales prior to the introduction of the measures to 77 percent of sales in 2016.

The area where stakeholders still expressed disappointment was the number of referrals to the Pool. Only 36 referrals were made in 2016 out of 163 eligible transactions, while the number of referrals in 2018 was only 18. It is important to note that when the Pool was used, it was reported that it functioned well; the low uptake did not reflect in the functioning of the Pool itself. Stakeholders were also disappointed that in over a third of cases reviewed, the company's assets were sold for less than market value, two-thirds of which were sold for at least 25 percent less than market value.

Various market participants have called for mandatory referrals to the Pool in order to provide greater transparency and clarity for creditors. However, especially in light of the negative economic ramifications and increased number of insolvent companies due to the COVID-19 pandemic, the need to promote business rescue must be balanced with the need to protect the interests of creditors. Therefore, the Draft Regulations proposed by the Insolvency Service aim to provide creditors with reassurance that a Pre-Pack Sale is both appropriate and fair in the circumstances while also balancing business needs.

In summary, the Draft Regulations proposed to be made under paragraph 60A of Schedule B1 to the Insolvency Act 1986 provide that a "substantial disposal" within the first eight weeks of the onset of an administration process should not proceed without one of the following:

The Draft Regulations are to be considered by Parliament before June 2021.

We also note the that the UK Government has proposed additional non-legislative measures to improve the position of creditors, such as working with regulators to ensure there is a greater adherence to the principles of marketing of the insolvent company and its assets.

The Draft Regulations are designed to help change the perception that Pre-Pack Sales only serve to benefit the connected persons purchasing the company's assets. They will make creditors feel more engaged with the process, which in turn may increase the use of Pre-Pack Sales. The opinion of an independent evaluator will increase the transparency in the process by demonstrating that the sale is happening at "arm's length", thereby minimising the possibility of conflict between the creditors and the administrator of a company.

In summary, the Draft Regulations are welcomed by creditors and the insolvency profession alike; creditors are pleased that Pre-Pack Sales will be more transparent and fair and insolvency practitioners are pleased that the Government did not go so far as outright banning Pre-Pack Sales to connected persons. Only time will tell if the Draft Regulations will work to benefit both parties in practice, if and when they become law. 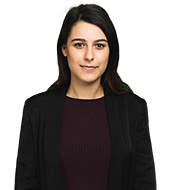