On 25 February 2021, the California Supreme Court provided a long-awaited answer to the questions of whether California employers can legally round meal breaks and whether records showing potential noncompliance with meal period requirements create a presumption of noncompliance. Now, more so than ever, California employers should ensure that their timekeeping and meal break policies, practices, and—increasingly important—technology are up to date and compliant with the current demands of the law.

In Donohue v. AMN Services, LLC, Plaintiff Kennedy Donohue was a nurse recruiter for AMN Services, LLC (AMN), a health care company that recruits nurses for temporary contract assignments. Under AMN’s policy, nurse recruiters were provided with 30-minute meal periods beginning no later than the end of their fifth hour of work. For purposes of calculating work time and compensation, AMN used a timekeeping system that rounded meal period punches to the nearest 10-minute increment, meaning that a punch in or punch out at 11:58 a.m. and 12:04 p.m. would both be recorded as a 12:00 p.m. punch. As a result, meal periods that were as short as 21 minutes (e.g., 12:04 p.m.–12:25 p.m.) and as long as 39 minutes (e.g., 11:55 a.m.–12:34 p.m.) would all be rounded to 30 minutes.

While the plaintiff acknowledged that the facially neutral rounding practice may have resulted in overcompensation of employees in terms of wages for time worked, the court nevertheless concluded that such a rounding policy failed to capture all instances where meal period premiums were due. For example, the timekeeping system failed to capture instances where meal periods were between 21 and 29 minutes long or started a few minutes after the end of the fifth hour of work.

Donohue also issued a second key ruling, arising from the obligation of California employers to accurately record time worked and meal periods. Simply stated, where an employer’s time records show noncompliant meal periods, there is now a confirmed rebuttable presumption of noncompliance, and employers have an extra hurdle to overcome to prove compliance.

Donohue puts to rest the dispute on whether neutral rounding on meal periods can be legally compliant. Even where a rounding policy benefits employees overall, such that employees are overall properly compensated or overcompensated, meal period premiums must still be paid for those workdays when an employee is not provided a 30-minute off-duty meal period before the end of the fifth hour of work and there is no valid mutual waiver.

Emphasizing the health, safety, and prophylactic interests underlying California’s meal and rest break laws, the court summarized that the regulatory scheme encompassing meal period rules is concerned with “small amounts of time.” As such, even a small encroachment on a 30-minute meal period could mean a “significant difference.”

When presented with arguments arising from See’s Candy Shops, Inc. v. Superior Court of San Diego Cnty.,1 which endorsed rounding policies that were neutral on their face and in practice with respect to beginning and ending of work periods, the court declined to comment on the validity of See’s and instead differentiated rounding of meal periods. Specifically, the court concluded that because premium pay was never triggered for compliant meal periods and sometimes missed noncompliant meal periods, the neutral rounding scenario addressed in See’s results in asymmetry when applied to meal periods.

Under most circumstances, plaintiffs have the burden to prove that a violation of law occurred and defendants have the burden of proof on affirmative defenses. Where time records do not show compliant meal periods, however, rather than placing the onus on employees to prove that meal periods were not provided and not waived, Donohue holds that employers are faced with a “rebuttable presumption” that compliant meal periods were not provided.

In other words, employers whose time records do not show compliant meal periods are presumed to be in violation of their meal period obligations at the summary judgment stage. The court places the onus on the employer to shift the burden back to the employee by showing that discrepancies in recorded meal period times are the result of employee choice rather than the employer’s failure to provide meal periods.

The court emphasized that a rebuttable presumption of liability does not equate to liability, and the employer has the opportunity to overcome the presumption with evidence of bona fide relief from duty or payment of meal period premiums. To that end, the court implicitly endorsed AMN’s use of a drop-down menu to document the reason why employees were recording facially noncompliant rounded meal periods, including that they were voluntarily choosing to forego meal periods or take short or late meal periods.

Finally, the court also emphasized its prior ruling in Brinker Restaurant Corp. v. Superior Court2 that employers are not required to “police” employees into taking their meal periods, though the Donohue decision would, in practice, appear to shrink the delta between “providing” meal periods and “policing.”

For employers, Donohue substantially raises the stakes at the summary judgment stage, especially in class actions and Private Attorneys General Act (PAGA) actions brought on behalf of groups of employees rather than individual employees. PAGA actions, in particular, carry the risk that an employer’s failure to rebut the presumption of noncompliance as to one individual may open the door to other Labor Code violations on behalf of other “aggrieved employees.”

Looking beyond the issue of meal break compliance, Donohue could also raise questions surrounding rounding of employee time punches in general, such as rounding of time at the beginning and end of a shift. In declining to validate See’s and downplaying the practical advantages of rounding policies with the evolution of technology, the California Supreme Court may be giving the state a glimpse into its philosophy in future rounding cases.

Finally, Donohue presents what is potentially a tectonic shift in the role of time records for California employers. Now, more than ever, employers should carefully review their meal period, timekeeping, and record retention policies and practices to ensure they have the tools necessary to defend against the likely increase in document retention and meal period challenges on the horizon. 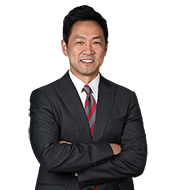 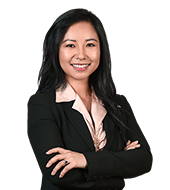