On April 30, 2018, the California Supreme Court issued a major decision that is of importance to employers on the issue of proper classification of independent contractors. In Dynamex Operations West, Inc. v. Superior Court, the Court analyzed the standard for determining whether a worker is an employee (and not an independent contractor) under an Industrial Welfare Commission (“IWC”) Wage Order. It rejected the long-standing test from S.G. Borello & Sons, Inc. v. Department of Industrial Relations, 48 Cal.3d 341 (1989), and instead adopted a standard presuming that workers are employees and placed the burden on the hiring entity to show otherwise pursuant to the three-factor “ABC” test used in some other jurisdictions. The ABC test essentially limits, for purposes of wage orders, the classification of independent contractor to those who are true vendors providing a service that is outside the scope of the hiring entity’s business.

Dynamex is a nationwide delivery and courier service that provides pickup and delivery services to the general public and corporate customers. The company had historically classified all of its drivers as employees but reclassified the drivers as independent contractors in 2004. Dynamex drivers are required to provide their own vehicles and cover all transportation expenses, including liability insurance, maintenance, fuel, and tolls.

Plaintiff Charles Lee worked for Dynamex pursuant to an independent contractor agreement in 2005 for a period of fifteen days. Three months after leaving Dynamex, he filed an action on behalf of himself and all other similarly situated drivers. He alleged that by misclassifying its drivers, Dynamex had violated IWC Wage Order No. 9, the wage order that governs the transportation industry, as well as several sections of the Labor Code. As a result, he argued, the company had engaged in unfair and unlawful business practices under Business and Professions Code section 17200.

The trial court certified the class of drivers, and in deciding that common legal and factual issues predominated, relied on the three alternative definitions of “employ” in IWC Wage Order No. 9, applying the Court’s analysis from Martinez v. Combs, 49 Cal. 4th 35, 64 (2010): “[t]o employ . . . means: (a) to exercise control over the wages, hours or working conditions, or (b) to suffer or permit to work, or (c) to engage, thereby creating a common law employment relationship.” Dynamex’s motion to decertify was denied, after which it filed a writ petition in the Court of Appeal. The petition argued that the first and second definitions of “employ” apply only to an analysis of joint employment, the question that had been presented in Martinez, and that the Borello test is the appropriate test for determining the existence of an employment relationship in all other circumstances. The Court of Appeal rejected Dynamex’s argument, affirming the trial court’s use of the Martinez definitions in certifying the class and concluding the definitions could be properly used in a classification analysis. Dynamex sought and was granted review of the issue by the California Supreme Court.

The Supreme Court engaged in a historical survey of independent contractor analysis over time, including the decisions in Borello, Martinez, and the more recent Ayala v. Antelope Valley Newspapers, Inc., 59 Cal. 4th 522 (2014), highlighting the harm caused by misclassification, not just to the workers themselves, but also to competitors who properly classify their employees and bear the expense of doing so, and to society at large, who must bear the costs evaded by employers who misclassify their employees.

The Court rejected Dynamex’s argument that the definition of “employer” contained in the IWC wage orders applied only to an analysis of joint employment, holding that where the offense at issue was one that was regulated by a wage order, the IWC’s definition of the word “employ” would be used. The Court found that the second definition highlighted in Martinez, to “suffer or permit to work,” was properly applicable to the analysis of whether a worker is an independent contractor or employee, and on that basis affirmed the lower court’s ruling.

The Court noted that the “suffer or permit to work” definition could not be applied literally, because it would not distinguish between employees and traditional independent contractors, such as plumbers or electricians. Accordingly, the Court adopted a version of the “ABC” test that has been used in several other jurisdictions, holding that the burden is on the hiring entity to establish that the worker is an independent contractor not intended to be covered by the wage order’s protections, and that in order to meet this burden, the hiring entity must satisfy all three elements of the “ABC” test:

The adoption of the ABC test will require most employers to reevaluate the classification of independent contractors. Collectively, this may involve millions of workers. At particular risk are companies who are hiring independent contractors to do work that is central to the business of the company, for example, ride-sharing or delivery companies, and those companies that operate in the “gig” economy. Failure to properly classify workers can result in, among other things, claims for unpaid wages and civil penalties that are filed as individual or class actions. While the ABC test limits the classification of independent contractor to vendors providing a service that is outside the scope of the hiring entity’s business, the factors set forth in the test are not entirely new. The test highlights certain considerations that were always at issue, even under Borello, which counted the following among its 11 factors: whether the person performing the work is engaged in an occupation or business that is distinct from that of the company, and whether the work is part of the company’s regular business. These factors, often overlooked because of the buffering effect of the many other factors in the Borello test that were more easily satisfied, can no longer be ignored. They will henceforth need to be the primary consideration in making any independent contractor classification decisions. It is not clear whether this test will be adopted outside the context of IWC wage orders, but given the scope of the orders and the types of violations they cover, the impact of the decision on employers will be significant. 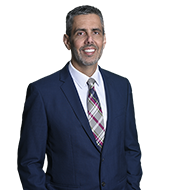