In September 2019, the U.S. House of Representatives passed the “Secure and Fair Enforcement (SAFE) Banking Act of 2019”,1 the first stand-alone cannabis legislation to be approved by the House of Representatives. Earlier this month, revised versions of the bill were introduced in the House and Senate “to reform federal cannabis laws and reduce the public safety risk in communities across the country.”2

A nearly identical bill4 was introduced in the Senate on 23 March by Senators Jeff Merkley (D-OR) and Steve Daines (R-MT). Senator Daines has replaced former Senator Gardner as the lead Republican co-sponsor. The current Senate bill has 29 additional co-sponsors, including six Republicans in addition to Daines, three of which are first-time co-sponsors: Senators Cynthia Lummis (R-WY), Bill Cassidy (R-LA), and Senator Daines himself. In the last Congress, the Senate version of the bill6 had only five Republican co-sponsors.

The core of the legislation is the same as the prior bill passed by the House. For instance, the proceeds of transactions with cannabis-related legitimate businesses (CLBs) and their service providers would no longer be considered proceeds from an unlawful transaction and thus, not money laundering, and would not be subject to forfeiture. Moreover, the bill would prohibit “federal banking regulators” from, among other things:

Additionally, the bill would protect businesses that perform a financial service for or in association with a depository institution. Such institutions could facilitate payments and act as a money transmitter that uses a depository institution to facilitate a payment for a CLB or service provider. Insurance companies also would be authorized to write insurance for CLBs and their service providers.

Among other things, the Financial Crimes Enforcement Network would be obligated to update its guidance regarding mandatory suspicious activity reports and the Federal Financial Institutions Examination Council  would be required to issue guidance and examination procedures for such depository institutions.

Both the House and Senate bills contain important modifications from the original legislation in the prior Congress, including changes to the protections related to hemp businesses and the definition of “financial services”:

The “SAFE Banking Act” has yet to be considered during a hearing by the House Financial Services Committee. However, Congressman Perlmutter is the Chair of the Consumer Protection and Financial Institutions Subcommittee of the Financial Services Committee, so a hearing in the House could occur soon. Despite the tight margin of control, the bipartisan support for this legislation indicates there could be sufficient votes in the House to approve this bill, either on a stand-alone or package-basis.

The dynamics in the Senate are more difficult given the 50-50 split between Democrats and Republicans, and a potential divergence in approach to cannabis reform within the Democratic Party. However, the significant increase in Republican support and various comments from Senator Pat Toomey (R-PA), the Ranking Member of the Senate Banking Committee, evincing his willingness to work on this legislation, indicate an opportunity to find 60 votes in favor. The continued inclusion of protections related to the hemp industry and language from the “Financial Institution Customer Protection Act” provides additional incentives for bipartisan support. 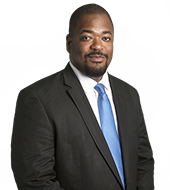 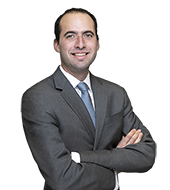