Capital Markets Union: a Marathon not a Sprint

Since the Action Plan for a Capital Markets Union[1] (“CMU”) was launched on 30 September 2015, the European Commission (“the Commission”) has initiated a number of CMU initiatives. Notably, building on the CMU’s initial announcements and plans (see the K&L Gates Policy Alert from October 2015 here), the CMU includes a large number of medium-to-long term initiatives and reforms that will be developed and implemented over the coming years. Thus, it is critical for potentially impacted stakeholders to actively monitor developments and systematically engage going forward.  This alert takes stock of progress made and looks at the steps ahead.

Progress on the first measures
Over the past months the Commission published various initiatives in the framework of the CMU Action Plan.

Securitization. The Commission began by publishing a regulatory proposal [2] to develop simple, transparent and standardised (“STS”) securitisation for the European Union (“EU”). The proposed regulation sets common rules and criteria for the new STS securitisation label. While the Council of the EU has already adopted its general approach, the European Parliament (“the Parliament”) has just started working on the proposal under the leadership of Rapporteur Paul Tang (S&D, NL).

The STS securitisation text is accompanied by another proposal [3] to amend the Capital Requirements Regulation (“CRR”) in order to make the capital treatment of securitisations more risk-sensitive and able to reflect STS securitisation features. While the Council already agreed on a common approach on this proposal as well, Pablo Zalba (EPP, ES) has been named Rapporteur and will lead the Parliament’s work over the coming period.

The Dutch Presidency of the Council said that it might be able to complete work on the securitisation files during its term,[4] which ends on 30 June 2016. However given the political sensitivity around securitisation and the stigma attached to these transactions following the financial crisis, it remains unclear whether this is achievable.

Prospectus Regulation. In late November, the Commission put forward a proposal [5] to replace the existing Prospectus directive. The initiative broadly aims at reducing the costs and burdens associated with issuing prospectuses, in particular for small and medium companies.

The co-legislators have started working on the file and Rapporteur Philippe De Backer (ALDE, BE) is leading the European Parliament work on the file.  While some contentious issues are likely to emerge during the discussions, such as the amount of Level 2 provisions foreseen in the Level 1 text, details around the prospectus’ summary, and the retail/wholesale disclosure regimes, both the Member States and the Parliament seem broadly favourable to the key objectives of the proposal. Negotiations on this file will continue under the Dutch Presidency of the Council and, starting in July 2016, the Slovak Presidency of the Council is likely to take over the work on this file.

Solvency II. The Commission also made a number of amendments [6] to the Solvency II Delegated Regulation providing lower risk calibration to be applied to qualifying infrastructure investments, as well as preferential capital charges for investments in European Long-Term Investment Funds (ELTIFs). While the Council has announced that it will not object to the Amending Regulation, the European Parliament has extended until 30 March the deadline to raise its potential objections.

In addition, the Commission launched a broad call for evidence on the EU regulatory framework for financial services. The consultation, closed on 31 January 2016, sought to gather views and feedback on potential overlaps, loopholes and inconsistencies of the post-crisis regulatory framework and to identify rules that affect the ability of the economy to finance itself and growth. The Commission received hundreds of responses to its call for evidence, which are available online. The Commission is now analysing the input received in the framework of these consultations and is expected to produce reports setting the ground for future actions.

The Commission also reached out to stakeholders with a Green Paper [7] on retail financial services published on 10 December 2015. Comments on the Green Paper can be provided by 18 March 2016 [8]. It includes questions on how to address challenges brought by the digitalisation of retail financial services and how to increase the cross-border dimension of the single market. Following the end of the consultation period, the Commission is expected to publish an Action Plan outlining the next steps.

Key steps ahead
The Commission is expected to put forward various initiatives on other aspects of CMU in the course of 2016.[9] Over the coming months, these are expected to include initiatives related to facilitating cross-border investment, including a consultation on barriers to the cross-border distribution of investment funds, and a package of measures to stimulate venture capital in the EU.

Furthermore, the Commission will look at the feasibility of a policy framework for the creation of a market for European personal pensions, as well as at a legislative initiative on insolvency.

Looking further ahead, the Commission intends to address key issues like the debt-equity tax bias and to foster support for equity financing. Elements in this direction should be included in the legislative proposal on a Common Consolidated Corporate Tax Base (CCCTB), which is expected to comprise various measures to bring harmonisation in EU corporate tax regimes.

Conclusion
There has been momentum building around the CMU project over the past months and this can continue despite the occasional difficulties to be expected along the way.

Strong political will by all co-legislators will be needed to finalise negotiations quickly on specific files, and all parties involved must remain fully committed to the project. Importantly, the Commission is expected to prepare regular progress reports on the actions included in the CMU Action Plan.

Given the long-term, iterative nature of the CMU process, it is paramount that stakeholders continue playing an active role to ensure that policy-makers remain strongly focused and deliver on the CMU priorities.

[4] Programme of the Netherlands Presidency of the Council of the European Union, p. 15.

[8] Comments can be submitted via an online form. 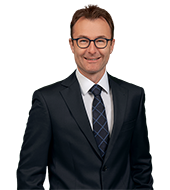