Capturing It if You Can: Pennsylvania Supreme Court Addresses the Interplay Between Hydraulic Fracturing and the Rule of Capture

The Pennsylvania Supreme Court has issued its long-awaited decision in a case testing whether the “rule of capture” applies in the age of hydraulic fracturing. The rule of capture is a long-standing component of Pennsylvania property law. In 1889, the Pennsylvania Supreme Court explained that, under the rule, “[p]ossession of the land…is not necessarily possession of the gas. If an adjoining…[land]owner, drills his own land, and taps your gas, so that it comes into his well and under his control, it is no longer yours, but his.”[1] Over 130 years later, on January 22, 2020, the same court concluded in Briggs v. Southwestern Energy Production Company that this rule controls even if, in “drilling his own land” and “tapping your gas,” a gas production company uses modern-day hydraulic fracturing techniques — as long as the company does not commit a trespass. In reaching this conclusion, the court turned aside the Pennsylvania Superior Court’s determination that, when hydraulic fracturing is used, the rule of capture does not apply. The Supreme Court’s decision establishes that, under Pennsylvania law, gas producers are not liable if they use hydraulic fracturing techniques in a way that “drains” gas from properties that they do not lease, as long as they do not physically invade those properties with underground fractures, fluids, or proppants. The court made it clear that the rule of capture applies in connection with artificial extraction techniques — including hydraulic fracturing — if there is no physical invasion of the unleased properties.

A.  Background and the Supreme Court’s Decision

In Briggs, an oil and gas lease provided a gas producer with the oil and gas interests in a tract of land. In developing those interests, the producer conducted hydraulic fracturing operations within the shale formation in the tract. The producer did not hold an oil and gas lease on an adjacent tract of land. The owners of the adjacent tract sued the producer, alleging in their complaint that, in conducting the hydraulic fracturing operations, it had drained some of the gas from the shale formation in their tract and committed a trespass. They did not allege that the producer had physically invaded their land.

Relying on the rule of capture, a common pleas court issued a summary judgment in the gas producer’s favor. However, the Superior Court reversed that decision. In doing so, it rejected the rule of capture argument and suggested that, in hydraulic fracturing scenarios, the rule does not apply. The court posited, in this regard, that the rule is based on an assumption that “oil and gas originate in subsurface reservoirs or pools, and can migrate freely within the reservoir and across property lines, according to changes in pressure.”[2] The court reasoned that, by contrast, in order to recover gas from a shale formation, “the shale must be fractured through the process of hydraulic fracturing; only then may the natural gas contained in the shale move freely through the artificially created channels.”[3] The court also suggested that the owners of the adjacent tract had, in fact, alleged that the producer had physically invaded their land.

The Pennsylvania Supreme Court reversed the Superior Court’s decision. It pointed out, first, that “Plaintiffs did not assert…that [the producer] had effectuated a physical intrusion onto (or into) their property.”[4] The court explained that, nonetheless, the producer was not challenging the Superior Court’s suggestion to the contrary. Then, turning its attention to the rule of capture, the court rejected the Superior Court’s position that the rule applies only if “the defendant’s gas extraction methodology relies only on the natural drainage of oil or gas within a conventional pool or reservoir” and not if “those methods utilize some means of artificial stimulation to induce drainage.”[5] On this point, the court emphasized that, under its prior, binding decisions, the rule of capture applies even though “the driller uses further artificial means,” such as hydraulic fracturing techniques, “to enhance production from a source common to it and the plaintiff — so long as no physical invasion of the plaintiff’s land occurs.”[6] The court likewise rejected the notion that “drainage from under a plaintiff’s parcel can only occur if the driller first physically invades that property[.]”[7] Whether hydraulic fracturing operations can cause drainage in a “non-invasive” manner, the court explained, “is a factual question to be established through expert evidence.”[8]

The court ultimately remanded the case to the Superior Court. It reiterated that the gas producer had not challenged the “presupposition” that the adjacent owners’ subsurface property had been physically invaded “with hydraulic fracturing fluid and proppants” and, therefore, it instructed the Superior Court to determine “whether Plaintiffs may now proceed on a physical-invasion trespass cause of action[.]” [9]

B.  Hydraulic Fracturing Related Subsurface Trespass Claims in the Future

The Supreme Court’s Briggs decision establishes that, if gas producers use hydraulic fracturing techniques in a way that “drains” gas from properties that they do not lease, they are entitled to the benefit of the rule of capture, which shields them from liability for the drainage as long as they do not physically invade the unleased properties. Under Pennsylvania law, therefore, future claims that producers used hydraulic fracturing techniques to accomplish a subsurface trespass will likely focus primarily on the physical invasion issue. Plaintiffs will seek to demonstrate that the producers caused underground fractures, fluids, or proppants to invade the subsurface formations in their properties. They will therefore concentrate on factors like the location of the hydraulically fractured gas well (relative to their properties) and how, in particular, the hydraulic fracturing operations were conducted. The plaintiffs will bear the burden of proof and, as the Briggs court observed, the analysis will be a fact-intensive one, involving expert evidence. It is therefore unlikely that the claims will be resolved through preliminary objections or summary judgment practice, which may portend lengthy and complex litigation. 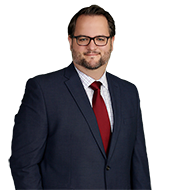