On October 17, 2020, the Standing Committee of the National People’s Congress of China passed and adopted the Export Control Law of China (the ECL), which took effect on December 1, 2020.

Prior to the enactment of the ECL, China regulated imports and exports with control measures and requirements scattered throughout different laws and regulations, including the Foreign Trade Law, the Customs Law, and the Criminal Law, as well as through regulations on the catalogues of technologies and products prohibited or restricted from import or export.  The ECL is the first Chinese law that establishes a comprehensive framework for China’s export control regulations and creates an integrated export control regime.  China enacted the ECL to protect their national security and interests, and to further their commitment to nonproliferation and anti-terrorism.

The earliest draft of the ECL was circulated by the Ministry of Commerce (MOFCOM) for public comments in June 2017 and was amended twice in December 2019 and July 2020, respectively, within the context of escalating trade tensions with certain export markets, particularly the United States.

As a general law comprising 49 articles, the ECL sets out principal provisions, but has left certain questions unanswered.  Various areas of the ECL will need to be supplemented by implementing rules and judicial interpretations.  A variety of current laws and regulations will also need to be amended for the purpose of consistency.

The State Council and Central Military Commission (中央军委) will be the relevant administrative authorities under the ECL.  MOFCOM has been and will continue being the major department under the State Council that enforces China’s export control laws.

Under the ECL, controlled items are classified as follows and are subject to a license management system:

The ECL fails to define “export” but the provisions are widely drafted to cover “deemed exports” and “re-exports” that may be similar to the concepts under the Export Administration Regulations of the United States.

Government agencies will consider the following factors to evaluate and determine whether an export license can be granted for a Controlled Item, but no official review timeline has been proposed:

The ECL requires the government agencies in charge to respond to inquiries on whether an item is subject to the export control system in a timely manner.  Based on our experience, MOFCOM is friendly and in practice, accessible to take public consultation even on a no-name basis.

It has been indicated that the ECL will implement a uniform export control regime by developing certain lists of Controlled Items and an export license management system.  No such lists have been announced yet but they would potentially stem from the current regulations and catalogues of products or technologies that are prohibited or restricted from export, including:

The ECL also creates a blacklist of importers and end-users that violate the requirements under the ECL or may endanger national security or interests.  Chinese exporters are prohibited or restricted from trading with such blacklisted importers and end-users. This should be read together with the List of Unreliable Entities regulation circulated by MOFCOM on September 19, 2020.

According to the ECL, relevant government agencies may impose a temporary control on certain items that are not on the list of Controlled Items for a period of up to two years, which can be canceled or further extended based on the assessment by such government agencies.

The ECL has certain unique, Chinese-specific provisions that may give government authorities in charge a certain degree of discretion.  These include:

The ECL is extraterritorial in scope.  It is applicable to individuals and organizations outside the territory of China that are in violation of the regulatory requirements under the ECL, which endangers the national security interests of China or interferes with the performance of their nonproliferation or other international obligations.

While the ECL provisions are general and the implementing rules have not been published, China will likely strengthen their export control measures and enact or amend the relevant laws and regulations in due course.  As such, export operators and stakeholders should consider taking the following actions as soon as possible:

Should you have any questions regarding the information in this article, please contact us. 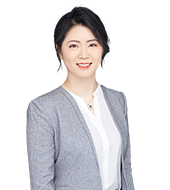