For years, overseas companies that manufacture goods featuring their brands in China only for export have faced issues where a Chinese National had registered their trade mark in China. This is because the owner of the Chinese trade mark has been able to successfully stop the export of genuine product by the overseas brand owner. The question of whether the manufacture of product featuring a trade mark for export, known as Original Equipment Manufacturing (OEM), is an infringement of a registered Chinese trade mark was uncertain in China. However, China's Supreme People's Court (SPC) has recently handed down its decision in Focker Security International (Focker) v Pujiang Ya Huan Locks Co., Ltd (Ya Huan), which has found that the OEM manufacturing of goods will not infringe a Chinese trade mark so long as the relevant goods are manufactured exclusively for export.

Upon the seizure of goods manufactured by Ya Huan featuring the PRETFUL mark by Chinese Customs, Focker sued Ya Huan for trade mark infringement. The first and second instance decisions held that the production by Ya Huan of the goods bearing the PRETFUL mark for export to Mexico constituted trade mark infringement. Ya Huan consequently appealed to the SPC.

The SPC held that a trade mark affixed on OEM products exclusively designated for export, where the person who ordered the goods has a valid trade mark in the exporting country which predates the domestic registration, does not constitute trade mark infringement.

The SPC primarily concerned itself with the function of a trade mark, which is to serve as a badge of origin for certain products or services in the Chinese market. Applied to OEM products, the SPC held that the trade mark does not function as a badge of origin for those products since it never enters the Chinese market and thus does not amount to use for the purposes of trade mark infringement in China. In addition, the Court held that use of the trade mark in such circumstances merely made it technically possible for the Mexican importer, Truper, to exercise its trade mark rights in Mexico.

Deciding whether a mark functions as a trade mark depends on the facts of the case, however, the following factual elements may be influential for OEM products to be labelled as non-infringing:

Remaining Question From the Decision

While this decision confirms the OEM exception, many questions in relation to the wider application of this decision remain unanswered, such as whether companies with a trade mark registration in China who only use OEM for export purposes can be subject to a non-use cancellation. Further, the practical effect also remains to be seen. For example, whether exporters will be able to prevent their goods being seized by Customs or if it will only be a defence once already embattled in litigation.

This decision is significant for overseas brand owners that manufacture their products in China for export. However, whether or not the OEM exception will apply to a certain situation will depend on the individual facts of the case.

If you manufacture your goods in China and wish to know more about the consequences of this decision on your business and your intellectual property rights, please contact us for more information. 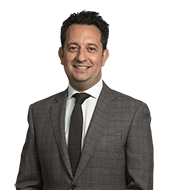 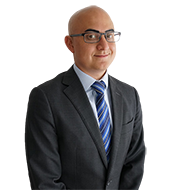