Preservation has long been the cause of significant angst for many litigants, particularly given widely conflicting judicial interpretations within and across jurisdictions regarding appropriate sanctions for the loss of electronically stored information, or ESI.  Perhaps none have been so affected by that uncertainty as the class action defendant, for whom the cost and burden associated with preserving ESI for thousands, or tens of thousands, of putative class members can be staggering.  Recent substantive changes to Federal Rule of Civil Procedure 37(e) were designed to address the serious problems resulting from the exponential growth of ESI and the inefficiencies and significant costs resulting from excessive preservation.

Some jurisdictions seem to require the preservation of all records conceivably related to every single putative class member, which causes many class action defendants — understandably, though reluctantly — to follow the “keep it all” approach to avoid looming sanctions.[1]  Other defendants have been forced to make the difficult business choice between maintaining reasonable and proportional information governance protocols and risking the threat of sanctions for failure to preserve.  Neither option provides certainty, clarity, or comfort.

The recent changes to Rule 37 are designed to profoundly change the game, and provide new opportunities to shape pre-litigation and litigation strategies and practice.  With proportionality and reasonableness leading the charge, the recent rule changes limit the availability of sanctions for the loss of ESI and provide defendants with new tools for addressing preservation.[2]  With an understanding of these new standards and options, class action defendants can and should take comfort that the “preserve everything” or “risk sanctions” options are no longer the only ones available.

Preservation: Before
Prior to December 1, 2015, Rule 37 provided little, if any, guidance as to the obligations for preservation of ESI.  Instead, the nature of parties’ preservation obligations was subject to common law, and in the context of class action lawsuits in particular, the authority interpreting those obligations has been extremely limited.  What limited authority exists has fostered the notion that defendants have little choice but to preserve every conceivable piece of data pertaining to any putative class member.[3]  As a result, defendants have been faced with a Hobson’s choice — take a gamble by continuing to abide by institutional information governance policies and hope to avoid severe sanctions, or keep everything, whatever the cost.  This catch 22 was well-summarized by the United States District Court for the District of Maryland when it noted that “[t]he only ‘safe’ way to [develop a preservation policy] is to design one that complies with the most demanding requirements of the toughest court to have spoken on the issue, despite the fact that the highest standard may impose burdens and expenses that are far greater than what is required in most other jurisdictions in which they do business or conduct activities.”[4]

Preservation: Now
Fed. R. Civ. P. 37(e), while it does not clarify what must be preserved or for how long,[5] goes a long way towards eliminating ambiguity regarding what sanctions courts are authorized to impose for the loss of ESI, and under what circumstances.  What Rule 37 does — and does well — is eliminate the guessing game that once governed the potential consequences of imperfect ESI preservation practices.

Safe Harbor for Reasonable Efforts and Replaceable ESI.  Under the new Rule, no sanctions or other curative measures are warranted or permitted at all unless (i) ESI that should have been preserved is lost, (ii) because a party failed to take reasonable steps, and (iii) it cannot be restored or replaced through additional discovery.[6]  In other words, if a party has taken reasonable steps to preserve but ESI is still lost, or if ESI is lost but can be replaced or recovered (via backup tapes for example), no sanctions or other court involvement is authorized.

Punitive Measures Available Only Where There Is Intent to Deprive (Rule 37(e)(2)).  If the three noted factors are met, a court moves on to a two-step analysis.  First, it must determine whether the non-preserving party intended to deprive another party of the information’s use in the litigation.[7]  If (and only if) such a finding is made, the court may (but is not required to): (1) presume that the lost information was unfavorable to the party, (2) instruct the jury that it may or must presume the information was unfavorable to the party, or (3) dismiss the action or enter a default judgment.[8]

Curative Measures Available if Lost ESI Causes Prejudice (Rule 37(e)(1)).  Absent the finding of an intent to deprive, courts must determine whether there is prejudice to any party as result of the lost ESI.  If the answer is no, the inquiry ends.  New Rule 37 does not permit punishment for punishment’s sake.

If there is a finding of prejudice, courts are limited to ordering measures “no greater than necessary to cure the prejudice.”[9]  The rule stops short of setting forth specific curative measures that a court may consider.  But one important limitation is clear — the sanctions set out in subsection (e)(2), or any sanctions having the same effect, are off the table, because they are available “only upon finding that the party acted with the intent to deprive.”  So whatever curative measures may be developed by the court, the most severe sanctions — which have historically been the driving force behind defendants’ “keep everything” approach to preservation — are not an option if there is no “intent to deprive.”

What Preservation Measures Are “Reasonable?”
The underlying duty to preserve ESI has not changed as a result of the Rule 37(e) amendments, but it has been circumscribed by the concepts of “reasonableness” and “proportionality.”  One stated goal of the amendments to Rule 37(e), then, is to limit over-preservation by requiring that parties take only “reasonable” steps to preserve ESI.  Although revised Rule 37(e) does not spell out exactly what is required to meet the reasonableness standard, the Advisory Committee notes make one thing very clear: reasonableness does not mean perfection.  Instead, determining whether a party’s preservation efforts were reasonable in a given matter will depend on a balance of factors, including, among others, the importance of the ESI to the litigation, the financial and business opportunity cost of preservation, and the parties’ relative levels of sophistication with respect to ESI and preservation issues.[10]

What Does This Mean for Class Action Defendants?[11]

Parties no longer have to fear that an innocent misstep or a lack of sufficient information in the preservation process could lead to case-ending or financially prohibitive sanctions.  Rather, the changes to Rule 37(e) provide a much stronger platform from which they can make sound — and more educated
— business decisions regarding how to proceed with reasonable ESI preservation functions, without pressure from the unpredictable fear of sanctions.

Notes:
[1] See, e.g., Pippins v. KPMG LLP, 2011 WL 4701849 (S.D.N.Y. Oct. 7, 2011) (KPMG sought a protective order to limit the scope of its preservation obligation or to shift a portion of preservation costs to plaintiffs where it was preserving more than 2,500 hard drives at a cost of more than $1,500,000, where there were an additional 7,500 potential opt-in plaintiffs nationwide to a related Fair Labor Standards Act case, and more than 1,500 putative class members in a New York State case).

[5]  The new rule neither creates a duty to preserve, nor sheds further light on when a duty to preserve arises, or the scope or duration of that duty.  Potential litigants must continue to rely upon existing, and often inconsistent, case law to help answer those difficult questions.  Although the Advisory Committee originally considered a rule that would specify the trigger, scope, and duration of preservation obligations, it ultimately determined that a rule that attempts to address these issues in detail simply could not be applied to the wide variety of cases in federal court, and a rule that provides only general guidance on these issues would be of little value.

[8]  Id.  The Advisory Committee notes caution that “intent to deprive” does not necessarily mean that any of the punitive measures identified in subsection (e)(2) are appropriate.  The remedy deployed should fit the wrong, and the severe measures authorized under (e)(2) are not appropriate where the information lost was relatively unimportant or less harsh measures, such as those in subsection (e)(1), would sufficiently redress the loss.

[11]  The best practices for preserving ESI — which are already based on notions of reasonableness and proportionality — have not changed.  Issuing written legal hold notices to appropriate personnel, for example, should, absent exceptional circumstances, still be standard, as should periodic reminders for reevaluating and updating such hold notices.  And, as always, implementation of solid and consistent corporate information governance remains an important, proactive measure that all companies should consider as part of their litigation readiness strategy. 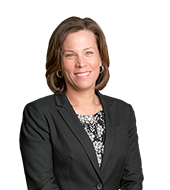