Rich Stoddart’s marketing career spans more than three decades. He was most recently the chief executive officer of InnerWorkings, Inc. and has also served as the chief executive officer for Leo Burnett, one of the world’s largest and most awarded global advertising agencies. He began his career in 1985 at Leo Burnett and served in managerial positions at Fallon, another Publicis Groupe agency headquartered in Minneapolis, as well as the Ford Motor Company. From 2013 to 2015, he served as chairman of the American Advertising Federation and has served as a member of the board of directors of the Hasbro Corporation since 2014.

Listen to learn how Mr. Stoddart’s journey led him to advertising and how the advertising client journey is adaptable in many ways to other professional services. 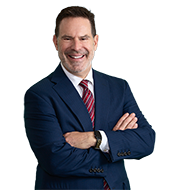