Until fairly recently, non-compete clauses and other employer practices affecting employee mobility and wages were a relatively minor focus of U.S. antitrust enforcement authorities. No more. Over the past few years, the U.S. Department of Justice Antitrust Division (“DOJ”), the Federal Trade Commission (“FTC”), and various state attorneys general have focused significant attention on competition in the labor markets. Three years ago, the DOJ announced a significant change in enforcement policy, warning corporations and executives that, going forward, it would scrutinize and even criminally prosecute “naked” no-poach and wage-fixing agreements between competing employers.[1]  Numerous state attorneys general have been increasingly aggressive in this area, advocating for stronger federal action and initiating their own state actions against particular uses of non-compete clauses and no-poach agreements. Federal legislation has been proposed — and is gaining bipartisan support — regarding the use of non-compete clauses. The plaintiffs’ bar has become increasingly active, challenging the enforcement of non-competes and bringing class actions against employers who enter into alleged no-poach agreements. And just this month, the FTC held a workshop to explore an FTC rule that would significantly limit or perhaps even eliminate the use of workplace non-compete clauses in employment agreements or standalone restrictive covenant agreements.

What do companies need to know about this increased scrutiny? Below, we:

Non-compete clauses typically impose restrictions that prevent workers from accepting employment or at least performing services for competitors for a specified duration and/or in a defined geographic region. These types of clauses are usually found in or are ancillary to employment arrangements or as part of a contract with a service provider. Additionally, non-compete clauses can be part of a sale or business transaction, serving to prevent the seller of a business from competing with the purchaser for a period of time following the closing of the sale. Non-compete provisions can be used to protect valuable corporate assets, such as trade secrets, intellectual property, proprietary information, and business goodwill. Specifically, non-compete clauses are integral in regard to those employees who possess information that, if disclosed, could jeopardize a company’s business either post-sale or following the termination of employment. Related provisions, such as non-solicitation clauses, are used in conjunction with a non-compete clause or as an alternative provision to restrict a worker from soliciting a former employer’s customers or employees for a specified time. According to recent surveys that were highlighted by FTC Commissioner Rebecca Kelly Slaughter’s remarks at the FTC Workshop, an estimated 16 to 18 percent of workers in the United States are subject to a non-compete clause. Further, almost 14 percent of workers who earn less than $40,000 a year are parties to non-compete agreements.

The enforceability of non-compete clauses is governed by state common law. In addition, many states have enacted statutes governing the use and limits of such provisions. In certain jurisdictions, non-compete clauses are entirely or largely unenforceable, regardless of the impact that competition may have on an employer’s business. For example, in California, [2] employee non-compete provisions restricting post-employment conduct are generally void and unenforceable. Other jurisdictions that limit the use of non-compete clauses outside of the sale of business context include those in North Dakota [3] and Oklahoma.[4]  Various industries also are subject to specific restrictions, including attorneys, physicians, and the financial industry. Finally, in a growing number of states, such as Illinois,[5] Maine,[6] Maryland,[7] New Hampshire,[8] Rhode Island,[9] and Washington,[10] employers are prohibited from using non-compete clauses with low-wage workers.

To be enforceable, a non-compete clause must satisfy contract law requirements — most importantly, being supported by adequate consideration — as well as state-specific legal requirements and analysis. For non-compete clauses used in the purely employment context, in many states, employment or continued employment — even “at-will” — is sufficient consideration if the non-compete agreement is entered into at the start of the employment context. However, in certain jurisdictions, employees must be provided an additional benefit, such as additional monetary consideration (e.g., a signing or retention bonus), highly specialized training, or a promotion or raise tied to the imposition of the non-compete. Other jurisdictions require a threshold period of employment before a non-compete provision can be enforced.

States, either through statute or case law, generally follow the principle that the restrictions on employees must not be any greater than necessary to protect the employer’s legitimate business interests, sometimes referred to as “protectable interests.” Though there are few bright-line rules, states typically evaluate whether the restrictions contained in a non-compete clause are reasonable in both duration and scope, although the interpretation of what constitutes “reasonableness” varies among jurisdictions. As a general matter, non-compete agreements entered into as part of a sale of business transaction are subject to a much lower level of scrutiny than those arising in the employment context. Temporal reasonableness is generally determined by evaluating the unique facts of each case. A handful of states, including Utah [11] and Massachusetts,[12] have enacted statutes that set out temporal limitations regarding reasonable durations. Further, other states, such as Florida, [13] Georgia,[14] and Washington,[15] identify durations that are presumptively reasonable ranging from six months to two years. In terms of the geographic scope of a non-compete clause, reasonableness is generally determined by the locations where the company conducts business. However some states have imposed limitations on geographic location, limiting it to the location of the employee’s activities or the specific geographic areas for which the employee was responsible. Overall, the enforceability of a non-compete clause ultimately will depend upon the governing jurisdictional law and the specific facts of each case.

As noted above, the 2016 issuance of DOJ’s and FTC’s Antitrust Guidance for Human Resource Professionals commenced a new era of increased scrutiny by government regulators of non-compete clauses and other labor market restrictions.

In particular, state attorneys general have aggressively pursued actions against fast-food restaurants and other national chains for their use of non-compete provisions with their more rank and file employees. For example, Illinois filed a lawsuit against Jimmy John’s for “imposing highly restrictive non-compete agreements on all its employees.” Likewise, the state of Washington launched a “Worker Protection Initiative,” through which the attorney general litigated to eliminate no-poach clauses in franchise agreements as well as the use of non-compete agreements by a Seattle-area coffee chain that prevented employees from working at any competing coffee shop in all of northwest Washington.
Certain states, like California, have a history of not recognizing or enforcing non-compete clauses, but now a coalition of state attorneys general are urging the FTC to ban the use of non-compete clauses in employment agreements on a national level. In a letter submitted to the Chairman of the FTC in November 2019, 19 states urged the FTC to “use its rulemaking authority to bring an end to the abusive use of non-compete clauses in employment contracts.”

In early January, the FTC held a public workshop to examine whether the FTC should promulgate a rule to restrict the use of non-compete clauses in employer-employee employment contracts. Two of the FTC’s five commissioners — Rebecca Slaughter and Noah Phillips — delivered prepared remarks. Commissioner Slaughter, a Democratic appointee to the FTC, called on the FTC to use its rulemaking authority to restrict “unjustified and anticompetitive non-compete clauses” in employment contracts. “The workshop we are having today is a valuable mechanism for the FTC to gather information and learn more about the impact non-compete provisions have on firms, workers, and the economy,” said Slaughter. “But information gathering should not be the end of this exercise; we should also take action,” she said, citing the efforts by state and federal legislative efforts and proposals to limit non-compete usage and enforcement.

Commissioner Phillips, a Republican appointee to the FTC, took a different position, stating that “evidence on the effects of non-competes seems to tell both sides of the story, indicating harms to workers, but also benefits in some contexts.” Phillips questioned the FTC’s legal basis to address non-competes through a rulemaking — noting that the FTC issued a “competition rule just once in its history” and that rule was never enforced and was later withdrawn. Phillips’s reluctance to support a new FTC rule was based on what he described as “fundamental questions about the Constitution and its separation of powers” — that is, whether Congress alone, and not the FTC, had the authority to limit “unfair methods of competition.”

Notwithstanding their different positions, both commissioners cited federal and state legislative policymaking over non-competes. Among those efforts is a federal bipartisan bill — the Workforce Mobility Act — introduced by Sens. Chris Murphy (D-CT) and Todd Young (R-IN), which would eliminate the use of non-compete clauses in employment agreements, with certain exceptions for partnership dissolutions and sales of businesses. “Non-compete agreements stifle wage growth, career advancement, innovation, and business creation,” said Sen. Young. “A complete reform of non-competes will empower our workers and entrepreneurs so they can freely apply their talents where their skills are in greatest demand.”

While this bill remains pending before the Senate Committee on Health, Education, Labor, and Pensions, Sens. Murphy and Young — who are joined by seven other senators — urged for “FTC action” that would restrict the use of non-compete clauses in employment contracts. In a letter to all five FTC commissioners, the bipartisan group wrote that “the broad use of non-compete clauses in the American economy is anti-competitive and workers are often bound to these clauses through deceptive practices,” adding that the “FTC has a duty to reduce or eliminate anti-competitive and deceptive acts.”

Employers should take note of the current policy debate and enforcement climate related to non-compete covenants in the labor market. We recommend careful consideration of the need for including them in any current or anticipated employment agreements to mitigate the possibility that such provisions would be declared unenforceable or attract civil or criminal enforcement actions. The following practical tips can help mitigate antitrust risk.

When considering the use of non-compete clauses in employment agreements outside of the sale of business context, ask yourself the following questions:

When considering restrictive covenants in agreements with labor market competitors (such as other employers), consider the following:

The legal landscape for the enforceability and acceptable breadth of non-compete clauses and other restrictions on employee mobility continues to change, in some cases dramatically. The DOJ clearly views the use of naked no-poach agreements as per se illegal, and certain states outlaw non-compete provisions. Beyond that, companies face growing uncertainty regarding the boundaries of practices and contractual provisions that, for many, may be routine. We advise companies to take a fresh look at their practices and contractual forms in this area and ensure they are knowingly aligning their business practices and risks.

K&L Gates antitrust practice members defend individuals and companies in a wide variety of criminal cases and civil litigation in the United States, including against allegations of no-poach agreements. The antitrust and labor, employment and workplace safety practice groups also counsel on a wide variety of employment issues — including non-compete clauses — and provide corporate training on how to remain compliant with U.S. antitrust and employment laws.

[1] Since that time, DOJ officials have announced the existence of active investigations in this space. 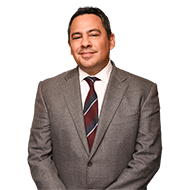 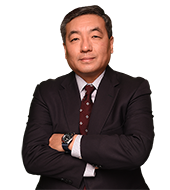 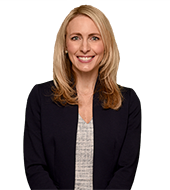