Despite its long history of use, PFAS (per- and polyfluoroalkyl substances) are increasingly being detected in drinking water in some parts of the country. This has triggered concerns from Congressional Members from Michigan, Pennsylvania, West Virginia, Colorado, Delaware, New Jersey, New York, and other states to call on the Environmental Protection Agency (EPA) to regulate and clean up PFAS contamination.

PFAS are man-made chemicals that have been used in industry and consumer products worldwide and in the United States since the 1950s. Although two of the most common chemicals in the PFAS family – perfluorooctanoic acid (PFOA) and perfluorooctane sulfonate (PFOS) – are no longer manufactured in the United States, they are still produced overseas and imported in many consumer products. Among the current uses of PFAS are in firefighting foams used at military bases and airports, non-stick cookware, water-repellent clothing, stain resistant fabrics and carpets, cosmetics, and grease, water, and oil resistant products.

For years, the EPA has considered designating PFAS as a hazardous substance under the Comprehensive Environmental Response, Compensation, and Liability Act (CERCLA or Superfund). However, no PFAS chemicals are currently listed as hazardous substances. More recently, EPA has considered setting drinking water limits for PFOA and PFOS under the Safe Drinking Water Act (SDWA). Recent reports suggest that EPA will not set such limits, which has triggered an immediate bipartisan response from 20 U.S. Senators. EPA, has not yet responded to the letter, but plans to unveil a PFAS management plan now that the partial government shutdown is over.

Despite EPA’s anticipated PFAS management plan, the absence of national standards for addressing PFAS has triggered litigation against manufacturers and users of PFAS as a mechanism to force action. In one such case, Kristen Giovanni, et al., and Dorothy Palmer et al. v. Navy a three-judge panel of the U.S. Court of Appeals for the 3rd Circuit held that the Resource Conservation and Recovery Act unequivocally waives the federal government sovereign immunity thereby allowing for state-law medical monitoring claims. This decision potentially opens the door for scores of similar claims unless the court reconsiders its ruling, which the Navy has asked the court to do.

In the meantime, Congress is not waiting for the litigation to run its course or for the EPA to act. Some in Congress believe the EPA’s PFAS management plan may be too little and too late and are calling for faster action and more regulation. In particular:

Because of the very early attention from Congress this year, we should expect hearings with a diverse set of witness to be scheduled in the coming weeks. We should also expect Members of Congress from Michigan, Pennsylvania, and other affected states to keep the pressure on EPA to issue and implement a meaningful PFAS management plan and to also push legislation that will make PFAS chemicals eligible for federal cleanup funding.

Any and all who manufacture or use products with PFAS should monitor these EPA and Congressional activities. Stakeholders should consider engaging with policymakers to shape proposed regulations and legislation and advocate for a balanced and reasonable approach for managing PFAS. 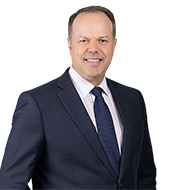