On 22 August 2019, the Federal Court of Australia (Federal Court) delivered a judgment that provides guidance on the framework within which cross-border cooperation between courts located in different jurisdictions might occur.

In Kelly, in the matter of Halifax Investment Services Pty Ltd (In Liquidation) (No 5)1, the Federal Court accepted submissions on behalf of the liquidators of the Halifax financial services group, which operated in Australia and New Zealand, that the case "presents as a classic candidate for cross-border cooperation between courts to facilitate the fair and efficient administration of the winding up".

The matter, in which K&L Gates acted for the liquidators of Halifax Investment Services Pty Ltd (In Liquidation), involved consideration of potential coordination of proceedings between the Federal Court and the High Court of New Zealand. The decision has important implications for cross-border judicial cooperation more broadly.

Background
Halifax Investment Services Pty Ltd (In Liquidation) (Halifax Australia) was a financial services provider which traded financial products on behalf of its clients through a number of electronic trading platforms. A subsidiary of Halifax Australia, Halifax New Zealand Limited (In Liquidation) (Halifax NZ) was also a financial services provider. The total number of investors across Halifax Australia and Halifax NZ was in excess of 10,000, of which approximately 25% of clients resided outside Australia, mostly in New Zealand and China.

In November 2018, Halifax Australia and Halifax NZ were placed into administration. In March 2019, creditors resolved to place the companies into liquidation, appointing Morgan Kelly and Phil Quinlan of KPMG (formerly Ferrier Hodgson) as liquidators (Liquidators).2

As a result of the issues identified, the Liquidators approached the Federal Court for judicial advice as to how they should manage distributing the deficient commingled trust funds. In particular, they sought advice on whether there should be a "pooling" (or grouping) of the commingled funds and proportionate distributions or, if not, what approach should be taken. The Liquidators indicated that a mirror application for judicial advice would be made in the High Court of New Zealand (NZHC).

Application
The Liquidators sought to overcome the risk that, should the Liquidators' applications in New Zealand and Australia not be coordinated, there could be inconsistent findings, directions and advice in each of the jurisdictions. This would carry the consequence of additional litigation and potential detriment to the creditors of Halifax Australia and Halifax NZ.

In order to reduce this risk and achieve coordination, the Liquidators sought orders under section 581(4) of the Corporations Act 2001 (Cth) (Act) that the Federal Court issue a letter of request to the NZHC to act in aid of and auxiliary to the Federal Court by agreeing to hear and determine the proposed New Zealand application by sitting jointly with the Federal Court. This would enable each court to hear all of the evidence and submissions in both proceedings together (including submissions and evidence adduced by those who may be joined to either proceeding or who may be given leave in either proceeding to be heard). It was proposed that the courts deliberate together, although ultimately each court would deliver its own judgment.

Decision
As this was a case where the effective exercise of the Federal Court's jurisdiction in New Zealand may be affected by a lack of recognition by the NZHC, Justice Gleeson accepted that the Federal Court could request that the NZHC hear the proposed New Zealand application concurrently with the Australian application, at least to the extent that any pooling order of the kind which might be made will require recognition in New Zealand.

Her Honour expressed the view that this case presents as a "classic candidate" for cross-border cooperation between courts to facilitate the fair and efficient administration of the winding up of Halifax Australia (and Halifax NZ) that will protect the interests of all relevant persons, particularly the investor clients of Halifax Australia and Halifax NZ who may have claims against the funds held by Halifax Australia. Her Honour also said that she did not have "any difficulty with the general proposition that this Court and the NZHC should endeavour to cooperate to the extent possible to promote the objectives of the liquidations of Halifax AU and Halifax NZ. Nor do I have any difficulty with the general idea that such cooperation could include a concurrent hearing of this court and the NZHC, if the NZHC were amenable to such a hearing".3

Her Honour also accepted that, while a matter for the NZHC, the NZHC had the power to accede to such a request pursuant to section 8 of the Insolvency (Cross-border) Act 2006 (NZ).

Framework for cooperation between courts
Referring to the decision of Jacobsen J in Parbery; in the matter of Lehman Brothers Australia Limited (in liq)4, her Honour noted that cooperation between courts will generally occur within a framework or protocol that has previously been approved by the court and is known to the parties in the particular proceeding. In this case, the application for the issue of a letter of request had been made on an ex parte basis which meant the framework was not yet known to all potential parties.

Submission on UNCITRAL Model Law
As part of the application, the Liquidators also made a submission relating to the Model Law on Cross-Border Insolvency of the United Nations Commission on International Trade Law (Model Law). Their submission was that because Halifax Australia and Halifax NZ are separate corporate entities, it appeared that mutual recognition of the liquidation under the Cross-Border Insolvency Act 2008 (Cth) (by which the Model Law is given force of law in Australia) would not assist the Liquidators. This submission was made on the basis that the Model Law is concerned with addressing single entity insolvent administrations where the assets of the entity are located in multiple jurisdictions.

Impact of the decision
The Federal Court's decision in this case has shown that, where appropriate, the Federal Court is willing to facilitate the cross-border coordination of insolvent corporate groups under section 581(4) of the Act by way of a letter of request and that this coordination could include a concurrent hearing of the Federal Court and a court based in another jurisdiction. The cooperation between courts in different international jurisdictions, which would once have been regarded as entirely novel, may now be a welcome option for liquidators to achieve a more efficient liquidation of insolvent corporate groups, even where the Model Law is inapplicable. 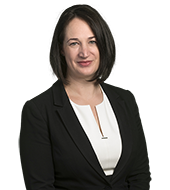 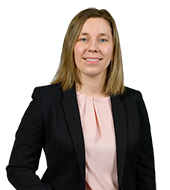 Find more items tagged as: Restructuring and Insolvency
Return to top of page