The Bureau of Ocean Energy Management (BOEM) does not need to conduct full environmental reviews under the National Environmental Policy Act (NEPA) when granting an offshore wind farm lease, the D.C. Circuit Court of Appeals has affirmed. The decision followed a lawsuit by commercial fishing organizations and seaside municipalities who claimed that BOEM violated NEPA and the Outer Continental Shelf Lands Act (OCSLA) when it auctioned an offshore lease to Equinor (formerly Statoil) without performing an environmental review of the anticipated windfarm project. The decision puts to rest the question of whether a mere lease sale may trigger extensive environmental review under NEPA, potentially streamlining the initial lease acquisition process, but also requiring the investment of significant funds before developers have cleared environmental review.

In Fisheries Survival Fund, et al. v. Sally Jewell, et al.,1 plaintiffs challenged BOEM’s issuance of the lease, arguing that it violated NEPA because it failed to analyze the environmental impacts of constructing and operating a wind energy facility. Leases for offshore energy projects proceed under different processes depending on whether BOEM or the developer proposes an area for lease. Either way, BOEM must consult with state task forces, other state and local representatives, and with representatives of Indian Tribes whose interests may be affected. Before issuing a lease, BOEM follows a four-step process, issuing a Call for Information and Nominations, completing the Area Identification process, publishing a Proposed Sale Notice, and publishing a Final Sale Notice.

Here, BOEM published an environmental assessment at the same time it published the Proposed Sale Notice for the wind energy lease at issue. The environmental assessment found that the reasonably foreseeable impacts of the lease sale would not significantly impact the environment. Plaintiffs argued that that more extensive environmental review was required, not just of the lease itself but of the full impacts of the anticipated wind farm, alleging that BOEM violated NEPA by failing to perform this more extensive review. BOEM maintained throughout the litigation that additional analysis and environmental review under NEPA was not required until Equinor conducted a site assessment and proposed a construction and operations plan for the wind energy facility.

The District Court sided with BOEM, finding plaintiffs’ claims unripe because, while BOEM had granted a lease to Equinor, it had not yet approved a site assessment plan or construction and operations plan for the proposed facility. The Court of Appeals affirmed, noting that lease did not, by its own terms, authorize any activity within the leased area. Furthermore, the lease reserved to BOEM the right to approve or disapprove the site assessment plan or construction and operations plan if the environmental consequences of either would be unacceptable. Because of this retained authority to approve the project, the Court of Appeals found that BOEM’s obligations under NEPA were not triggered because the project had not reached “a critical stage of a decision which will result in irreversible and irretrievable commitments of resources to an action that will affect the environment.”2 While the court noted that Equinor had already invested US$42 million in securing the lease and would expend additional sums preparing the necessary plans, these expenditures did not give rise to a de facto commitment on the part of BOEM to approve the project.

The decision confirms that offshore wind developers can secure an offshore lease for a wind farm without an assessment of environmental impacts of that farm. However, this cuts both ways. While the decision will help streamline a key initial step in offshore wind development, required environmental reviews that follow this same approach will occur after a developer has committed significant resources toward its project. Developers should also note that plaintiffs may attempt to assert claims other than those brought under NEPA, like the OCSLA claims the plaintiffs untimely asserted here.3

As NEPA practitioners and industry veterans know, the environmental review process is fraught with complexity. Early planning and communication with relevant agencies and stakeholders are essential components to a successful NEPA strategy. The decision here raises the stakes for developers because public involvement in the NEPA process is delayed. Developers should therefore consider engaging with other stakeholders early in the process to identify potential impacts before they arise later in formal environmental reviews.

3 Neither the District Court nor the Court of Appeals addressed the ripeness or merits of plaintiffs’ claims under OCSLA. Instead, both courts found these claims were procedurally barred due to plaintiffs’ failure to observe the statutorily mandated sixty-day waiting period. See 43 U.S.C. §1349(a)(2)(A) (with one exception, “no action may be commenced . . . prior to sixty days after the plaintiff has given notice of the alleged violation, in writing, under oath, to the Secretary”). 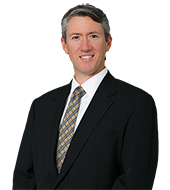