Recent developments in the law of penalties mean that lenders should carefully review how their default interest provisions operate and whether the amount claimed as default interest can be justified as a genuine pre-estimate of loss.

The decision in Sayde Developments Pty Ltd v Arab Bank Australia Limited [2016] NSWDC 76 is a timely reminder of the principles a court will apply to determine if default interest charge under a commercial loan agreement is a penalty.

The case considered whether charging default interest on the whole outstanding principal amount (rather than the overdue amount) was extravagant and unconscionable in comparison to the greatest loss likely to be incurred by the financier and was therefore liable to be set aside as a penalty.

In determining if the default interest charged was a penalty the Court applied the following principles:

The Court held that the default interest payments made to the financier were penalties and unenforceable and were repayable to the borrower together with interest.

In coming to this conclusion the Court found that imposing default interest on the whole outstanding amount was extravagant and unconscionable and exceeded the greatest loss that could have proven to have resulted from the failure to make the interest payments on time and therefore was not a genuine pre-estimate of damage.

If you cannot objectively justify the default interest charge imposed based on your likely greatest conceivable loss (assessed by reference to your recovery and administration costs and cost of funds), it may be time to re-assess and modify your default interest provisions.

There are structuring and drafting techniques which can be utilised to improve the likelihood of a payment of default interest withstanding an attack as a penalty. These techniques include:

Finally, although this Legal Insight deals with the doctrine of penalties, default interest provisions may also be set aside as unjust in New South Wales under the Contracts Review Act 1980 (NSW) or as unconscionable under section 12CB of the ASIC Act 2001 (Cth) or equivalent State Fair Trading legislation. From 12 November 2016, a default interest provision may potentially be declared unfair and set aside under the unfair contracts regime in sections 12BF- 12BM of the ASIC Act 2001 (Cth) if it is contained in a "small business contract" which is a "standard form contract". 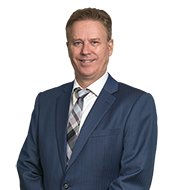 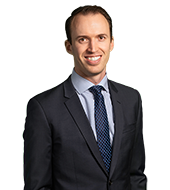